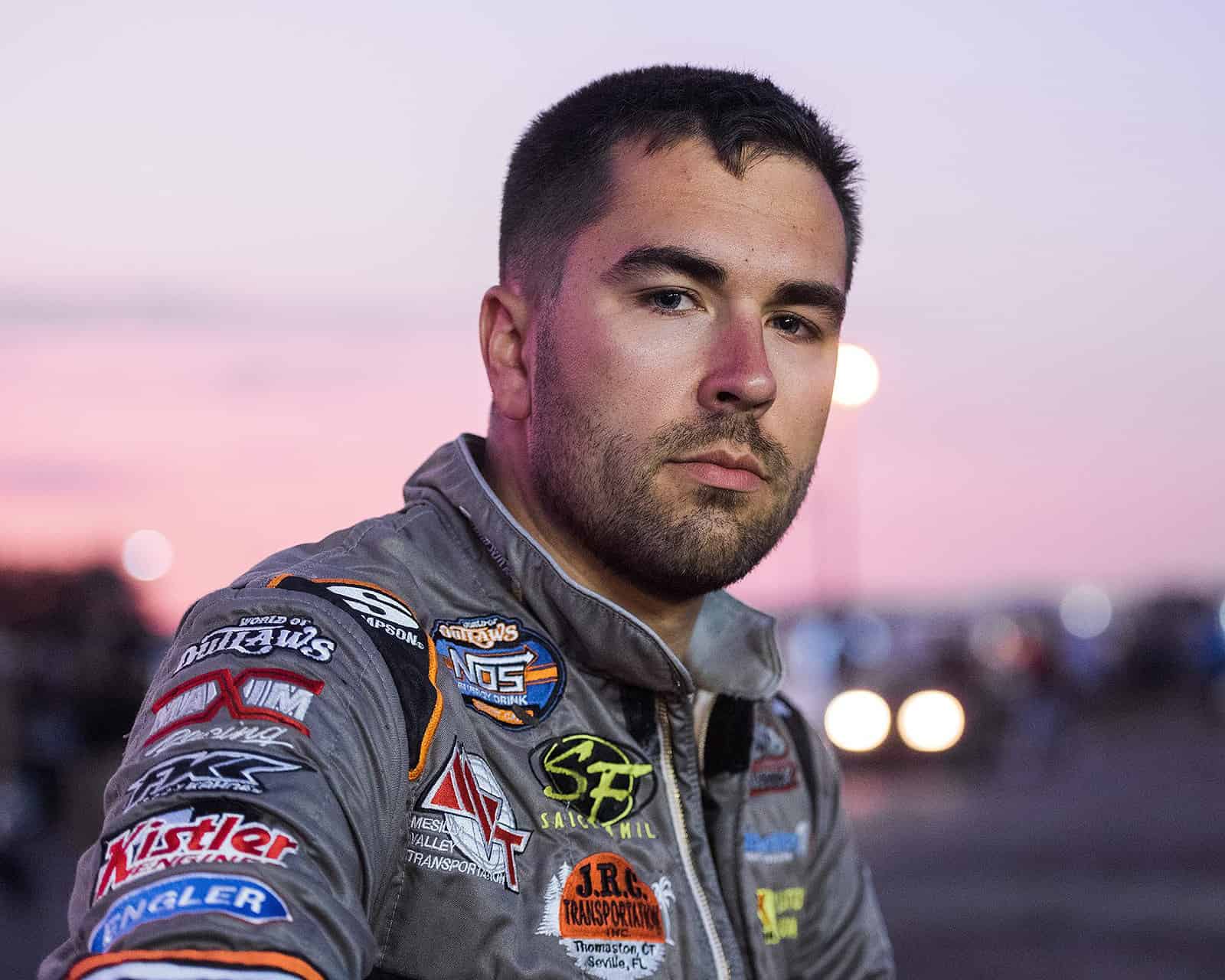 The sprint car world descends on Iowa, with defending Knoxville Nationals champion David Gravel establishing himself as the clear favorite in 2021.

The win also allowed Seavey to join Justin Grant as the second driver to score wins on all three USAC national tours (Silver Crown, sprint cars and midgets) in 2021. Seavey became the fifth different winner in the first five Silver Crown races of the season.

Overcoming a last-second engine change after his car wouldn’t fire for Monday’s dash, Kyle Larson powered past both Daryn Pittman and race leader Brian Brown at the midway point of Monday’s feature, surviving a late-race challenge from Brown after a yellow flag flew with six to go to win the highest-paying race yet of sprint car racing’s annual Iowa invasion.

Brown, who did have a shot at Larson in the closing laps, told the crowd in his post-race interview that he would have challenged Larson harder had he not been trying to preserve his race car for the week’s impending Nationals at Knoxville.

Current Short Track Super Series points leader Matt Sheppard led the final 39 laps of Tuesday’s 55-lapper at Woodhull, but it came down to less than a car length after Sheppard’s struggles in lapped traffic allowed Andy Bachetti to make a late-race charge.

Sheppard prevailed in an ugly feature race that was marred by seven yellows and a red flag. Mired from the start after a bad pill draw and an eventful heat race, Stewart Friesen spun on out while battling for the top five on lap 36 and finished 20th, dropping to fourth in the series standings.

David Gravel picked up right where he left off at Knoxville, besting current Huset’s Speedway 410 sprints points leader Justin Henderson with four laps to go to score the first of two $12,000-to-win preliminaries at the sprint car capital of the world. Gravel also won the Capitani Classic feature at the track on Sunday night.

The statement week continues for @DavidGravel!

He follows the Capitani Classic victory with his second-straight #NOSvilleNationals preliminary win aboard the @BigGameMotorspt #2. pic.twitter.com/4aMmctf7yM

Henderson, who in the early laps ran away from the field with blistering speed that’s led him to multiple feature wins at Huset’s, had no chance of stymieing Gravel’s run through turn 2 on lap 22. Polesitter Zeb Wise, who scored a 25th-hour Knoxville ride filling in for injured USAC regular Buddy Kofoid, led the opening lap but fell back before bringing out the only yellow of Wednesday’s feature; it wasn’t clear at the time of this writing whether it was a result of a blown engine or broken rear end.

New Waverly, Texas’s Tyler Erb has behaved himself in 2021 ever since his dustup with Mason Zeigler at East Bay Raceway Park during Speedweeks, and racked up more than $100,000 in first-prize money since being suspended from World of Outlaws and DIRTcar competition for on-track antics at the USA Nationals last summer. As such, a suspension that has lasted over a full year is set to end Sept. 1, pending Erb’s applying for a DIRTcar license.

Hanover, Pa.’s Logan Schuchart’s throwback paint scheme for Knoxville this week is badass with a capital B.

It wasn’t as dramatic a dollar swing as when Larson won $1 million in NASCAR’s All-Star Race, then caught a plane to Ohio to score a $6,000 All-Star Circuit of Champions sprint car win the next day, but seeing Larson go from winning on the road course of Watkins Glen to grabbing a $21,000 sprint car win in Iowa the next day was example No. 1,026,000 of how the No. 5/6/57 pilot is the most talented race car driver in America right now.

Seavey’s win at Selinsgrove Sunday was well-deserved, but Leary’s runner-up finish was equally impressive considering he ran the entire feature on the USAC equivalent of an ultra-soft right-rear tire without a failure.

The star of the show Tuesday night at Woodhull was none other than Billy “the Kid” Van Pelt, who was visibly relentless in charging from the rear of the field along the high side of the racetrack to finish fourth, ridding the lip of the banking nearly the length of the New York bullring. Given his speed, Van Pelt would have been a threat for the win …

… had Mr. Van Pelt not absolutely bowled over David Schilling on lap 4, triggering an eight-car pileup that brought out the red flag and incurring a penalty that sent him to the back of the pack.

There’s no doubt that Gravois Mills, Mo.’s Ayrton Gennetten is showing much-improved speed in his 410 sprint car, but it’s been a costly week so far. The driver of the No. 3 suffered a mechanical failure while leading his heat race in the Capitani Classic at Knoxville Sunday, then flipped his car in qualifying at Southern Iowa on Monday.

What's left of Ayrton Gennetten's car after that.

He's already changed and ready to go to work on it. pic.twitter.com/dSQ9is1pvS

Of course, maybe that’s just getting the bad luck out of the way? Gennetten won his heat race at Knoxville Wednesday night.

Allentown, Pa.’s Briggs Danner was arguably the driver of the race in the USAC East Coast wingless sprint support race at Selinsgrove on Sunday, but that aggression came back to bite when Danner. Having made up nearly a half-straightaway deficit in the last three laps of the feature, he took the race lead from leader Alex Bright on the white-flag lap with an aggressive slider, only to overdrive turn 3 and flip his car coming to the checkered flag.

Bob Jenkins was a motorsports presence that transcended both asphalt and dirt. Plenty of my Frontstretch colleagues have written eloquently in his memory, so just a simple reminder here that even those of us on the dirt side of the aisle lost someone truly special this week. Bob, you will be missed sir.

Bob Jenkins was & forever will be a legend – a friendly voice synonymous with auto racing.

To us, he was the voice & host of the USAC Thunder series, but most importantly, he was our friend.

His voice & memory will forever be with us. Never forgotten, we'll miss you, Bob. pic.twitter.com/aRRRzWhpQI

Given the marketing disaster that continues to be World Racing Group’s seeming inability to get the USA Nationals to be a non-PPV part of DirtVision like every other World of Outlaws Late Model Series race is, the decision to make a major announcement about Erb’s reinstatement AFTER the USA Nationals in 2021 were contested is such a major missed opportunity. Nothing that happened on track over the weekend had any impact on the decision to reinstate Erb, so why not reinstate him a year removed from last year’s fiasco? Speaking personally, I’d have given more consideration to paying the PPV ransom to watch that show.

Alright, I get the idea of attaching points to qualifying, heats and the features to make sure that every lap turned during Nationals competition means something. But there is no way you’re going to convince me that the winner of the night’s feature race should leave preliminary night third in points.

Leave the points system alone, and write a clause in the rulebook that states if the prelim winner has fewer points than the points leader, they earn the same points as the points leader plus one. Of course, that shouldn’t be needed … winning the prelim should pay enough points to make the winner the leader.

Let’s just say there was nothing sportsmanlike about the STSS sportsman heat races run at Woodshull on Tuesday night. Watching those ugly AF center-drive mods play bumper tag with their mini-grills still looks odd to me on camera.

A total of 64 410 sprint cars contested Sunday night’s Capitani Classic at Knoxville. Despite being only 26 miles removed from said Knoxville Raceway, only 24 410 sprint cars showed up to contest the $21,000-to-win Front Row Challenge at Southern Iowa Speedway on Monday. Yes, Knoxville is the big prize, and race runner-up Brown even conceded racing conservatively to save his car, but that now marks two five-figure sprint car features in a week within driving distance of Knoxville that didn’t have to run B-mains. Looking at how packed the grandstands at Southern Iowa were, can’t blame the promoters.

In my time watching NASCAR, I always looked forward to “Crank it Up” segments. Listening to the God-awful audio quality that plagued DirtVision’s opening night coverage at Knoxville, I’ve never been more inclined to tune out noise from a racetrack.

This high pitch squeal going on with the @dirtvision microphone is gonna get irritating, real quick.

Add yet another racetrack to the endangered species list. The Stockton Dirt Track in California finds itself squarely in the crosshairs now, with the city unveiling plans to utilize the racetrack portion of the fairgrounds property to build housing, some of which will be “affordable” (no idea what the hell that means in California). The battle is likely lost before it starts, given how endangered a species any form of racetrack is in the West Coast People’s Republic, but Ron Capps’s public plea is worth a listen and signature.

Thank you Ron Capps for your support. We need everything we can get to fight this fight ? SAVE OUR RACETRACKS ?❤️?…

0 – flip count after the first night of the Knoxville Nationals (that’s a very good thing).

49 – 410 sprint cars entered for the first preliminary night of the Knoxville Nationals.

Where it Rated (on a scale of one to six cans with one a stinker and a six-pack an instant classic): Sprint car racing’s midweek residency in Iowa leads a stretch we’ll give three and a half Grapples (see below for more info). The Larson/Brown battle at Southern Iowa was compelling, and Wednesday’s battle for the final B-main transfer spot at Knoxville was good hard stuff. An ugly modified show at Woodhull and an uneventful Silver Crown race at Selinsgrove evened those high points out.

Champion @DavidGravel Signature Drink for the Knoxville Nationals is the "The Grapple" with Crown Apple, Cranberry add Lime! Comes with a souvenir cup while supplies last. Look for them NOW at the Knoxville Raceway Liquor Stands! pic.twitter.com/3qR5Kmkp8M

Up Next: Better make sure you have two screens ready this weekend. It’s a banner weekend for super late models, with the $50,000-to-win North/South 100 taking to the always racy Florence Speedway. But it’s even more so for the sprint cars, with the seminal Knoxville Nationals being contested all week long. Coverage of these events can be found on MAVTV Plus and DirtVision (annual subscribers only), respectively.

Well just got interested in sprint car racing again watched the silver dollar speedway fireworks and racing , pretty good turnout. I will be there 8 ,9,10,11 gold cup world of outlaws , hope to see Brad Gravel run that beautiful #2 been following him for last couple month’s my daughter and I love to watch you on you tube. Good luck and if for any reason you don’t make to chico you have a merry Xmas