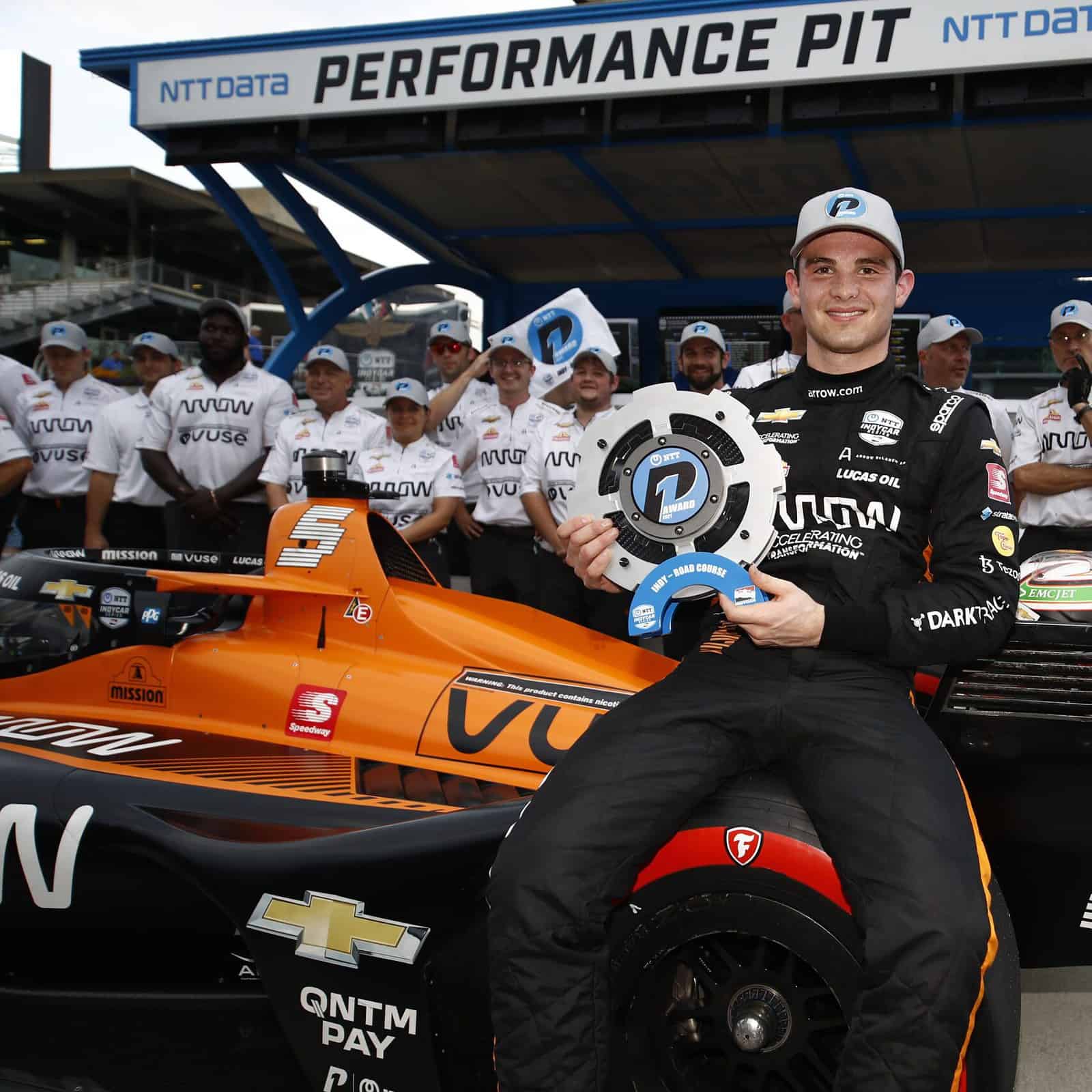 This was the Mexican racer’s first pole position since the first race of the Detroit doubleheader back in June and with no finish better than eighth in the last three races, this could help start a late season charge for the 2018 Indy Lights champion.

“It feels like a breath of fresh air,” O’Ward said. “It just shows us what we’ve been working on in testing, in our mini break, worked. I’m very excited. Not just for tomorrow, I really want to, like I said, turn the page this weekend. I feel like we have. We’ve done a good job so far.

“But tomorrow we have a big job ahead. Just keep doing it. Gateway is coming up. We had a very strong race there last year. Portland, Laguna, they’re all tracks I really enjoy. I think we’re going to have a strong package. We have to maximize every single one and I think that’s going to put us right where we want to be.”

For Power, the gap from first to second averages out to losing a few ten-thousandths of a second per corner over the course of the lap. There’s always that one corner though that a driver could look back on and think what could have been.

“Yeah, there’s always a little bit there, I mean, I have to say made no mistakes in there, it was a neat lap,” Power said. “Always a little bit of something there. Yeah, no, obviously everyone was kind of at the limit of their cars. We were all on the same 10th. I don’t think anyone was going to go like 2/10ths quicker. Maybe a couple hundredths in it. Pato did a phenomenal lap to be on pole.”

Third fastest was Romain Grosjean in the No. 51 Dale Coyne Racing with Rick Ware Racing Honda ahead of IndyCar debutant Christian Lundgaard in the No. 45 Rahal Letterman Lanigan Racing Honda.

INDYCAR used the Detroit Grand Prix qualifying format for this round where the first round was two groups of 14 cars and the fastest six from each group competed in a second round that determined the front 12 grid positions.

In the first group, Power managed to top the group over Jack Harvey, Conor Daly, Simon Pagenaud, Colton Herta and Rinus VeeKay. Most notably to be eliminated in that group was 2021 Indianapolis 500 winner Helio Castroneves, who will start 23rd after placing 11th in the first group.

Scott Dixon spun coming off of turn 10 and rolled backwards down the track along the drivers’ right side of the road. Waved yellow flags caused by his spin meant that Dixon would lose his fastest lap, dropping the six time IndyCar champion down to 26th position on the grid.

However, Dalton Kellett, Rosenqvist and James Hinchcliffe would all lose their final lap time because they did not reduce their speed when the yellow flag was displayed. Rosenqvist did not advance to the Fast 12; the Swedish driver will start 20th instead while Hinchcliffe is 24th and Kellett will start 28th. Marcus Ericsson advanced after Rosenqvist’s time was deleted.

Of note in group two, seven time NASCAR champion Jimmie Johnson was actually in the group set to advance before other drivers set their best lap times in the session. While Johnson will start 22nd, this was perhaps his best performance in an Indy car to date.

Moving into the Fast 12, Lundgaard set the pace early on before VeeKay put together a faster lap with three minutes to go. As the field got their red Firestone alternate sidewall tires up to temperature, nearly everybody threw their one final lap together to try and put themselves on pole position.

O’Ward was successful, his car nearly spinning coming through some of the corners as the qualifying broadcast rode with him.