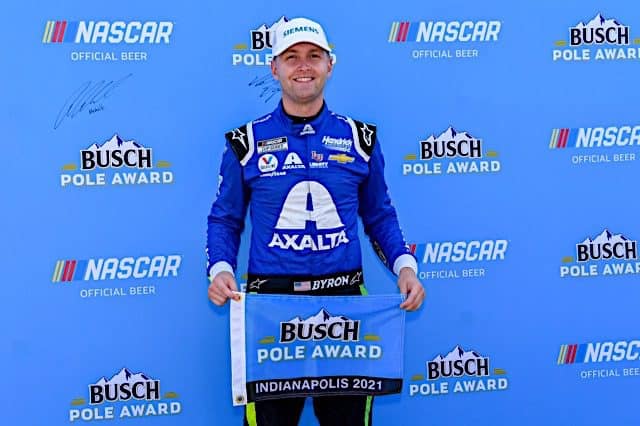 The No. 24 Hendrick Motorsports driver topped the century mark in speed in the final round, going 100.044 mph.

Stewart-Haas Racing’s Chase Briscoe will line up next to Byron on the front row after going 99.561 mph. Byron’s Hendrick teammates, Chase Elliott and Kyle Larson, make up the second row, and Daniel Suarez rounds out the top five.

A safety truck went out on the track while Corey LaJoie was making his lap. He’ll start 26th today.

I really miss qualifying before each race. I was glad to be able to watch it this morning.

Doesn’t it make you wonder why NA$CAR won’t do it for every example of Brian’s product? Aside from the “competition cautions” to check tire wear that the teams don’t have to pit for to give the networks more time for commercials.