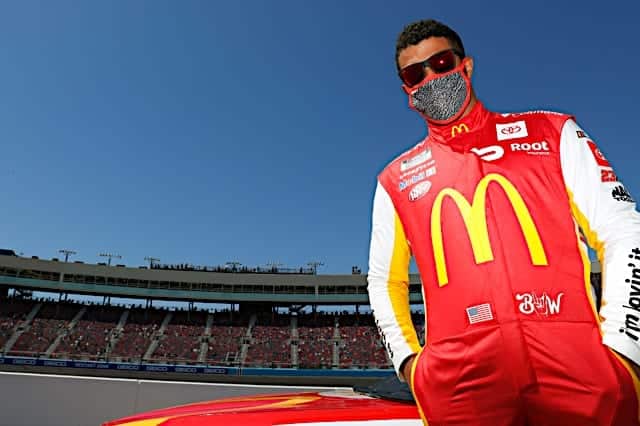 Austin Hill was originally going to race there but has decided to focus on the Camping World Truck Series playoffs, which begins this week at World Wide Technology Raceway at Gateway.

“I’m excited to race again in the Xfinity Series,” Wallace said in a release. “Michigan is a track where I’ve run well in the past and even won in the Truck Series. Anytime we can get extra track time, it helps. Just to get extra laps before the Cup race on Sunday will be good with no practice or qualifying. Thanks to everyone at HRE and Toyota for the opportunity to run the AISIN Supra this weekend. Hopefully we can go out and have a strong race and put ourselves in contention at the end of the day.”

He currently competes in the Cup Series for 23XI Racing and has earned one top five so far this year. Wallace has four top fives and 10 top 10 finishes in his Cup career.

The NXS race at Michigan airs on Saturday at 3:30 p.m. ET on NBC Sports Network.

lolololol come on, we are all excited about the news and storyline.

Can’t get enough of future Hall Of Shamer Bubba!

After the level of talent shown this past weekend you’re still beating up on Bubba? Really

I clicked on this article not to read but too see the comments. Never disappoints. Same old same old.

What level of talent ! Look at the replay, bubba short cut his way to that finish and Nascar let him get away with it. Seconds later another car did the exact same thing and got penalized. He cheated to get 13th.

He’s just getting use to it for next year when Kurt Busch takes over the 23.