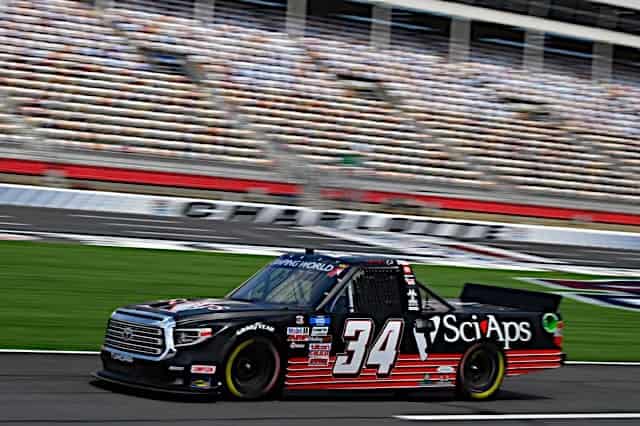 The 21-year-old will drive the No. 34 ARS Construction Toyota Tundra in Friday night’s race in Missouri, also serving as the playoff opener for the NCWTS.

“I am very excited to be able to make my NASCAR Camping World Truck Series debut at World Wide Technology Raceway with Reaume Brothers Racing,” Hacker said in a team release. “It has been a dream of mine to be a competitor in the NASCAR ranks ever since I started racing at the age of 8.

“I want to thank Josh (Reaume) and the entire Reaume Brothers Racing team for allowing me to have this opportunity and my management team at fgrACCEL for working tirelessly to make this all a reality.”

Hacker joins Armani Williams as debuting drivers at Gateway for RBR; Williams will drive the No. 33.

Hacker was initially announced as running a part-time schedule for Cram Racing Enterprises in the series in 2021, but Hacker and Cram have since parted ways.