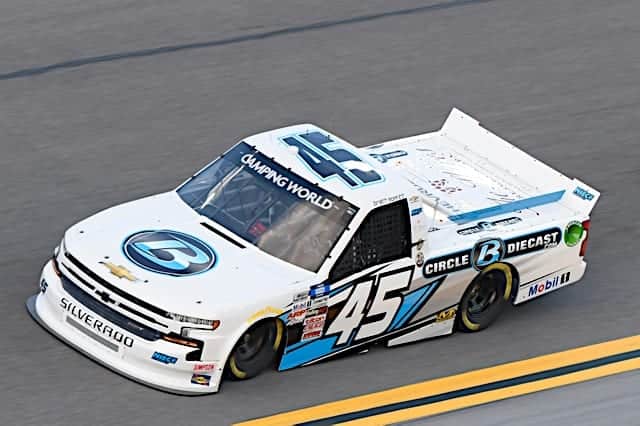 Jake Griffin will make his third start of the NASCAR Camping World Truck Series season, driving this time for Niece Motorsports at World Wide Technology Raceway at Gateway, the team announced on Aug. 16.

The 22-year-old has made eight starts in the NCWTS previously, with two starts coming with Reaume Brothers Racing this season. Griffin earned a career-best result of fourth at Eldora Speedway in 2016 and a 2021 best of 12th at Knoxville Raceway.

“I’m really excited to get a chance behind the wheel at Niece Motorsports,” Griffin said in a team release.  “Every driver dreams of the chance to get to race at this level, in equipment capable of winning, so I’m looking forward to making the most of the opportunity.”

Gateway marks Griffin’s first non-dirt start in the Truck Series since 2016, when he competed at Gateway for MB Motorsports, finishing 30th.