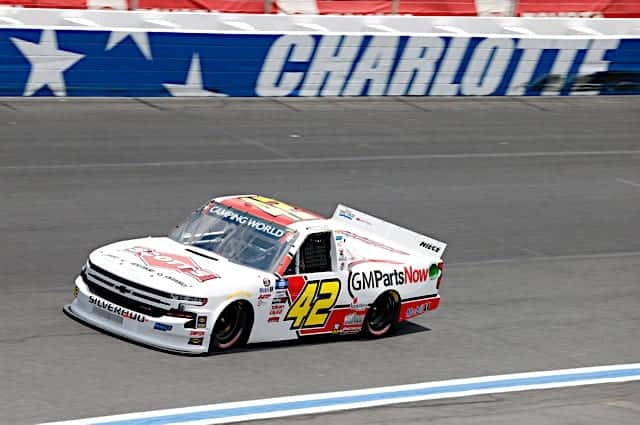 “I’m so excited and thankful for the chance to race full time again with Niece Motorsports in 2022,” Hocevar said in a team release.  “The support of Al [Niece], Cody [Efaw], Phil [Gould] and every single employee at Niece Motorsports has meant the world.  We are still 100% focused on chasing that championship this year, but it’s definitely a relief to have next year’s plans already in place. ”

Hocevar qualified for the 2021 Truck playoffs and is currently ranked eighth in the series’ standings after scoring three top fives and five top 10s throughout 16 races this year.

A truck number was not noted in the release, but Hocevar has driven the No. 42 in 2021. He’s the first driver announced for the team in 2022.

“It’s a huge win for our organization to have Carson back behind the wheel of our Chevrolets again next season,” Niece general manager Cody Efaw said.  “Sometimes I forget that Carson is only 18 years old because he races with such maturity.  I’m excited to see what Carson can accomplish next year – going back to a lot of these tracks for the second or third time.  He’s been so impressive in his first full season behind the wheel in the Truck Series.”

Hocevar will compete in this year’s first Truck playoff race at Worldwide Technology Raceway on Friday, Aug. 20, at 9 p.m. ET. The race will be live on FOX Sports 1.