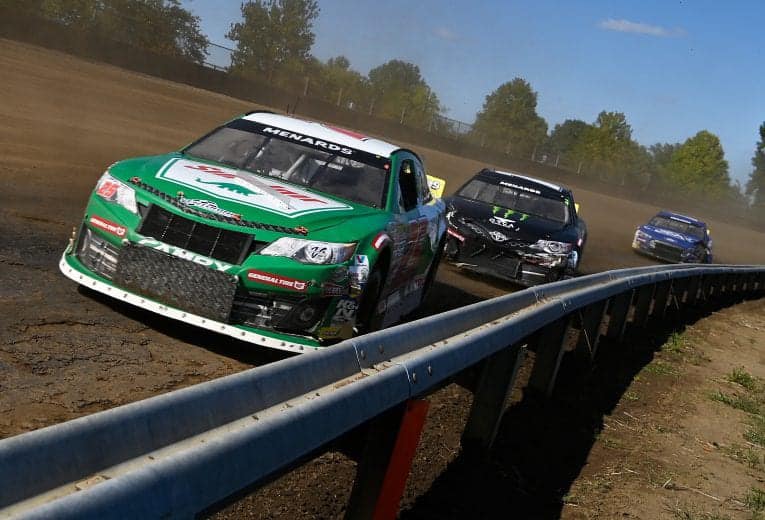 Sixteen drivers are entered for the Allen Crowe 100, the first of two dirt races for ARCA this year.

NASCAR Xfinity Series regular Justin Allgaier will pilot the No. 16 Chevrolet with Kelly Kovski atop the pit box. Kovski finished fifth in the race last year. It will be Allgaier’s first ARCA start since he won the 2008 championship.

Reigning race winner Ryan Unzicker will make his first start this season driving the No. 24 Chevrolet.

Jesse Love and Toni Breidinger will drive the Nos. 15 and 25 for Venturini Motorsports, respectively.

Taylor Gray will slide from his usual No. 17 to the No. 46 for David Gilliland Racing. Thad Moffitt, who is currently third in the point standings, is not entered for this race.

Currently fourth in the point standings, Nick Sanchez will also not compete in this race. Driving the No. 2 Chevrolet will be Landen Lewis, who is making his series debut.

Will Kimmel will make his first start this year driving his family-owned No. 69 Ford.

Alex Clubb will make his sixth start this season and 17th of his career driving his co-owned No. 27 Ford.

After finishing 13th and 11th in his first two ARCA races, Zachary Tinkle will again drive the No. 06 Ford for team owner Wayne Peterson.

The Allen Crowe 100 will take place on Sunday, Aug. 22 at 2:30 p.m. ET, with TV coverage provided by MAVTV and available on TrackPass on NBC Sports Gold.