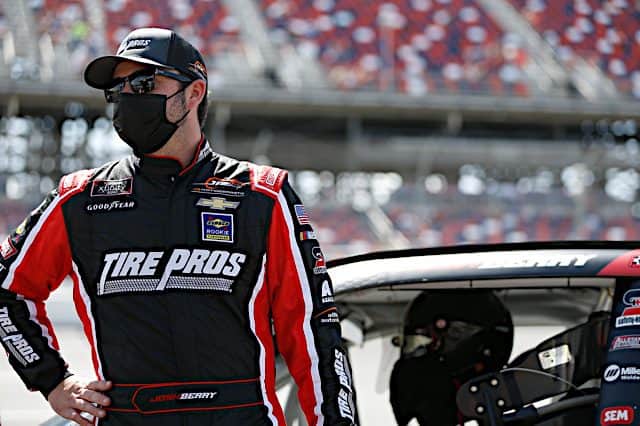 As Michael Annett continues to recover from his recent leg surgery, he will once again not compete at the NASCAR Xfinity Series race at Michigan International Speedway, JR Motorsports announced Aug. 18.

Josh Berry will replace him, driving the No. 1 Chevrolet this weekend.

This will be the fourth race this season that Annett has missed due to his injury. He was replaced by Austin Dillon at Atlanta Motor Speedway, Berry at New Hampshire Motor Speedway and most recently Chase Elliott at the Indianapolis Motor Speedway road course.

“Honestly, I was still pretty sore driving at Watkins Glen [International],” Annett said in a team release. “But I just wanted to be there for my guys and our Pilot Flying J team, and I may have been a little too eager to get back in the car. This time around, we’re going to take it slower and make sure I’m 100%. The plan is to take it one week at a time.”

Berry will have to drop to the rear from Annett’s initially slated 17th starting position.

This will be his first Xfinity start at Michigan. In 2021, he has one win at Martinsville Speedway, four top fives and nine top 10s. JRM recently announced Berry will compete full time in the Xfinity Series next year.

Berry will join the Xfinity Series field for the New Holland 250 on Saturday, Aug. 21 at 3:30 p.m. ET, with TV coverage provided by NBC Sports Network.