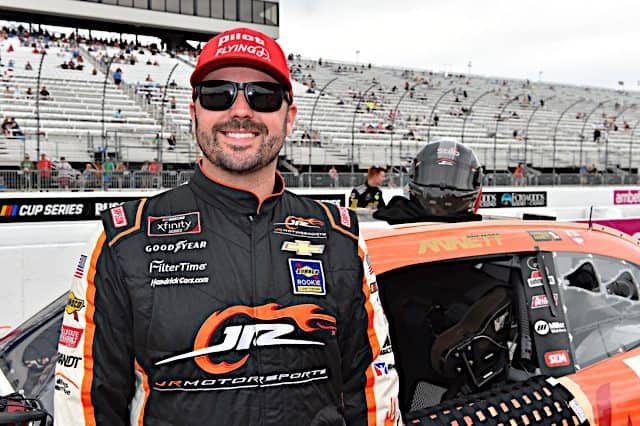 Another partner has teamed up with Josh Berry for the 2022 NASCAR Xfinity Series season.

Harrison’s will be aboard the No. 8 car for eight races next year, JR Motorsports announced Aug. 19.

The news comes after it was revealed earlier in the week that Tire Pros would join Berry for nine events in his first full time Xfinity season with JRM.

“I’ve known the Harrison family for a while now,” Berry said in a team release. “I’ve raced against Late Models carrying the Harrison brand many times over the years. Now, it’s great to finally have them on our racecars. Family is very important to them, so it’s a great fit. I can’t thank Danny [Harrison] and his son, Kevin, enough for believing in me and giving me the chance to represent them.”

The Hendersonville, TN native is slated to sub this weekend at Michigan International Speedway for Michael Annett, who is still recovering from leg surgery.

The races that Harrison’s will sponsor will be announced at a later date.