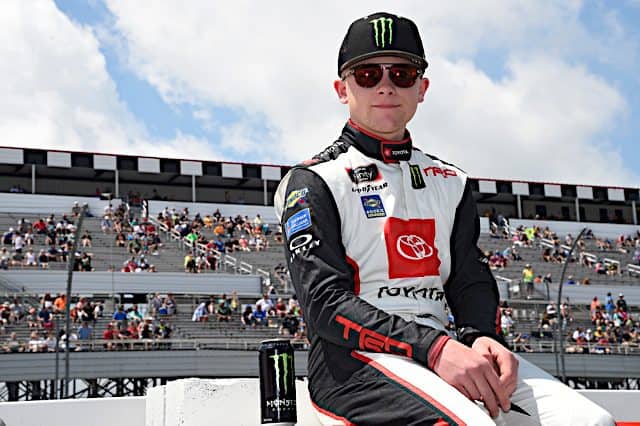 Gibbs is given the pole by virtue of his No. 18 Joe Gibbs Racing team’s position in owner points, which the field was set by with no practice or qualifying pre-race.

Fellow ARCA full-timer Corey Heim will start alongside Gibbs on the front row.

Drew Dollar, Thad Moffitt and Nick Sanchez round out the top five.

A total of 20 cars are expected to hit the track, with one driver, Connor Mosack, making his series debut, starting 17th in Young’s Motorsports’ No. 02. Jeffery MacZink‘s No. 65 will also make its maiden start of the year.

The Henry Ford Health System 200 kicks off at 6 p.m. ET, with television coverage provided by MAVTV. It’s the first of two ARCA races this weekend, with the series traveling to the Illinois State Fairgrounds for a dirt race on Sunday, Aug. 22.