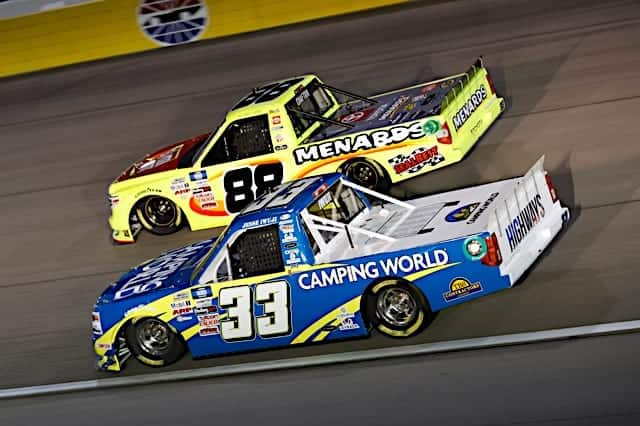 Emmitt Smith is planning to move into the world of NASCAR ownership.

Jesse Iwuji Motorsports will feature Iwuji in the driver’s seat. Iwuji has five Xfinity starts, one coming in 2021, with a best finish of 23rd at Texas Motor Speedway last year.

Iwuji and Smith first linked when the NFL legend’s company Notable Live sponsored Iwuji at an Xfinity race at Texas.

According to NBC Sports, Iwuji and Smith are two of four partners in the team, though the others were not named.

A car number, sponsors and a manufacturer will be revealed at a later date.

Smith is a Hall of Fame NFL running back who was active between 1990 and 2004, mostly with the Dallas Cowboys.

Jesse is an amazing human! I met him at a local track and became Facebook friends. He continues to be a positive impact on the world. Looking forward to watching his new endeavor.