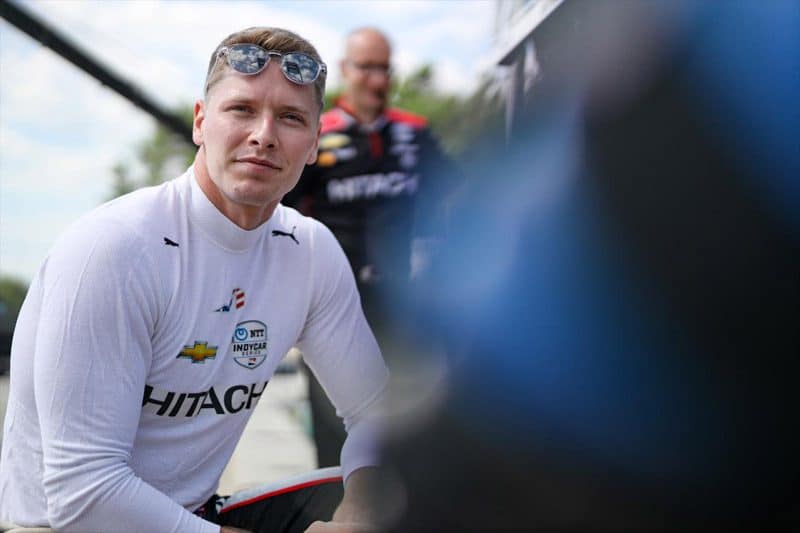 Josef Newgarden led the most laps of any driver Saturday (Aug. 21) to win the Bommarito Automotive Group 500 at Worldwide Technology Raceway at Gateway in the NTT IndyCar Series, his third win in St. Louis.

However, Pato O’Ward walked away as the night’s greatest beneficiary, as he leaves Gateway as the new points leader following previous leader Alex Palou’s untimely exit from the race.

As the race’s final laps wound down, O’Ward looked set to overtake Newgarden and steal the win, but Newgarden’s defense proved sufficient and O’Ward was left to accept a close but fruitful second place.

Newgarden leaves Gateway sitting third in points, 22 behind O’Ward and 12 behind second-place Palou.

Speaking in victory lane, Newgarden remained optimistic about his championship chances while acknowledging that there is still work to be done. I couldn’t ask for much more!” he said. “We gotta keep going. … This goes a long way tonight!”

A three-car crash on lap 65 eliminated championship contenders Palou, Rinus VeeKay and Scott Dixon, dealing harsh blows to their respective championship prospects. VeeKay’s overambitious entry into the first turn clipped the rear left of Palou, who was in turn sent spinning into Dixon’s right rear, sending all three cars into the wall.

While Dixon eventually returned to the track and turned some extra laps, VeeKay and Palou retired immediately, ending their nights before the race’s quarterway mark. Dixon retired just before the race’s 200th lap.

Initially, three championship challengers out of the race meant three less obstacles for leader Colton Herta, who took the lead from Will Power on the second lap of the race and led for much of the race, splitting dominance with Newgarden. Following a green flag pitstop, it became clear that the drive shaft on Herta’s Andretti Autosport Honda had failed and the team was forced to retire Herta, leaving the lead back in the hands of Newgarden once more.

Other casualties of a highly attritional race were Ed Carpenter, Ed Jones, Graham Rahal and Alexander Rossi, all of whom found themselves either in the wall or into another car at some point or another. Felix Rosenqvist also withdrew from the race with mechanical issues.

The series returns at Portland International Raceway on Sept. 12, with coverage beginning at 3 p.m. ET on NBC.