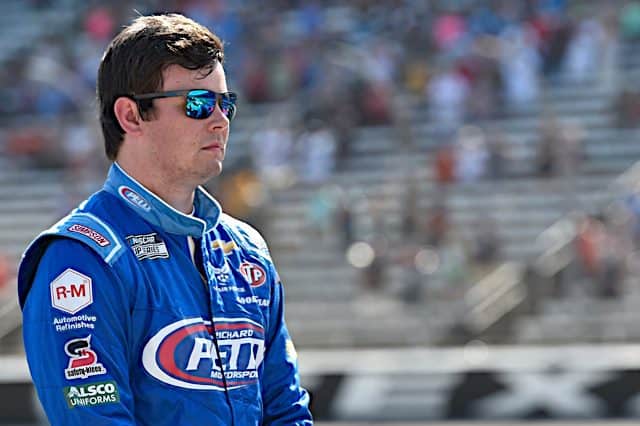 Erik Jones has struck a deal with Richard Petty Motorsports to return to the Chevrolet-based team another year, meaning he will drive the Next Gen car for the team in 2022, Jones announced Aug. 22.

Jones was signed by RPM for the 2021 season after Christopher Bell replaced him at Joe Gibbs Racing. The former driver of JGR’s No. 20 scored a pair of victories while in the car, those coming at Daytona International Speedway in 2018 and Darlington Raceway in 2019, as well as a triumph in the 2020 Advance Auto Parts Clash at Daytona.

RPM, meanwhile, has five victories to its name, the most recent coming in 2014 when Aric Almirola won a rain-shortened summer race at Daytona.

The 25-year-old Jones has scored three top-10 finishes with an average result of 20.6 in his first season with RPM. His best effort came just last weekend, where he finished seventh at the Indianapolis Motor Speedway road course.

It's official! Thrilled to have @Erik_Jones behind the wheel of the No. 43 in 2022 ? pic.twitter.com/kRHVrtAN6E

Jones rolls off 13th in this afternoon’s FireKeepers Casino 400 at Michigan International Speedway. Coverage is set for 3 p.m. on NBC Sports Network.