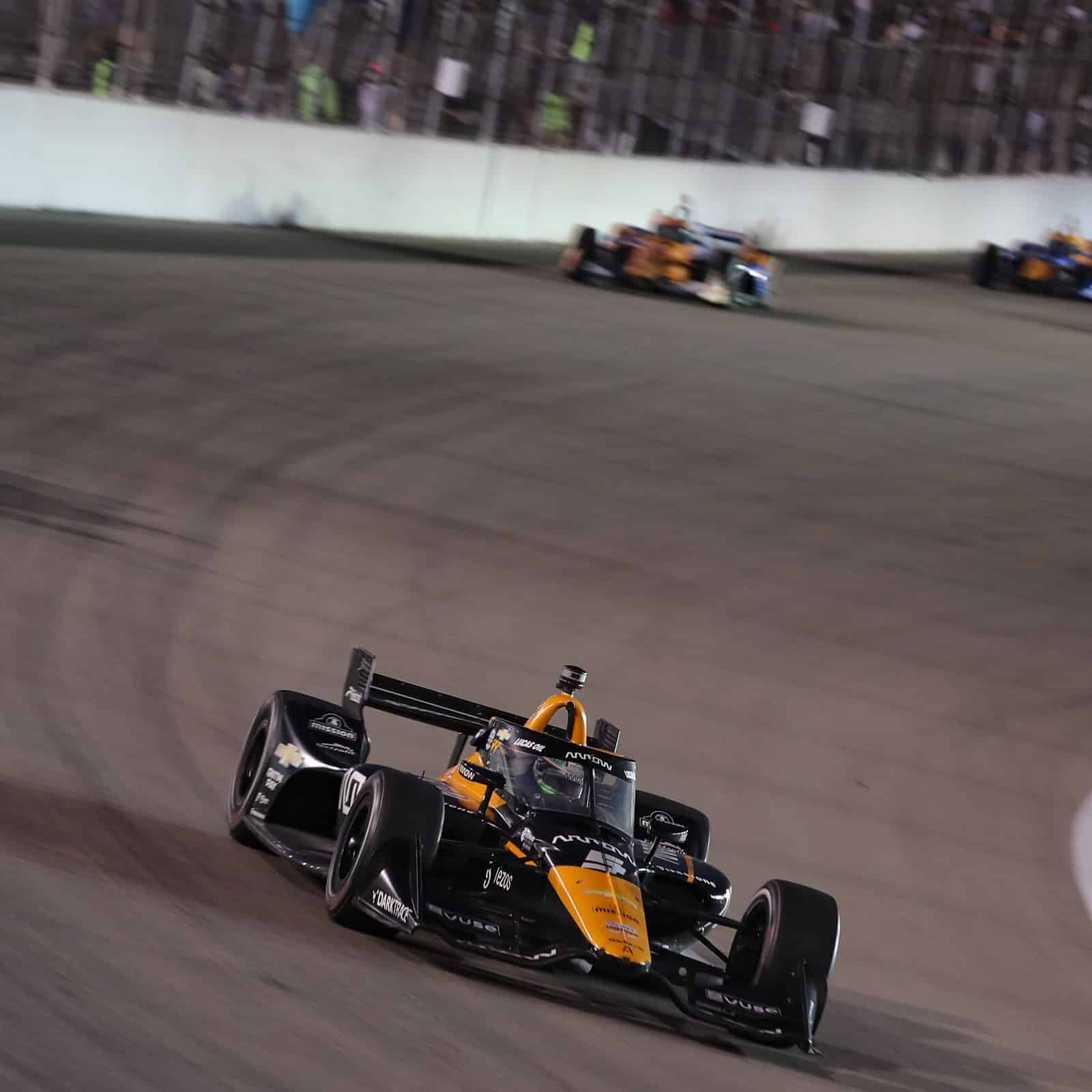 MADISON, Ill. — What a difference two weeks can make for Pato O’Ward.

In the span of two NTT IndyCar Series races, O’Ward went from being 48 points out of the championship lead to leading Alex Palou by 10 points.

O’Ward had to balance aggression with patience as Saturday’s (Aug. 21) Bommarito Automotive Group 500 as he tried to chase down race winner Josef Newgarden. For the race’s last 57 laps, the 2018 Indy Lights champion remained glued to the 2011 Lights champion’s bumper but O’Ward knew that he was in for a big points day.

Having your main competition not finish the race helps. On lap 64, Rinus VeeKay hit Palou, who then hit Scott Dixon. All three cars spun and hit the outside wall in turn 2. Palou and VeeKay were out while Dixon’s car was repaired after making it back to the pits. Palou finished 20th and dropped to second in points.

“I think we were doing a really good job and the guys on the pit stops as well,” Palou said. “But unfortunately we got crashed in turn 1 and there’s nothing we can do. We’ll move forward onto the last three races.”

O’Ward led only one lap Saturday night but stayed in the hunt all race long, remaining in seventh place or above for 258 of the race’s 260 laps.

“It was a very solid points day for us,” O’Ward said. “I think we really maximized what we could’ve gotten out of our car and out of our race. It’s really tough to pass here, the only way to get by someone is maybe if I had way newer tires than Josef but we had the same amount of tire life, we had the same amount of fuel and it’s just tough to pass around here as we saw last year.”

While O’Ward’s fifth last weekend at Indianapolis and second at Gateway turned around a downward trend in results (ninth at Road America, eighth at Mid-Ohio Sports Car Course and 13th at Nashville), Newgarden’s win vaulted him to third place in points, only 22 behind O’Ward. However, Newgarden’s feast-or-famine season has been a true roller coaster.

A crash at the season opener at Barber on the opening lap combined with a gearbox issue at Road America took away two possible victories from the Tennessee native and gave them to Palou. After Road America, Newgarden was 88 points behind in the IndyCar points. But oh how quickly things can change.

Newgarden had the car to beat at Gateway, leading 138 laps en route to his third win at the 1.25-mile oval. This win also helped stop a downward trend the No. 2 Team Penske Chevrolet had after a 10th at Nashville and an eighth at the Indianapolis GP race, so Gateway was important to the two-time IndyCar champion.

“We’re doing a good job now,” Newgarden said. “Nashville was a little rocky for us, [Indianapolis] GP was slightly rocky, too. It can swing very quickly. We could be from being a hero this weekend to right back out of it in Portland. It swings that fast.

“I don’t think we can be relaxed about anything. We’ve just got to keep doing what we’ve been doing. We certainly have to be strong. We’re not in some cushiony position when we can just sit back and anything can really happen to us. We can’t. We have to be solid. Hopefully we have a good, solid end here. If we do, that could add up to a championship.”

The next race will be the Grand Prix of Portland at Portland International Raceway on Sept. 12 at 3 p.m. ET on NBC.