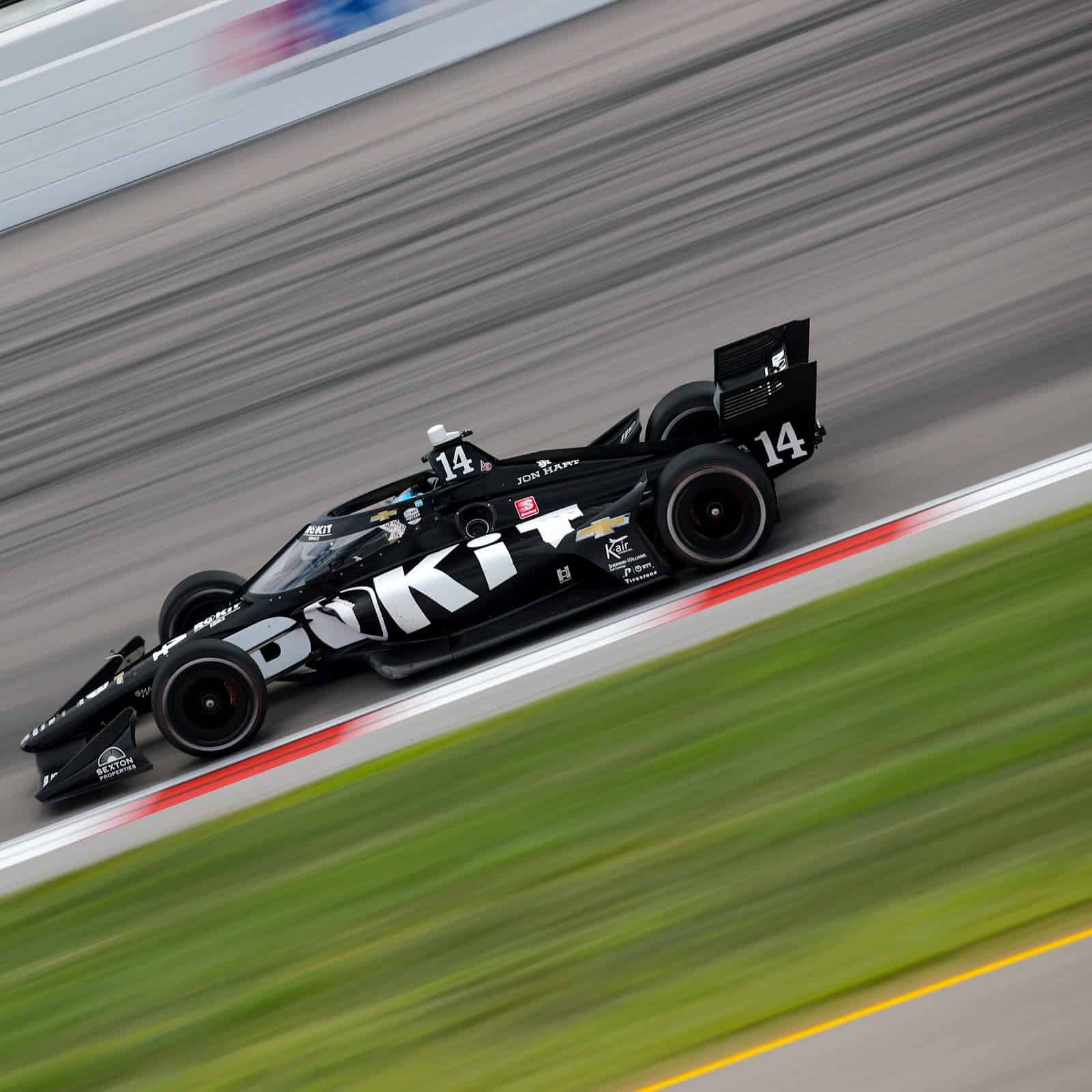 MADISON, Ill. — After 260 laps in Saturday’s (Aug. 21) Bommarito Automotive Group 500, Sebastien Bourdais looked as if he had going through hell at World Wide Technology Raceway at Gateway in the 13th race of the 2021 NTT IndyCar Series season.

The Frenchman started 18th in the No. 14 AJ Foyt Racing Chevrolet and his team went bold with its strategy early in an attempt to give the four-time Champ Car champion an advantage. During the caution for debris from Simon Pagenaud’s car, Bourdais’s crew called him in for a pit stop on lap 18. Already running near the back of the pack, there were no real consequences for pitting.

With none of the front runners pitting, Bourdais pitted later on fuel runs and cycled to the lead twice in the race. All it took was one well-timed yellow and Bourdais was in the mix for a top finish.

When Alexander Rossi hit the wall on lap 200, INDYCAR displayed the yellow flag with Bourdais leading. With only the top seven cars on the lead lap in the middle of a pit cycle, Bourdais vaulted from 16th place at the start of the pit cycle to fifth place under caution, where he remained for the rest of the race.

“Honestly, I’m still not quite sure how we didn’t cycle in the lead when the yellow came out,” Bourdais said. “We basically stopped one less time than everybody else I think and we stopped after the yellow but I don’t know, I’ll have to look at it, but I didn’t quite understand it at the time.”

“I definitely was struggling with how heavy the wheel was on that last stint,” Bourdais said. “It was a good thing that we were coming to the end there because I got blisters everywhere and I was starting to cramp up in the fingers. So yeah, it was hot and definitely the aeration probably plays a bit of a role in it but I wouldn’t say I’m tired but I was getting a bit hot.

“At the end, we just drove our own race, the chaos happened in front or behind us and we just didn’t really get involved into anything but for sure it’s one of those where finishing was really important.”

Team president Larry Foyt was upbeat about his team’s performance. The other Foyt team car driven by Dalton Kellett finished 12th, a career best for the Canadian.

“This series is so tough right now and sometimes, especially at a place like this, qualifying is so important,” Foyt said. “We missed it a little bit there but I think we knew we had a good race car, we just had to get to the front so we kind of gambled a little bit on the strategy and it paid off.”

Bourdais has hinted that he wants to stay with the Foyt team, and the team is hoping to have him back in 2022.

“[Bourdais] has been a great addition to the team and his experience is awesome,” Foyt said. “It’s a shame it hasn’t shown really the pace we’ve had at some events but we haven’t gotten anything locked up, we’re talking about next year and getting it all figured out but it’s just been really great to work with him this year.”

The next NTT IndyCar Series race is Sept. 12 at Portland International Raceway at 3 p.m. ET on NBC.