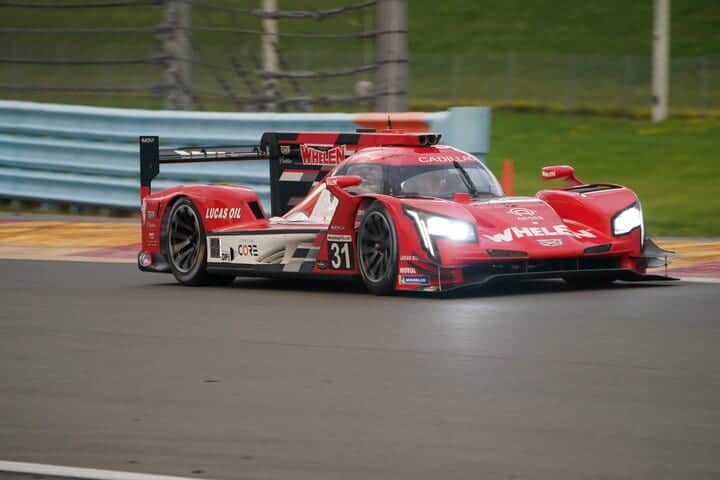 General Motors announced Tuesday (Aug. 25) that they will officially enter the new LMDh class.  They will continue their existing partnership with Dallara (the current DPi-V.R. is pictured above) to construct a new car that will debut in the IMSA WeatherTech SportsCar Championship in 2023.  Said car will be eligible to compete in both IMSA and the FIA World Endurance Championship’s Hypercar class.

“We are excited to compete at the top level of international motorsport in the LMDh class beginning in 2023,” said Rory Harvey, Cadillac’s global vice president.  “We are excited to carry forward our success and continue to transfer our learnings and technology from the track to our production vehicles. We have had great success with the championship-winning Cadillac DPi-V.R and look forward to building on that record into the future with the next generation Cadillac LMDh.”

The announcement also noted that Chip Ganassi Racing and Action Express Racing will continue with the brand with the new LMDh formula in the IMSA WeatherTech SportsCar Championship.  No mention was made as to the number of cars between the two operations, or whether customer cars would be available.

Cadillac is the fifth make to confirm participation in the LMDh class, joining Acura, Porsche, Audi and BMW.  This is already a stronger lineup of manufacturers than when the DPi formula launched in 2017.  Back then, the Cadillacs were joined by Mazda, Acura and Nissan.

“Cadillac’s decision to continue its successful IMSA prototype program further validates the LMDh platform,” stated IMSA president John Doonan.  “The combination of cost-effectiveness, technical relevance and the ability to compete for overall victories in the world’s most important endurance races has clearly resonated with five manufacturers so far, with even more expected in the future.”

The existing partnership with Dallara has been quite successful.  The Cadillac DPi-V.R. has won 22 races in the IMSA WeatherTech SportsCar Championship and won two championships (2017 with Wayne Taylor Racing and 2018 with Action Express Racing).

The official announcement only fully confirmed that the car will race in the IMSA WeatherTech SportsCar Championship.  While it will be eligible to compete in the WEC, there has been no mention of actual plans in order to do outside of potentially racing in the 24 Hours of Le Mans.  Then again, the first race for Cadillac’s LMDh entry is 17 months away.  A full-time Cadillac effort in the WEC could still materialize.   In regards to IMSA LMDh teams potentially racing at Le Mans, Action Express Racing is all in favor of such a move.

“I just returned from Le Mans.  I sensed the same passion among the competitors in Le Mans that I feel each time we compete in the biggest events here in the USA,” said Gary Nelson, Action Express Racing’s team director, in a team press release.  “If the opportunity presents itself, it would be a new challenge for our team.  We would welcome the opportunity to field a car in that race.”

How that would happen for 2023 is unclear.  Current eligibility rules for the 24 Hours of Le Mans only grant two automatic entries into the race from IMSA.  These are for the Trueman and Akin Award winners.  The Trueman Award goes to the best amateur driver in LMP2.  Currently, that is Ben Keating.  Meanwhile, the Akin Award goes to the best driver in GT Daytona.  That driver is currently Rob Ferriol.

The new LMDh formula entering the fray and running in the same class as Hypercar will likely result in a change to eligibility rules for the 24 Hours of Le Mans in future years.  The current field is already at capacity (this year’s race had 62 entries accepted) and there will be an influx of prototypes as a result of the new formula.  With five manufacturers now confirmed for LMDh, they would join the already confirmed Hypercar entries from Toyota, Ferrari, Peugeot, Scuderia Cameron Glickenhaus and ByKolles.