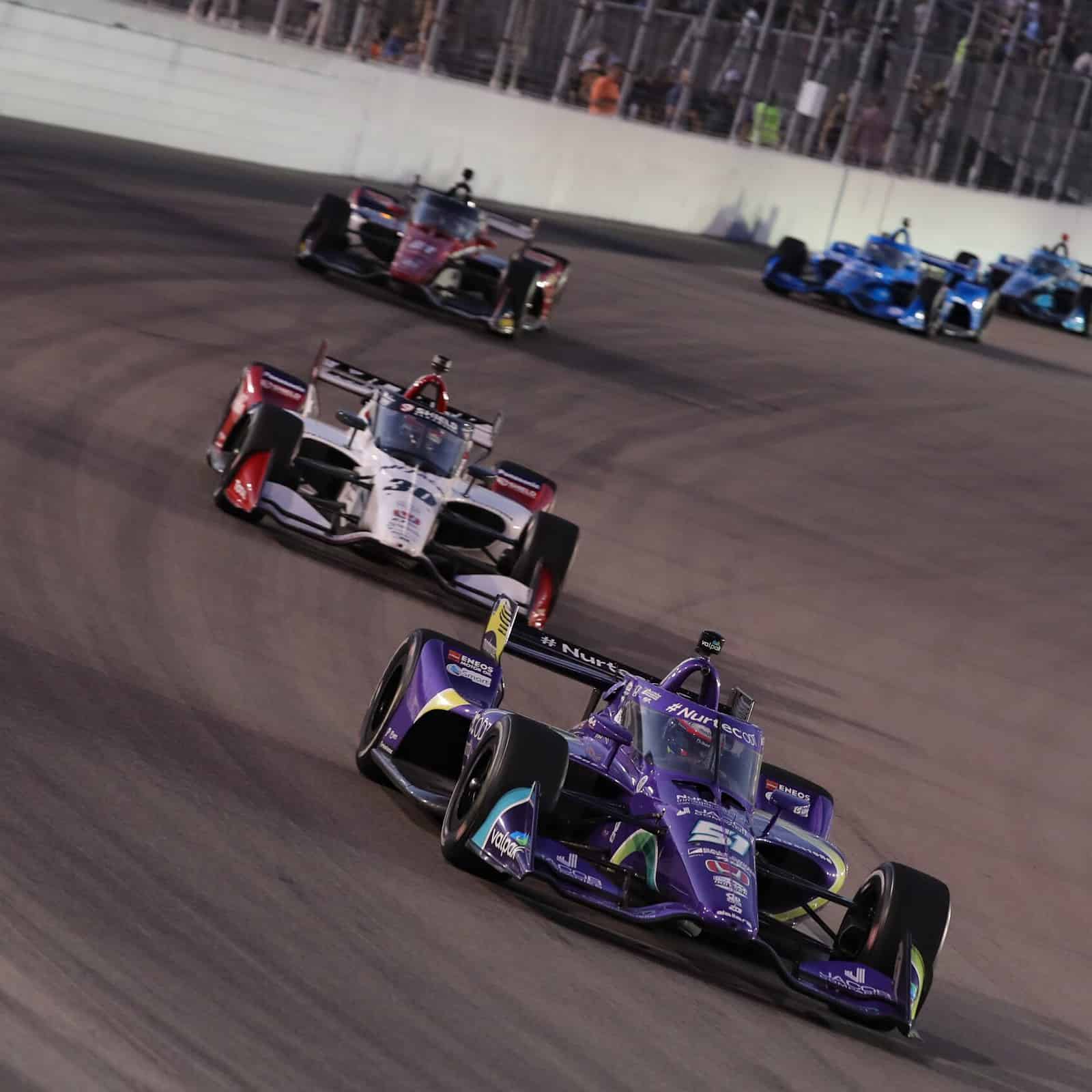 Romain Grosjean’s goal of completing all 260 laps came up one lap short at the Bommarito Automotive Group 500 at WWT Raceway at Gateway, but the NTT IndyCar Series rookie looked like a series veteran en route to a 14th place finish.

Looking a little deeper, that result shouldn’t be surprising.

The Formula 1 veteran ran as high as eighth place in the No. 51 Dale Coyne Racing with Rick Ware Racing Honda after starting 14th, and it wasn’t until after his first pit stop that the Frenchman’s race really got under way.

Following the caution for the three car incident involving Scott Dixon, Alex Palou and Rinus VeeKay, Grosjean restarted in 14th place after giving up a position to Conor Daly due to an unsafe release into the pit lane. The 2011 GP2 champion started making moves on lap 84, getting around 2013 Indianapolis 500 winner Tony Kanaan going into turn 3 after a failed attempt a few laps prior to that.

The very next lap, Grosjean went inside Dalton Kellett going into turn 3 and gained 12th position, but not without a tight squeeze and light contact from the Canadian.

Grosjean wasn’t done passing people yet. Daly was the next car ahead until lap 88, when Grosjean made an outside pass on the Noblesville, Indiana native to gain 11th place going into turn 3, prompting some upbeat encouragement from race engineer Olivier Boisson.

Grosjean makes a pass on Daly going around the outside in Turns 3/4.

Jack Harvey was next on Grosjean’s list, the Bassingham, England native running in 10th place until Grosjean went past on the inside going into turn 1 on lap 91. A lap and a half later, Scott McLaughlin lost his ninth place to Grosjean going into turn 3.

Grosjean would get eighth place after Ryan Hunter-Reay pitted on lap 111 but the lessons of oval racing would keep coming for the rest of the race.

After a pit stop on lap 124, cold tires were Grosjean’s next nemesis. Getting back up to speed, Grosjean’s tires were not up to temperature and he lost several positions while trying to get back to racing speed. Despite losing positions, the car never hit the wall, which was a win in and of itself.

“Some parts of the race were amazing, some other parts were a little more complicated,” Grosjean said. “I made a couple of mistakes on cold tires and went a bit in the marbles so that cost us some time but I think we got unlucky with the strategy today, it just didn’t work out and we couldn’t get our lap back.

Grosjean pitted earlier than most late in the race and was a lap down when the caution for Alexander Rossi’s wall contact came out on lap 200. Grosjean made an additional stop under yellow and remained a lap down despite the rest of the cars one lap down making their lap up.

“It’s so hard finishing 14th when you’ve done such a good show out there,” Grosjean said.

When poring through the data, Grosjean’s fastest lap of the race was sixth best in the 24 car field at 26.0733 seconds, or 172.590 mph. Digging into the fastest micro-sector data a bit more, Grosjean had the following to boast about:

Not bad for a driver who had one test day a few weeks ago, an hour and a half practice session on race day and a two lap qualifying session. Grosjean was thrilled with his performance and with how the one day show went.

“For a while it was absolutely incredible!”