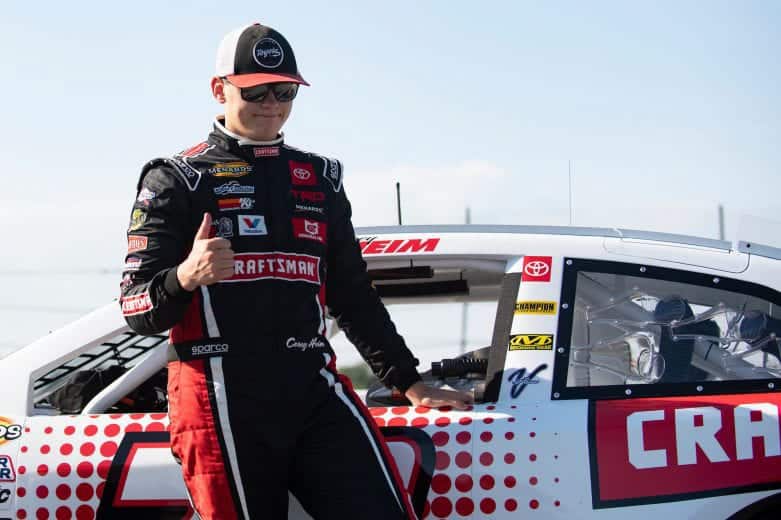 Only one point separates Ty Gibbs and Corey Heim for the series’ championship. Both drivers will join the field of 24 cars for the 150-lap event this Sunday, Aug. 29. All drivers automatically qualify.

Daniel Dye returns for his fifth ARCA start of the year in the No. 21 GMS Racing Chevrolet, and his first race since Winchester Speedway. Dye remains the only ARCA Menards Series driver to have a victory in 2021 whose last name isn’t Gibbs or Heim.

Rajah Caruth makes his second series start this weekend in the No. 2 Max Siegel Inc.-Eibach Springs Chevrolet. It’s his first since finishing ninth at Iowa Speedway.

Arnout Kok will make his first oval start in ARCA competition at Milwaukee in the No. 10 Brand South Africa-Int’l Rhino Foundation Toyota. The South African has made only road course starts in 2021 thus far.

Max Gutierrez makes his third series start in 2021 in the No. 30 Tough Built Ford. The Mexican finished 12th at Iowa Speedway in his last start.

Stephanie Moyer returns for her third start of 2021 in the No. 12 EvergreenRacewayPark.com-Council Cup Camp Toyota after finishing 23rd at Iowa.

Parker Retzlaff will make his 2021 series debut this weekend in the No. 42 Ponsse A Logger’s Best Friend Toyota.

Brad Smith is the only driver on the entry list that raced in the previous ARCA event at the Milwaukee Mile in 2007. He’ll pilot the No. 48 Henshaw Automation Chevrolet.

Joey Iest will be in his third start this weekend in the No. 54 ASN-Basila Ranch Ford.

Ron Vandermeir Jr. will be in the No. 66 Mac Rak Inc-BuildCore Toyota for his second series start.

Mason Diaz is making his second series start in 2021 in the No. 74 Solid Rock Carriers-Bomber EyeWear Toyota after finishing eighth at Iowa.

Sammy Smith is also making his second start of the year in the No. 81 Engine Ice Toyota.