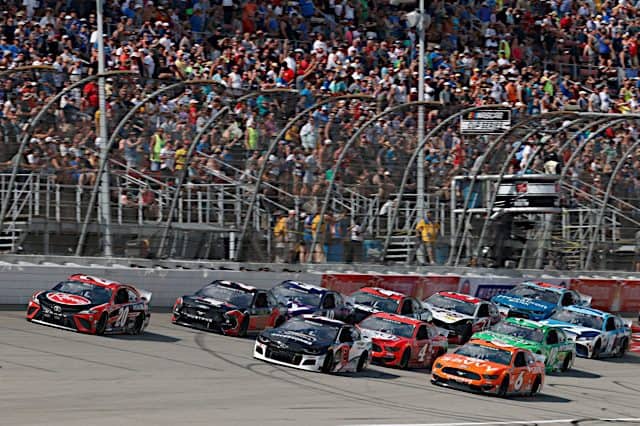 According to Pockrass, North Carolina online court records show Fabian has felony charges of animal cruelty and has a court date on Sept. 27.

“NASCAR takes the situation seriously and will continue to gather information as it becomes available,” NASCAR said in a statement. “Jay Fabian will step back from his role until this matter is resolved.”

Fabian started as Managing Director in 2019 after previously working in the Michael Waltrip Racing shop from 2007-2015. He also was on an Xfinity Series pit crew.

Pockrass states that several people will fill Fabian’s role during this period.

NASCAR Cup Series director Jay Fabian has temporarily stepped away from his role. NC online court records show he has a Sept. 27 court date on felony charges of animal cruelty. Several people will be used to fill his duties.

He needs a really good lawyer. I believe in someone having its day in court, but Judges and Juries are not sympathetic to someone who harms animals, the elderly, and children.
They didn’t mention the County, but if he is a lake dweller in Lincoln County, NC, he could do hard time.

Well said. And if guilty he will deserve more than a slap on the wrist.

I guess the days of John Darby throwing phantom debris cautions weren’t so bad after all.

When did Nascar and integrity ever go together !!!

Certainly this is unthinkable and needs to be dealt with.
My question is how can we allow helpless babies to be murdered in abortion….if they aren’t alive then they wouldn’t need to be killed.Abortion death is the most cause of death in the US….over 750,000 every year….?

I have absolutely no tolerance for people that neglect or mistreat their pets, especially dogs. If the allegations are true I hope he does do time.

He needs to get time from this. I was charged with this back in 05 right after they made this a felony. I was innocent of this charge but the DA said he was gonna make an example from me. I had to take a plea deal of 2 years and had to serve 6 months. I love all animals dearly. This is what happened because I couldn’t afford a high dollar lawyer. This is why I say he needs to serve time if he’s guilty. I had to even though I wasn’t.