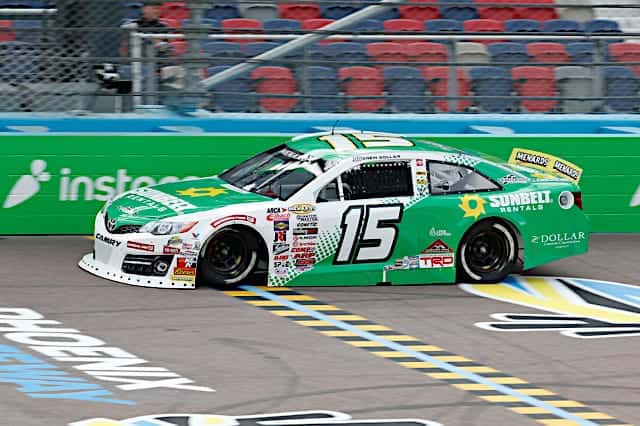 All three individuals are members of Venturini Motorsports; driver Drew Dollar and crew members Kevin Reed Sr. and Kevin Reed Jr. have all been fined.

Dollar was fined $1,000 for violation of ARCA member conduct guidelines stemming from his non-compliant activities in the garage area. He finished 18th in the race due to a DNF.

Kevin Reed Sr. has been fined $500 and placed on probation for the rest of this season for also violating the guidelines. His penalties resulted from his non-compliant activities both during and after the race at Michigan.

Reed Jr.’s actions after the race involved a David Gilliland Racing team member, according to a DGR employee on Twitter, but the ARCA release did not specify the issue.

I don’t give a damn how mad you are, don’t be that low.

Dollar’s wreck in the Michigan race came as a result of contact from DGR driver Thad Moffitt, who also was involved in an opening-lap incident with Dollar.

I DO NOT CONDONE this type of behavior. However, if they suspended him for an incident at the airport and not at the track, I would sue and then on ARCA and its parent company, NASCAR.
They have every right to regulate behavior at the track and on its property, but you cannot regulate speech in areas you do not control.
I hope these gentlemen sue if it did happen at the airport.

I agree 100% with you but if they sue ARCA or Nascar you may as well shut down your race team because Nascar will make racing a living hell.

The article says the fines, & suspension were for actions in the garage area. If so, NASCAR is well within their rights, they can, & should have taken the actions they deemed appropriate. If it hadn’t been for Kyle Larson’s talent he’s have been out of the sport. I wonder how badly someone will want Reed Jr back?

ARCA when Thad Moffitt basically tries to kill someone: Crickets.

ARCA when tires are in someone’s trailer: OMG! You’re the second coming of Hitler!

ARCA has some seriously screwed up priorities. Only thing they got right was indefinitely suspending the idiot who made the homophobic remarks.

If you want to yell at someone and put them down and humiliate them, the only thing left without penalties is calling them FAT AND STUPID, MAKING A REMARK ABOUT THEIR MOTHER OR SISTER AS WHORES.
Hurtful body shaming will always be tolerated.