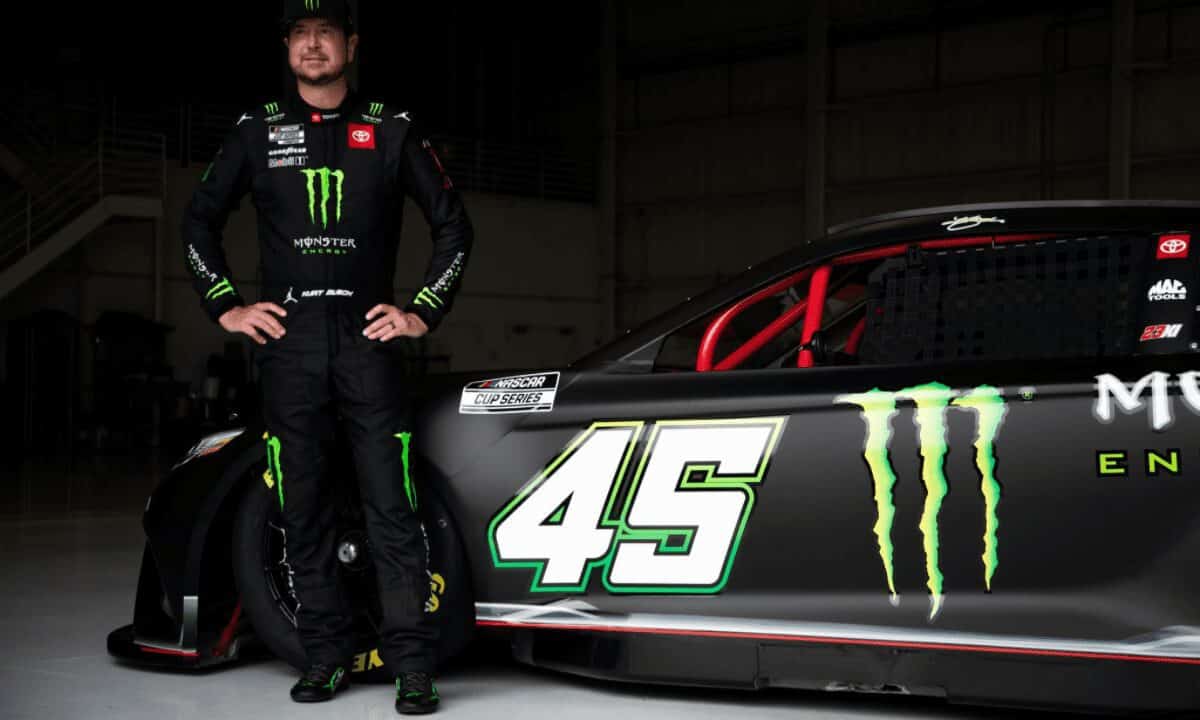 The 2004 Cup champion will become teammates with Bubba Wallace on the team that is co-owned by Denny Hamlin and NBA legend Michael Jordan.

“I cannot begin to express my gratitude for this opportunity,” Busch said in a press release. “Racing to win is what I live for. Helping to continue developing a new team, alongside Michael Jordan, Denny Hamlin, and Toyota is exactly what I want to be part of. Winning is important to 23XI, it’s important to Monster Energy, and it’s important to me. That is our goal.”

“When we started this team, our vision was to grow to a multi-car organization. To be able to expand in just our second year is a huge step for us,” said Hamlin in the release. “Kurt brings a wealth of knowledge and a championship mindset to our team, and will be able to help us grow stronger and more competitive each and every week.”

The Athletic first reported in May that Busch was the leading candidate to drive a second car for 23XI Racing.

Busch has 33 career Cup wins, including his victory earlier this year at Atlanta Motor Speedway.

23XI Racing’s announcement did not mention if it had secured a charter for the No. 45.

We got our guy.

1 year ago I couldn’t have imagined owning a Cup team. Now 2?!? We could not have done with without the help of our partners at @ToyotaRacing. They believe in my vision and also my crazy dreams.
This is only the beginning. https://t.co/3YmY6Z0SZA

The No. 45, like Wallace’s No. 23, is a number Jordan wore during his days playing for the Chicago Bulls.

By using the No. 45, 23XI will be the first team to field the number in the Cup Series since Petty Enterprises did in 2008

Kyle Petty statement on the No. 45 returning to competition as the number for Kurt Busch: pic.twitter.com/jgdbbbw7i7

Wow! That came out of nowhere. Who’da thunk it!

45 was to be Adam Petty’s number

Smart move. Kurt will definitely have great input to the teams with the new car. Also having monster energy $$ is huge. Kurt will be driving a Toyota, set up out of the same stable as his brother. I think this is a win win situation.

What charter did they buy?

Article said nothing about which charter they may have bought or will buy.

No surprise there. It should be interesting to see how he does compared to his teammate.

Interesting lol. With Gibbs cars and help, there are at least 17 cars that team should beat easily every week. The current driver just has to drive, not race, to a top twenty at least, every race. I think Kurt will do well in that equipment. Bubba thinks he’s doing well now.