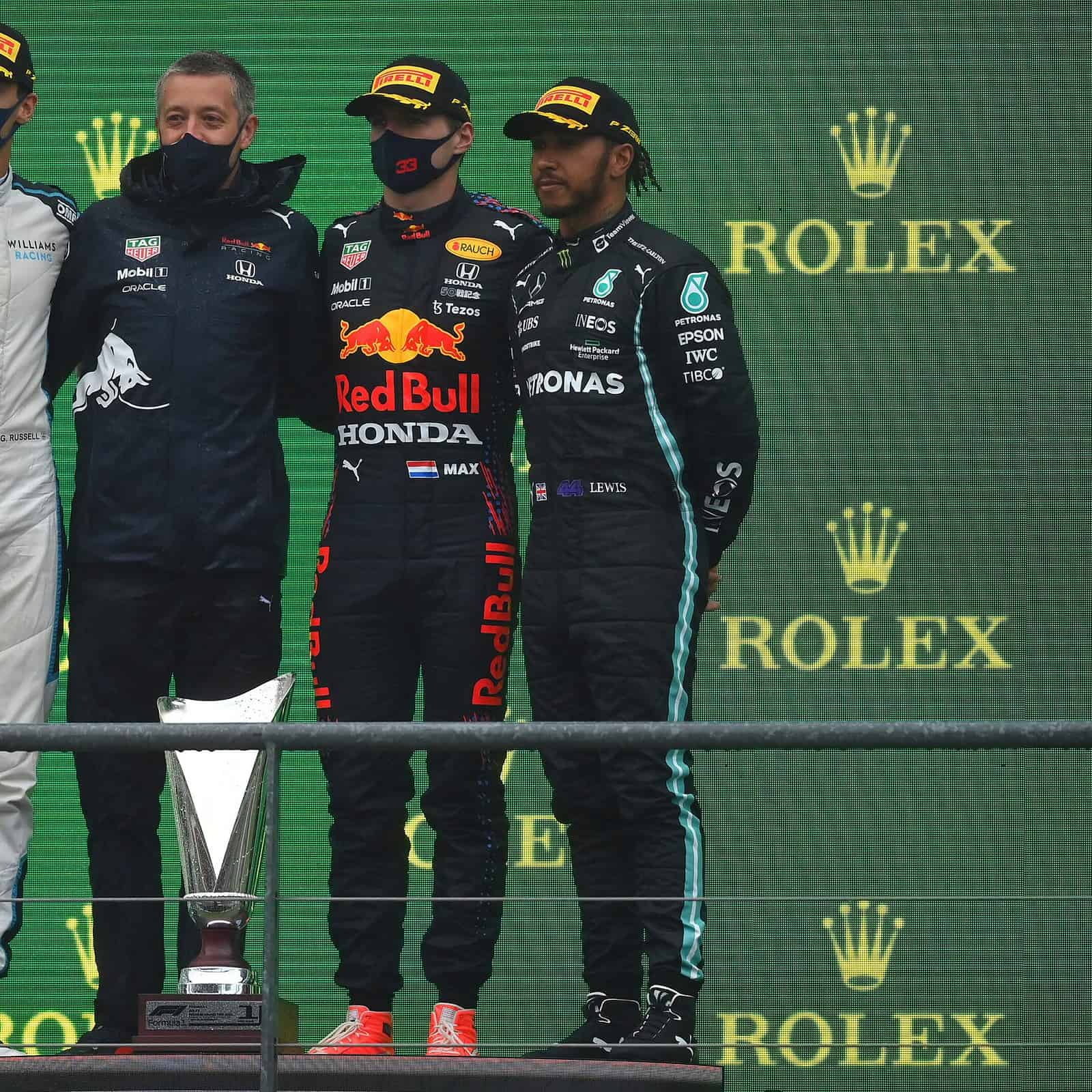 Max Verstappen earned his 16th Formula 1 win at the Belgian Grand Prix after turning just one lap at Circuit de Spa-Francorchamps in Belgium on Sunday (Aug. 29).  There may be a prospect for confusion, a reason to question that one lap is the correct distance, but that is how the GP is officially scored.

Pierre Gasly continued to show he is a solid driver for Alpha Tauri by claiming sixth with Esteban Ocon following up his win with a seventh-place effort.  Charles Leclerc earned an eighth-place result for Ferrari as Nicholas Latifi scored points again for Williams as the team shows improvement.  Carlos Sainz earned the 10th and final points-paying position for the race.

Already, there is concern that the race results may be vacated as many report two laps must be run for the race to be considered official.  Michael Masi, the FIA director of competition, felt that ending the race after one official lap would be enough. However, expect the results to face further scrutiny.

For now, enjoy Lando Norris and his time at the race…

Sums up today. Race cancelled and not how I wanted this weekend to end. Sorry to everyone who stood out in the rain waiting for us, you're all legends, we'll be back next year ? pic.twitter.com/M1Jjp6MI0g

Um.  Er.  Have you heard of Bernd Maylander?  If you had never seen or remembered his name prior to today, you would be in line with most people.  Maylander drives the AMG-Petronas safety car and found himself on screen more today than he ever has.

While he has previously raced in DTM and FIA GT, Maylander has driven the F1 safety car since 2000, missing only two starts.  In 2018, F1.com interviewed him and reckoned that he had led 700 laps.  On Sunday, he added to that total, pacing the field for every lap of the so-called “Belgian GP.”

Maylander’s performance in sloshing his way around the track brought on a slew of comments proclaiming him as driver of the day or winner of the race.  Even Formula 3 ribbed the sport by posting that Maylander and his co-pilot Lorenzo Colombo were the lap leaders.

Our two leaders so far today…

What else is there to say aside from proffering humor as a way to cover for the fact this race wasn’t actually, um, a race? Every driver who made the grid and kept their car on track finished in the order they started.  The race was run under caution, and seeming duress, never featured a start, didn’t permit any passing, and for all considerations should be considered a farce. Both F1 and the FIA should be embarrassed.

Since the drivers did not reach 75% of the scheduled laps, drivers earned half points for their “efforts.”  That means Hamilton still holds a three-point lead over Verstappen as the series heads to the Dutch Grand Prix next weekend. It’s an event sure to be a celebration of Verstappen and the sport’s return to the country.

– Give George Russell credit.  His qualifying performance put him on the front row for the GP and set him up to walk away with his first podium in his 50th race.  The impressive result is a massive boon for a driver that should/might/probably be moving up to Mercedes next year.

A superb performance on Saturday was rewarded on Sunday

That Russell might move to the Silver Arrows would be bittersweet as his current team is starting to show positive results from an influx of capital.  His teammate, Latifi, also showed promise by qualifying and finishing ninth, another result supporting the notion that the team is on the upswing.

For Russell, who seems to have all the talent to be a champion, snagging his first podium is an accomplishment that was sure to come.  Grabbing the rain-soaked trophy does not take any shine off the feat.

– This race should never have been started, or run, or whatever the stat sheet will show.  If the officials had been focused on safety they would have kept everyone in the garage and not messed about.  Jules Bianchi crashed at the Japanese GP in 2014 in conditions like the ones in Belgium and lost his life because of it.  Even with the advances in safety, this race should have faced more scrutiny in its desire to get started.

That one lap, driven behind a safety car, constitutes an official race is also laughable.  Maybe if 10 laps had been actually raced, one might be able to make an argument for the points that were awarded but nary a green-flag lap occurred.  How can results be official if no one was allowed to actually try to improve their position?

Even if the proximity of the next race could have made it possible to postpone the Belgian GP, there is likely a mitigating factor of COVID’s influence and how to work with testing and quarantine protocols.  The whole thing seems like something from a comedy that no one should have produced and no one wanted to watch.

Kudos to the fans who remained throughout the three-plus-hour fiasco.

– As the drivers went through their warm-up, Sergio Perez aqua-planed and sent his car into the barriers.  Damaged, Red Bull withdrew his entry and that looked to be the end of the Mexican’s day.  When other drivers have endured similar failures, that is how the story goes.

Yet with an almost three-hour red-flag period, Red Bull repaired his car and was permitted to put Perez back in the race.  Had the GP eventually gone green, team and driver would have benefitted greatly from a loophole that no one has exploited before.  There is every reason to believe that multiple teams would have lodged protests to address this aspect of the race.

As it stands, Perez is credited with finishing 19th and many people may ignore the matter.  But the question will arise regarding having cars ready to race and what repairs are allotted to get them on track.  Expect further investigation to ensue.

Of course, it’s a win but it’s not how you want to win. I think for today, big credit goes to all the fans around the track to stay here. The whole day in the rain, in the cold, windy conditions, so I think they’re actually the bigger winners today.” – Max Verstappen

Hamilton was blunt in his assessment of the event.

Lewis Hamilton hopes the fans at the Belgian GP are refunded ? pic.twitter.com/HSXE8eUg9Y

Doesn’t matter how it comes, they all count and the team deserves this so much. Get in there @WilliamsRacing!!! ? pic.twitter.com/0YG47piJug

Note: Half points awarded, as less than 75 percent of the original race distance was completed. Results were calculated in accordance with Article 51.14 of the FIA Formula One Sporting Regulations, namely at the end of lap 1 being the penultimate lap before the lap during which the signal to suspend the race was given. However, for the determination of points, Article 6.5 was applicable. With the leader having crossed the Control Line 3 times, it complied with the requirement for the leader to have completed more than two laps in order for half points to be awarded. Lance Stroll received a 10-second time penalty as his car was modified during a temporary race stoppage.