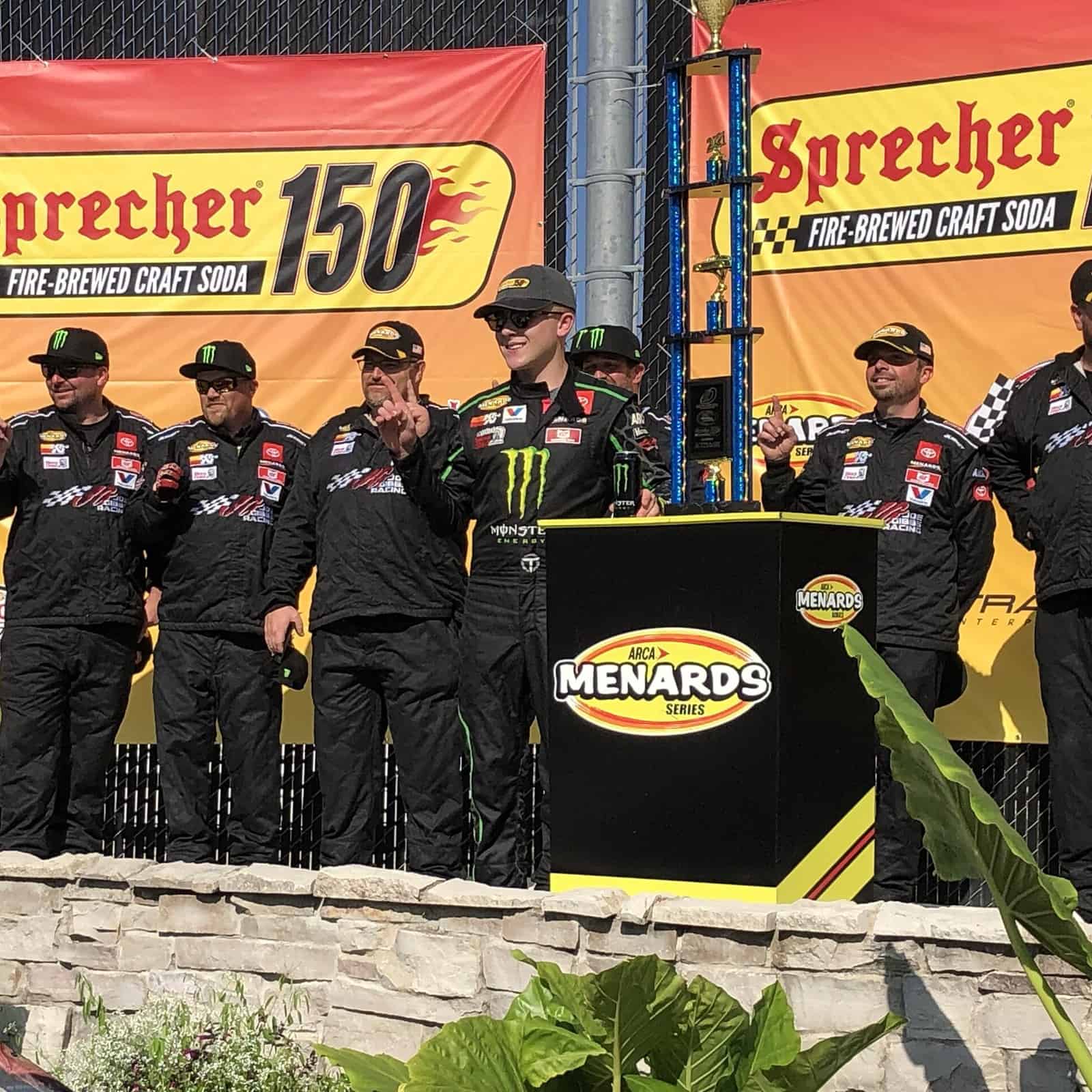 Ty Gibbs flat-out dominated the ARCA Menards Series’ Sprecher 150 at the Milwaukee Mile on Sunday (Aug. 29), leading every single lap from the pole to win his ninth race of the 2021 season and 17th of his career.

Sunday also marked the third time Gibbs had led a race flag-to-flag en route to a win in 2021.

“Nine wins is crazy […] I feel like it’s so cool to win here, especially,” Gibbs said after the race. “This track has so much history, I remember being super, super, super young and watching [eventual Cup Series drivers] Denny Hamlin win here and Erik [Jones]. It’s just awesome, I feel like it’s one of those things where I have to sit back and think about it.

“I’m very thankful and blessed to be where I’m at. I wouldn’t be here if wasn’t for all these guys and my sponsors. It means a lot. Thank you so much.”

Gibbs and Smith made up the front row in qualifying and led the way early, while Gibbs’ primary championship competitor Heim made his way up through the top 10. Heim was up to third by lap 40 and in second at the lap 50 race break. Dye was in second at that point, Smith having faded back into the pack.

An uneventful second segment ended with the yellow flag waving for a second race break, which was followed by the only caution of the afternoon for an incident. Once the green flag dropped, Gibbs continued to lead, but the field slowed when Heim got into the back of Stephanie Moyer‘s No. 12 and sent it spinning.

Mayer’s late charge came up short and he only managed second, holding off Dye for the runner-up spot and taking the checkered almost two seconds behind Gibbs.

The series next heads to DuQuoin State Fairgrounds for the Southern Illinois 100, which will be held on Sunday, Sept. 5 at 9 p.m. ET with coverage on MAVTV and TrackPass. ARCA did not visit the dirt track last year, but Christian Eckes went to victory lane there in 2019.

It’s easy to win with an illegal car.

I have quit watching ARCA races for that very reason. There is no way that car can be totally legal. You can’t sit on the pole for every race, run away from the rest of the field on every re-start, lead every lap and win the race unless there is something mighty suspicious going on. And all that with an 18 y/o kid. Yeah right.

I will never ever believe his car is legal.

The fact that Ty Gibbs’ cars are ruining competition in ARCA should cause the ARCA inspectors to wake up and find what it is that JGR is snookering them with.

If I were a competitor in ARCA, I would be putting a lot of pressure on the ARCA officials and inspectors to find what is being put over on them every week. Nod nod, wink wink.