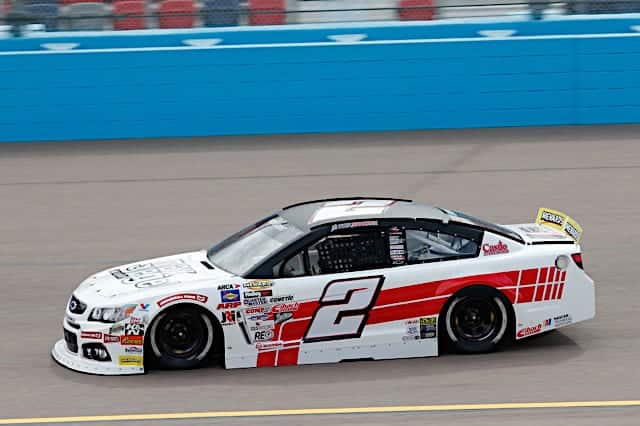 On the heels of a part-time announcement for Rajah Caruth competing next year in the NASCAR Xfinity Series, he will also compete full time in the ARCA Menards Series next year too — as will his Rev Racing teammate Nick Sanchez, Rev Racing confirmed to Frontstretch Aug. 30.

Car numbers, crew chief assignments and sponsorship were not revealed by the team. Sanchez drives the No. 2 Chevrolet in the main ARCA series and Caruth primarily drives the No. 6 Chevrolet full time in the ARCA Menards Series East in 2021.

Caruth is sixth in ARCA East points with two top fives and four top 10s. He notched his best-ever finish of third place at Southern National Motorsports Park. Caruth also has competed in both combination races of the main and East series, and he scored his first career main series top 10, ninth, at Iowa Speedway.

In addition to completing his East rookie season at Bristol Motor Speedway, Caruth also announced he’ll compete in the final two ARCA races at Salem Speedway and Kansas Speedway. He will make his ARCA Menards Series West debut in its season finale at Phoenix Raceway, and Sanchez earlier also revealed he too will compete in that race.