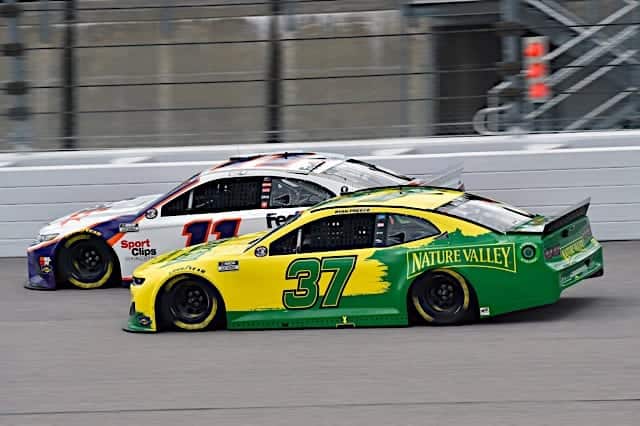 JTG Daugherty Racing does not plan to seek an additional charter for the team’s second car next season and instead reduce to one full-time team starting in 2022 in the NASCAR Cup Series, co-owner Brad Daugherty said in an NBC Zoom call Aug. 31

“We’re not going to pursue another charter,” Daugherty said, according to reporters on the call. “When we started out, I had a good buddy who told me about 10 years ago … ‘If you have one bad race team, why have two? It just makes it even more difficult.'”

Daugherty’s comments come during a season in which the team’s second full-time car, the No. 37 driven by Ryan Preece, has been charter-less. Nonetheless, the car has started every race in 2021, mostly by virtue of there not often being more than 40 cars entered in a race and rarely events that hold qualifying, meaning Preece’s points position has been more than enough for him to start each race.

“We want to be a really strong one-car race company, and that’s what we’re going back to next season,” Daugherty added.

Next season will be the first year JTG Daugherty Racing has run only one car full-time in the Cup Series since 2016, when the team finished 19th in the series standings, a rank it has not finished higher than since.

In its Cup history, the team has earned one win, which came in 2014 at Watkins Glen International with AJ Allmendinger.

This year, Preece and the No. 37 team has earned one top five and four top tens and sits 27th in the Cup standings.

Ricky Stenhouse Jr., who drives the team’s No. 47, is believed to be signed with JTG through the end of the year; the team has not yet made an announcement on its driver lineup for 2022.

Not enough money coming in!

And it won’t get any better. Sponsors will head to the mega teams where they can appear to be a part of their success.
And now that the NFL season is upon us why even continue to pour
Money into a team?

As the marginal teams are slowly peeled away, to leave just the multi car mega teams. Whether this was the original goal is irrelevant, it’s what’s happening.
Those who think the next gen car will change this are fooling themselves.

Why run poorly with two cars? JTG has been so mediocre for such a long stretch – decent sponsorship, but neither owner has deep pockets especially if the sponsor(s) walk…..

That’s a valid, ironic point. The team has seemingly been mediocre at best since the start, but always have constant and consistent sponsorship.

So I guess they haven’t decided which driver – if either of the two —they have decided to keep.

Preece has a better record without the charter.More flexable than crashhouse.