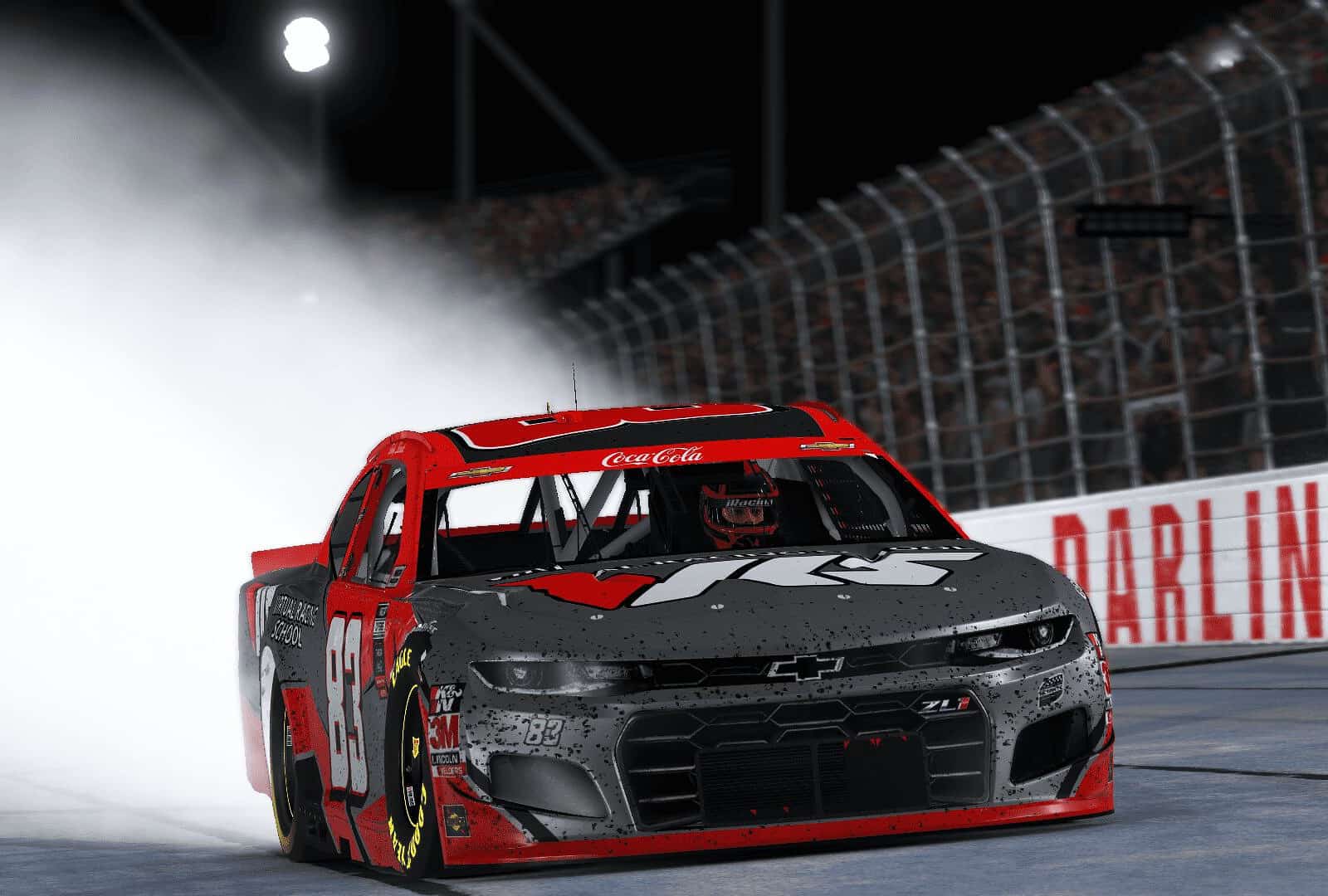 The eNASCAR Coca-Cola iRacing Series kicked off its 2021 playoffs on Tuesday night (Aug. 31) at the virtual Darlington Raceway, as 10 playoff drivers began the quest for the title.

Bobby Zalenski stole the win from Mitchell DeJong after a late-race pit call put him out front. This was a victory that locked him into the Championship 4 and a chance at the title.

“I can’t believe that happened,” Zalenski said after the victory. I don’t usually get those strategy calls to go my way, but I’m glad it went clean with Mitchell.”

Zalenski will now race for a championship for the second year in a row.

“I was just a bad driver today, but it’s a big relief because the next two races are Bristol [Motor Speedway] and Talladega [Superspeedway],” he said. “Still going to be looking toward Texas [Motor Speedway, host of the championship race], though.”

Polesitter DeJong looked to start out the playoffs strong after a solid regular season, scoring two wins in this 2021 campaign. Track position is almost everything at Darlington, and starting on pole proved to help, at least early on. He led the opening stint of the race and showed his strength throughout the night. After dominating the entire race, he came home second to Zalenski.

Fuel mileage was factored into the equation near the end, something the series’ races at Darlington have never really been known for. DeJong came down for his final stop at around 40 laps to go, which was a strategy that the majority of the field followed. Zalenski decided to stretch it and caught a caution at the perfect time to allow him to get on even tires and take home the win.

This was the first race at the track since 2018 with low downforce and high horsepower versus the high downforce and low horsepower the previous two seasons. Racing at Darlington has always been treacherous, passing proving to be at a premium for most of the event.

The lack of cautions all race was something few expected with the way Darlington races usually go. It was a clean and green look most of the way, with only a few cautions on the night and few opportunities for the teams to work on the racecars.

The only blemish from a frontrunner all race was from DeJong on his green-flag pit stop. Coming into the pits on lap 58, he got extremely sideways in the middle of turns 3 and 4 and it cost him a bit of time on the track. That allowed Keegan Leahy to get out front for a while while DeJong recovered from the lost time. He took the lead back around lap 80 and never relinquished it again during the main cycle.

With only four races in the playoffs, every race and every point matters when it comes to trying to make the Championship 4 at Texas. With two wildcards the next two races, the win was a huge relief for Zalenski. The points behind him though? Very close with single digits separating most of the field.

The playoff driver who struggled the most throughout the night was Bob Bryant. He got into the wall early on in the race, which caused a slight loss of speed and a change in the handling. He was also the cause of the first caution of the race with 89 laps to go. However, his fuel strategy at the end of the race allowed him to come home with a respectable finish in 16th.

The lowest finishing playoff driver, after running near the front most of the race was Leahy. He got caught up in a late-race incident that relegated him to a 34th-place finish, putting him in a hole heading into Bristol.

The non-playoff drivers gave a fight on Tuesday, as defending champion Nick Ottinger ran up near the front all night long and came home with a strong finish. While most of the season was a struggle, Tuesday was a bright spot for the champ, who was probably the biggest surprise of drivers who missed the playoffs.

Zalenski was on the right strategy to come home with a win, but the newer tires on DeJong and Ottinger were looking like they would prevail until the late caution. After running outside the top five all night, this was a call Zalenski noted he felt like he had to make in order to help his case in the playoff standings. In the end, it worked.

The next race will take playoff place on Tuesday night, Sept. 14 at the virtual Bristol Motor Speedway. Coverage begins at 9 p.m. ET on eNASCAR.com or twitch.tv/iRacing.