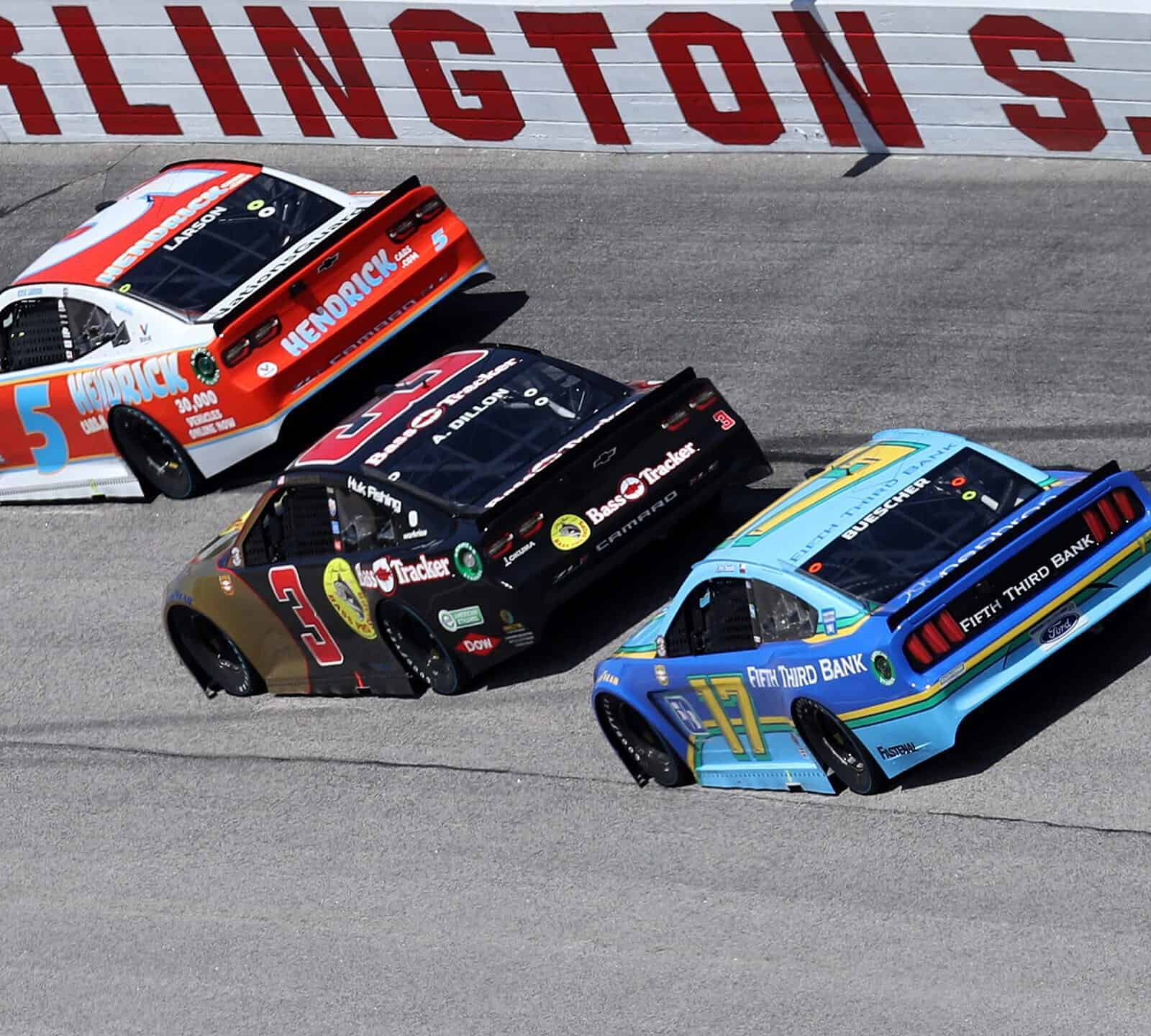 When the NASCAR Cup Series begins its playoff run this weekend, it’ll do so at Darlington Raceway.

It will be just the third time this year the series has made a return trip to a track this season, following visits to Atlanta Motor Speedway and the regular-season finale at Daytona International Speedway.

But the 1.366-mile track drivers see on Sunday (Sept. 5) won’t be the exact same one they faced in May. In the intervening four months, the Lady in Black underwent a minor face lift.

A large section of turn 2 — 600 ft. long and 32 ft. wide — received a repave, meaning drivers will have a brief reprieve of Darlington’s harsh, aging surface. It’s the first time the track has had serious work done to it since it was fully repaved after the 2007 season.

Track president Kerry Tharp told NBC Sports in August the banking and the geometry of turn 2 remains the same.

“We were finding that over the last few years that we were having to go in there and do some patching … before the event almost every year,” Tharp said. “Over time, these little fixes that we were doing, it’s just kind of like putting a little Band-Aid on something,”

Without practice or qualifying Cup teams won’t get to experience the new pavement until they take the green flag Sunday. But drivers asked about the change were in agreement that it would have a tangible impact on the race there.

“It’s gonna change a lot,” Kevin Harvick said last weekend at Daytona. “That was one of the hardest parts in the racetrack. And one of the places that had the most character, so now there’s just no character and a lot of grip.”

Harvick won two of the three Cup races held at Darlington in 2020.

“It’s gonna be interesting, because you’re going to have that one corner that’s got all that grip, and you got the other end that doesn’t have all that grip,” Harvick said. “It’s gonna be a lot smoother. And that part should be easier. And (you don’t) have to time the bumps, they probably won’t run on the apron.

“You just have to kind of get a gauge of what it looks like, as to whether hopefully they kept all the apron and everything the same, but I don’t think it’s gonna have that same effect of trying to use the line and the cavity in the main apron right there to put the right side tires and try to gain speed or grip right there.”

Kyle Busch, the winner of the 2008 Southern 500, said the fresh pavement will result in cars “hauling the butt” off turn 2 down the backstretch.

“It should feel gripped up, in my opinion it should be that way,” Busch said. “But if you can get a good run off of (turn) 2 and be fast off 2, you’re going to be getting off into (turn) 3 way quicker than you need to be for the asphalt grip that you’ll have in the turn 3.”

For Brad Keselowski, winner of the 2018 Southern 500, the impact of the repaved section on tire wear will be a “big factor” in how the race plays out.

“Does it make the tire wear better, does it make it worse?” Keselowski said. “I don’t know. It’s a big wild card for sure. Especially given it’s the first race in the playoffs.”

Teams will have 13 sets of tires for Sunday’s race. They will be using the same tires codes that have been used at Darlington since 2019 and at Homestead-Miami Speedway for the last three seasons.

While Keselowski is concerned about tires, Chip Ganassi Racing’s Kurt Busch is thinking about potential issues with engine longevity as a result of the new pavement.

Busch observed that “if you get through (turn 2) good, it’s really going to help with (lap times). Now with the extra grip, there is going to be a ton of speed down the back straightaway, into turn 3, and there could be a question if we are up against the rev chip. So you might have to back off the throttle to preserve the engine. With this being the second longest race of the year, that could be a huge factor at the end of the race as far as durability.

“A lot of eyeballs will be watching the (Camping World Truck and Xfinity series) races, because we will have no practice and we will just have to go for it.”