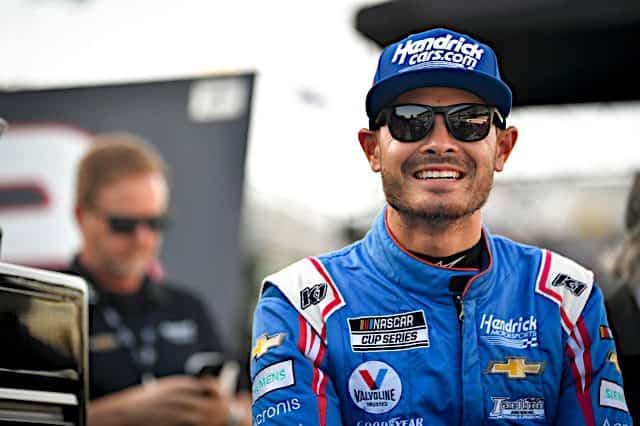 Kyle Larson is on the pole for the NASCAR Cup Series’ second race of the Round of 16 at Richmond Raceway.

The No. 5 Hendrick Motorsports pilot came up just short in his bid to beat Denny Hamlin in the closing laps at Darlington Raceway last week.

As is the case at tracks without on-site qualifying, a metrics formula based on performance was used to set the lineup. Driver’s and car owner’s finishing position (weighted 25%), fastest lap from previous race (15%) and rank in team owner points (35%) were combined. Playoff drivers took the first 16 spots and whoever scored the lowest from the remaining drivers started 17th.

It was by the closest margin since timing and scoring went to thousandths of a second. The pole sitter really earned it this time.

Didn’t get the sarcasm?

Please change Headline word from Grabs to Given.

Why not “<insert driver name> on pole for <insert event name> when there is no qualifying?” It’s not like they turned a qualifying lap faster than anyone else.