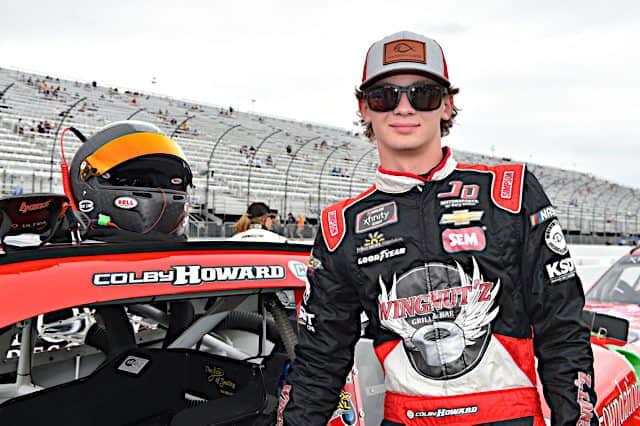 McAnally-Hilgemann Racing has grand plans for the 2022 NASCAR Camping World Truck Series season. The team intends to expand from one entry to two and tabbed Colby Howard to pilot one of its entries next year, it announced Sept. 9.

Sponsorship, crew chief, and the truck number were not disclosed in the announcement.

“We’re pleased to have Colby join our team for 2022, as we look to expand our Camping World Truck Series program,” team co-owner Bill McAnally said in a team release. “Colby comes from a racing family and brings with him an extensive racing resume. Most recently, he had an impressive run in the truck series race at Darlington last week.”

“I’m really excited to be joining a team of this caliber,” Howard said. “I feel like it’s a big step in my career. I’m really looking forward to going there next year and working with Bill and all the guys – being competitive and going for wins and a championship.”

See also
Truckin' Thursdays: What a 2nd Title Would Mean for Sheldon Creed

Howard currently drives in the NASCAR Xfinity Series for JD Motorsports. He is 26th in the championship standings and has made 43 career starts.

Howard also has made three Truck Series starts, including one this year at Darlington Raceway where he finished 13th.

While the team did not mention Derek Kraus in the release, he is expected to return to the team next year for his third straight Truck Series season with it.

Checked in with team owner Bill McAnally and @derek9kraus is expected to be back for next year. Team "has been working on that" and "will announce when finalized."

Along with their multi-car ARCA organization, BMR/MHR is now expanding their #NASCAR footprint. pic.twitter.com/PEbglVAThg

Last edited 9 months ago by TiminPayson
0
0