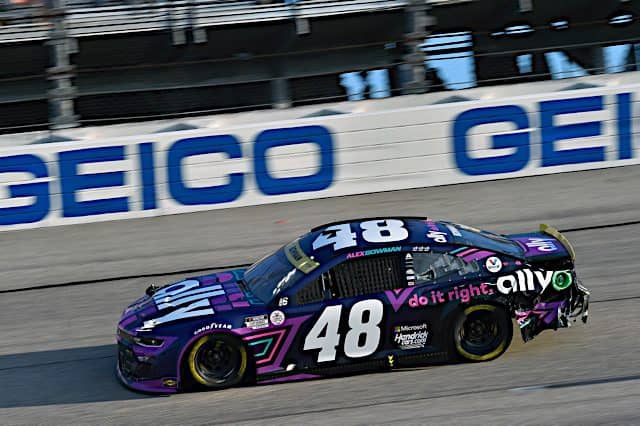 Plenty of NASCAR Cup Series playoff drivers ran into trouble at Darlington Raceway. Who has the least to worry about, and who has one foot out the door?

Luken Glover: Any chance at a Cinderella story was likely demolished as soon as it started for Michael McDowell. Unless he pulls off a Daytona International Speedway-like upset again, he’s looking at elimination.

Jared Haas: McDowell has a lot of ground to make up for his crash at Darlington. Another who should be concerned about not making the playoffs is Tyler Reddick. While Reddick did not have major problems like other championship contenders, he finished worst of the playoff drivers who did not have problems. Kyle Busch and William Byron sit below Reddick in points and easily could leapfrog the No. 8. Even though Reddick has been consistent with his finishes during most of the season, his finishes in the past few races have been 21st, 29th, fifth and 18th. Those finishes will not get Reddick in the next round.

Joy Tomlinson: Though Busch had a rough outing at Darlington, he should still move on to the next round. He’s won 14 total races at Richmond Raceway and Bristol Motor Speedway and has good results in recent years at both tracks. The one who really has one foot out the door is McDowell; if he hadn’t wrecked out early last Sunday he might have had a shot. Unfortunately, the crash left him so far deep that he really needs a win, and that is unlikely at Richmond and Bristol. He only has one top 10 between the two tracks, a 10th last fall at the latter.

Corey LaJoie ran well at Darlington and has only finished worse than 24th once in the last 13 races. Is LaJoie outperforming the Spire Motorsports equipment, or has the team improved that much?

Haas: Corey LaJoie has been performing well with his equipment and has generally been running better than his Spire counterpart, the No. 77. He should take credit where credit is due with his improved performance, but Spire in generally has grown as a team as well. Another year for LaJoie at Spire will be good for both driver and team.

Glover: The team has certainly improved, but LaJoie is outperforming the equipment he’s been handed. LaJoie is a blue-collared, hard racer. He had some impressive runs at times with his previous team at Go FAS Racing and looks even stronger in 2021. Plus, LaJoie has improved as a driver in his own right. I had to do a double take when I saw his name in the top 10 at Darlington. The older tracks with increased tire wear have produced strong results for LaJoie this season. While his finishing positions may not always reflect it, this is a team that has produced very solid runs overall. Spire has to be excited about building around him with the Next Gen car.

Tomlinson: Both. LaJoie has done well in the past month, with three finishes in the mid-teens, but he also had good results at Charlotte Motor Speedway, Sonoma Raceway and Nashville Superspeedway. His teammate Justin Haley has seven results of 25th or better in 22 starts, including two top 10s in the last four races. The team overall has improved, especially over the past month or so, but LaJoie does seem to be performing better lately. Last week he had an average running position of 13th, which is quite rare for this team at non-superspeedways.

Nine different drivers have won the last 10 Cup races. Will the trend continue at Richmond?

Glover: Yes. It starts with Joe Gibbs Racing. We haven’t seen Martin Truex Jr. win since Darlington in May, and Christopher Bell hasn’t won since his Daytona International Speedway road course triumph in February. Both of those drivers have past Richmond success to build off. While Joey Logano has struggled in the past few races, Richmond provides a great opportunity for him to earn his second win of 2021. He has two wins at the track, including six top fives in his last eight starts there. I would not be surprised if a winner comes from that group this weekend.

Tomlinson: No, someone who won one of the last 10 races will probably win at Richmond. Busch and Alex Bowman are possibilities, as Bowman won in the spring and Busch has six victories there. However, Kyle Larson showed strength, fire and the will to win last week at Darlington. He’s won on many track types this season but has yet to conquer a short track like Richmond, despite leading 263 laps at Dover International Speedway. Additionally, Larson took home the trophy at Richmond in 2017.

Haas: There are a lot of good drivers who have not won in the last 10 races including Brad Keselowski, Logano, Truex and Byron. Team Penske and JGR have made Richmond their playground, winning 11 of the last 14 races. Even though Truex has dominated Richmond, the previous winners are still the favorite. Denny Hamlin nearly won the race in the spring before Bowman passed him on a late-race restart. Larson has performed well in the past with a win in 2017 at Richmond. Busch has won six times while Chase Elliott has a best finish of second.

Sheldon Creed opened the Camping World Truck Series playoffs with back-to-back wins after a somewhat mediocre regular season. Has he asserted himself as a title favorite?

Haas: Sheldon Creed is back on the radar for the championship, but he’s not the favorite. Creed has to continue to put pressure on John Hunter Nemechek. GMS Racing’s season has been lackluster, but Creed has performed the best among the team. Nemechek is still the favorite to win the championship, as he has been able to close more races with a win this season than Creed.

Glover: It is still hard to go against Nemechek, but Creed has built up just as strong of an argument. He is determined to prove himself and show he has next-level talent; he should be getting calls for an Xfinity Series ride. Creed and Nemechek finished 1-2 this past weekend, and that could very well be the result at the season finale at Phoenix Raceway in November. Nemechek has experience in all three NASCAR national levels, and Creed is the defending champion. It should make for a compelling title fight.

Tomlinson: Absolutely. Of course Nemechek will be in the hunt as well, but Creed has heated up when he needed to the most. However, two of the final three races of the season are at tracks where Creed has struggled: Talladega Superspeedway and Martinsville Speedway. He has one top 10 at each track (though he’s only been to Talladega twice). Still, if he can either win at Las Vegas Motor Speedway or earn good finishes in each race, he should have a very good chance of capturing his second-straight trophy.

McDowell is in trouble. All the contenders run in the top 10 so there aren’t a lot of points to gain. With McDowell being out 30+ points, he’s got to get in front of almost all of them before the end of the race. Wining isn’t going to happen at Richmond.