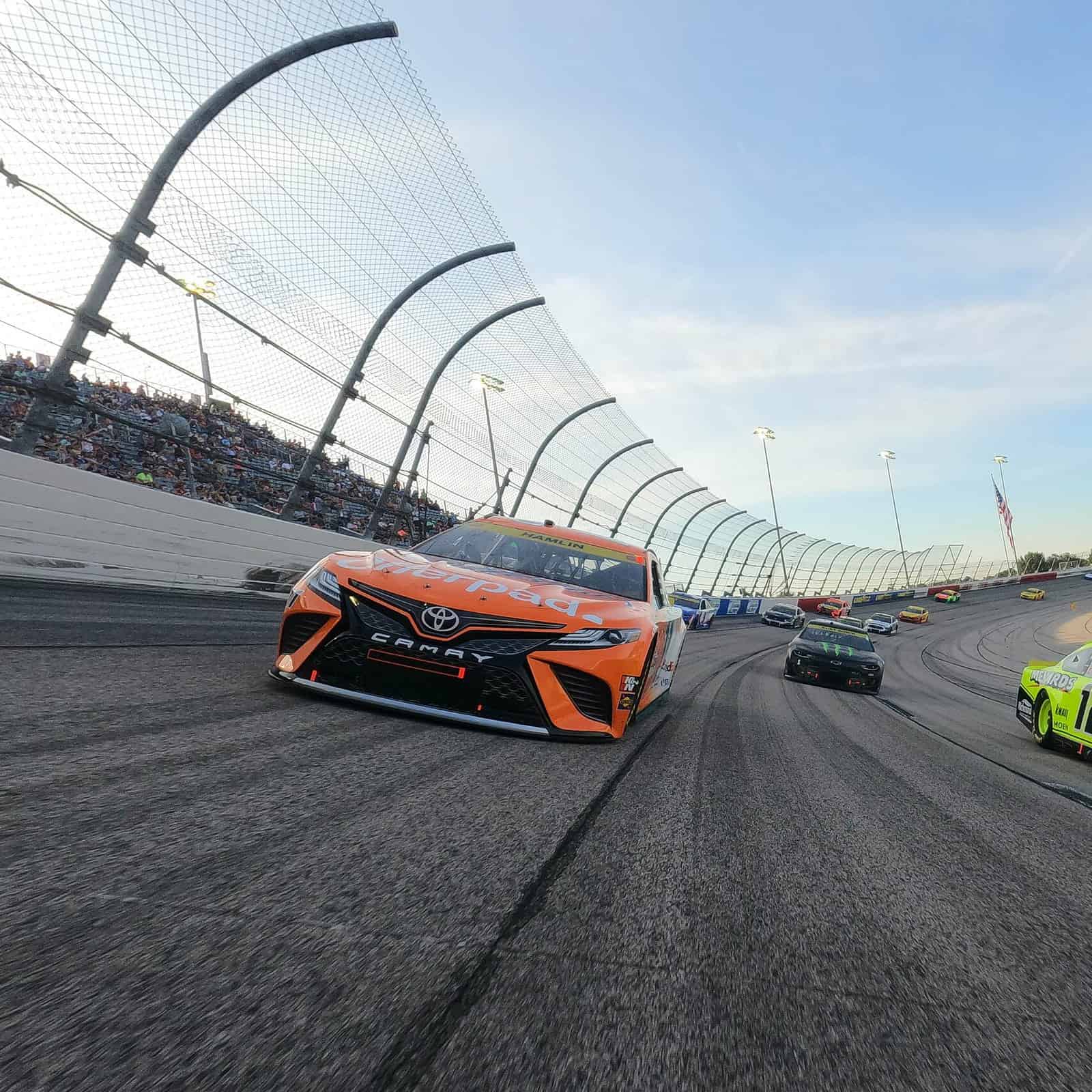 If you checked the storylines leaving Sunday’s (Sept. 5) Southern 500 at Darlington Raceway, you likely saw a smattering of NASCAR Cup Series playoff storylines and subsequent questions.

Are Kyle Busch, William Byron and others in jeopardy of falling by the wayside early on after their expedited exits in the postseason opener? What about Denny Hamlin finally breaking through for a win? Will that be enough to turn the tide in his favor and spur on a championship march? Are he and runner-up Kyle Larson poised to dominate the playoffs after their 1-2 run?

These are easy questions to ask, and given the short-term context they even make some sense. But we all know the answers to the questions…

Or that is, that we don’t know and won’t for some time.

It’s easy to overreact after one playoff race. It’s been something we’ve all been guilty of over the years, particularly in the elimination playoff era. And to the credit of us all, in the early days of this playoff structure that discussion was a bit more warranted.

During the first three years of the elimination playoff, there were no playoff points. Drivers couldn’t lean on the perks of regular season success or make up an extra bounty of points with strong runs in stages. So when Kevin Harvick finished 42nd in the 2015 playoff opener at Chicagoland Speedway, there was a strong chance that he wouldn’t be able to make up the lost ground. In fact, Harvick had to win in the Round of 16 finale at Dover International Speedway that year to keep his playoff ambitions afloat.

But in the playoff era, stories of surprising early exits have proven exceedingly rare. Each of the drivers eliminated in the opening round of the 2017 playoffs started the round outside of the top 10 in points due to their low playoff point totals. In the years since, only two Round of 16 eliminations have come from the top-half of the initial playoff grid, and never has anyone been dropped from higher than seventh (Ryan Blaney, 2020).

There is some initial potential that one could come from further up the playoff-opening table this year, with Kyle Busch (fourth), Chase Elliott (fifth) and Alex Bowman (t-sixth) all currently below or within four points of the cutline. But the history (albeit brief) of the playoff point era to date would indicate that others like Tyler Reddick (t-12th), Aric Almirola (+3) or Christopher Bell (+5) are more likely to find themselves on the outside looking in when this round ends at Bristol Motor Speedway on Sept. 18.

Sure, things could change. Logic would dictate that these trends will eventually have an outlier or two — even a No. 16 seed eventually won in March Madness, right? But the odds of teams that performed well during the regular season escaping remain high thanks to their playoff point totals cushioning the blow of any early issues.

As for any discussion of Hamlin claiming a title, we must first get the obvious statement out of the way: It isn’t inherently bad to win a race at any time. Hamlin’s No. 11 Toyota had the pace to contend and he got the job done, which is a promising sign that surely offers reassurance for his Joe Gibbs Racing team heading into their postseason run. The guaranteed spot in the Round of 12 is pleasant, as are the five extra playoff points that come with the win.

But the Virginian’s breakthrough triumph alone isn’t much to celebrate in the full run of the playoffs. Only once (Martin Truex Jr., 2017) has the eventual champion prevailed in the playoff opener. In five of the other six years, the winner of the opening race has actually failed to even make the Championship 4.

Brad Keselowski wound up fifth in 2014 and eighth in 2018. Hamlin won similarly to this year in 2015 only end up ninth. Truex triumphed to start the 2016 postseason but faded to 11th before redeeming himself the following year, then won again in the 2019 opener and made the Championship 4 only to fall one spot short of Busch in the series championship.Harvick’s 2020 title bid flamed out in dramatic fashion in the penultimate race at Martinsville Speedway after his Southern 500 win.

If there’s anything that actually indicates that Hamlin may be due for a long-coveted championship, it’s his career-best 8.8 average finish to date. That consistency nearly won him the regular season title without a win and could help him avoid the chaos of the postseason en route to the Championship 4, where it’s anyone’s race among the contenders.

The driver who finished second to him on Sunday, Larson, is also the one that beat him for that regular season trophy, which is why some wondered whether the duo could be the pair to battle for the trophy at Phoenix Raceway in nine weeks.

But it shouldn’t take much convincing for any with that thought to avoid getting too optimistic. The famed “Big Three” all lost to the underdog Joey Logano in 2018, while Hamlin and Harvick dominated 2020 only to watch Elliott lift up the championship trophy at season’s end.

The current playoff format offers assistance to the Championship 4 for those that succeed during the regular season, but it doesn’t provide any sort of guarantee for a shot at the title. Instead it’s the group that peaks at the right time in October and November that usually celebrates when the year comes to a close.

It could be Hamlin or Larson. Could even be Busch, Bowman or one of the other contenders that had disappointing nights in Darlington. Or it could be none of the above and go instead to someone like Truex or Logano that quietly marched through the opening playoff race.

If you’re a fan of one of the top drivers, congratulations. They’re in a good spot to advance to the next round as things stand. But don’t get too cocky yet. Supporters of those that fell afoul of the Lady in Black, save perhaps for Michael McDowell, don’t fret just yet. There’s still a lot of racing remaining before four drivers are cut from the field,

Everyone involved, take a deep breath. Let’s get through this weekend’s race at Richmond Raceway and see where each of the contenders lie. Then we’ll have a better idea of whether any panic switches need flipped heading to Bristol.

Nice column. Even McDowell still has a chance at the next two tracks. Like you said, way too early to do much handicapping.