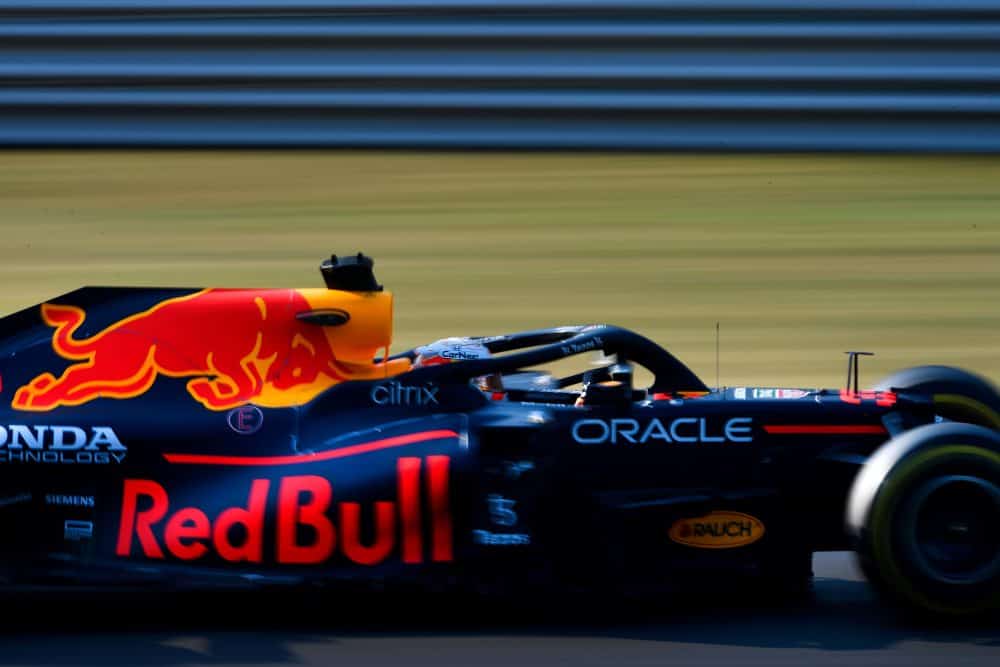 After announcing earlier this week that he will depart from Mercedes at the end of the year, Valtteri Bottas looked like he had a weight off his shoulders, zipping around Monza to claim first place in qualifying and then leading every lap of the sprint race to collect an extra three points for his championship. Bottas had trailed his teammate Lewis Hamilton in the first two qualifying sessions on Friday (Sept. 10) but just pipped him by around a tenth of a second on his final run. When the sprint race began, Bottas got a strong start and managed a two-second lead over Max Verstappen for the entire 18-lap dash.

However, Bottas will take an engine replacement penalty for Sunday’s Italian Grand Prix, dropping him to the back of the grid and promoting Verstappen to pole position. Still, Bottas’ strong qualifying and sprint performances took three potential points away from Red Bull and Verstappen. Verstappen, who had been unable to match the pace of the two Mercedes in qualifying and said that “it would have been unrealistic to hope for more,” got past a slow starting Hamilton in the sprint and came home second.

Hamilton’s poor sprint race launch also saw him passed by both McLarens, who looked quick in qualifying on Friday and started the sprint in fourth and fifth. Both Lando Norris and Daniel Ricciardo opted for soft tires while most of the others stuck with mediums, allowing them to get ahead as Hamilton battled wheel spin off the line. Ricciardo came home third and Norris stayed ahead of Hamilton for fourth. Both will be promoted one spot by Bottas’ penalty, meaning Ricciardo will start on the front row alongside Verstappen.

It was not a good day for Hamilton, who had also lost out to Alpha Tauri’s Pierre Gasly at the start and was unable to get back past Norris, ending the session in fifth. He might have been sixth had Gasly not made contact with the rear of a McLaren in turn 1. As Gasly went around Curva Grande on the opening lap, his wing scraped along the tarmac, sending sparks flying before it snapped off and he went sliding into the barriers. This brought out the safety car and ruined what had been another strong qualifying for Gasly.

Behind Hamilton came the Ferrari duo of Carlos Sainz and Charles Leclerc, who had both managed to reach Q3, with Sainz placing seventh in qualifying with Leclerc in eighth. Both drivers moved up a spot when Gasly crashed out and will gain an additional place for tomorrow’s start thanks to Bottas’ penalty.

Antonio Giovinazzi continued his impressive weekend, finishing the sprint race in eighth. The Italian had a dazzling qualifying, going a remarkable sixth in Q1 before placing seventh in Q2. In Q3 he dropped down to 10th, but it was still back-to-back Q3 appearances for Giovinazzi. In the sprint race he moved up to eighth at the start and managed to fend off Red Bull’s Sergio Perez.

Perez had yet another disappointing qualifying, with the Red Bull driver far adrift of his teammate Verstappen. He finished the session down in ninth, beaten by both McLarens and both Ferraris. In the sprint race he dropped back at the start and then battled with Aston Martin’s Lance Stroll. On lap 9 Perez attempted a move around the outside at the first chicane but ran out of room and cut the chicane. He eventually gave the place back, only to execute the same move on the following lap to make the pass for ninth, his finishing position.

Aston Martin had had a chaotic qualifying—in Q2, both of their cars attempted to emerge as Lewis Hamilton’s Mercedes cruised past their garage, leading to a tense moment that put both an Aston Martin and an Alpine mechanic at risk. Aston Martin received a €5,000 fine for an unsafe release while Alpine was charged the same amount for their team member standing in a dangerous location.

Not only did both teams get hit with a fine, but both Aston Martin and Alpine drivers had also been eliminated in Q2. Sebastian Vettel qualified 11th for the sprint with teammate Stroll following in 12th. Vettel dropped down to 12th in the sprint race while Stroll had a solid drive, taking advantage at the start to get into ninth and then falling behind Perez to claim 10th.

Alpine’s Fernando Alonso was 13th in qualifying but managed to improve two spots to 11th for tomorrow’s Grand Prix, which will give him free tire choice compared to the 10 drivers starting ahead of him. Esteban Ocon in the other Alpine looked off the pace and qualified 14th, improving to 13th in the sprint due to Gasly’s misfortune.

Meanwhile, George Russell had initially been eliminated in Q1 on Friday but was promoted back to 15th when Yuki Tsunoda’s lap time was deleted. Russell had a difficult time in the sprint, ultimately remaining in 15th but being passed by his teammate, Nicholas Latifi, who had placed 16th in qualifying on Friday. Latifi had a scary moment when he nearly hit an animal as it scurried across the track just after the Friday session ended.

Behind the Williams drivers came Tsunoda, who was eliminated from qualifying in Q1 when his lap time was deleted for exceeding track limits at the Parabolica. Tsunoda had slight contact with Robert Kubica, who is standing in for Alfa Romeo’s Kimi Raikkonen, on the opening lap of the sprint, necessitating a front wing change, but he still finished in 16th, one spot up from qualifying. Kubica had qualified 19th and improved to 18th in the sprint.

Mick Schumacher had placed 18th in qualifying, two spots ahead of his teammate Nikita Mazepin who was plum last, but their fortunes switched in the sprint, with Mazepin finishing 17th and Schumacher dropping back to 19th.

This week the news was full of driver lineup announcements — after Kimi Raikkonen said he would retire after this season, Bottas confirmed his move to Alfa Romeo, opening up a spot for Russell at Mercedes and for Alex Albon to return to the grid at Williams. Along with these high profile moves, Alpha Tauri said it will retain its pairing of Gasly and Tsunoda for the following year.

Gasly has no doubt earned his seat in F1, sitting eighth in the standings and collecting more than three-quarters of his team’s points this season. Tsunoda, on the other hand, has struggled in his rookie campaign, down in 13th with just 18 points to Gasly’s 66. The young Japanese driver has shown promise and certainly had the talent in the junior categories, but has had difficulty keeping the car on track and matching his more experienced teammate’s pace.

Even Tsunoda seemed surprised by the move, admitting that “I just keep crashing!” While Tsunoda has had his fair share of shunts in the first half, the fact that he is aware and honest about his shortcomings shows just how mature he already is and his reflective outlook implies that he has plenty of room to grow. It was refreshing to see a driver truly take responsibility for their mistakes. It is also a relief to see the normally cutthroat Red Bull junior driver program give a struggling driver another chance. However, if Tsunoda can’t improve next year, don’t expect Red Bull head honcho Helmut Marko to be too forgiving.