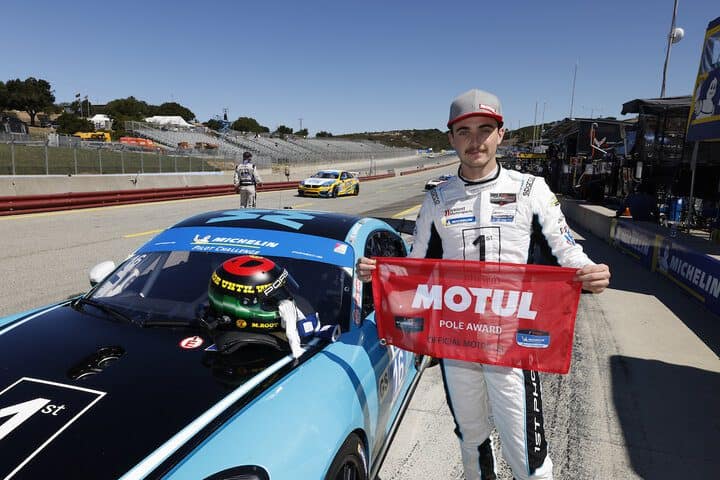 Maxwell Root is not a regular in IMSA Michelin Pilot Challenge competition.  If one of Wright Motorsports’ regulars can’t go, he is the first call.  Driving in place of Ryan Hardwick, who is out after testing positive for COVID-19, Root turned in a lap at 88.990 mph to claim his second pole of 2021.

In TCR, JDC-Miller MotorSports’ Chris Miller claimed the class pole in his Audi with a lap at 86.939 mph, a new TCR class record for WeatherTech Raceway Laguna Seca.  Miller’s lap, which was good enough for 12th overall, was under two-hundredths of a second faster than Copeland Motorsports’ Tyler Maxson.  Bryan Herta Autosport’s Harry Gottsacker will start third in class, followed by the Honda of VGMC Racing’s Karl Wittmer.  Ryan Norman starts fifth in his Hyundai Elantra N TCR.

There were no red flags during the session, but there were a couple of spins.  During the TCR portion of qualifying, Copeland Motorsports’ AJ Muss spun his Hyundai Veloster N TCR in turn 3.  Later on, Riley Motorsports’ Anton Dias Perera spun his Supra in turn 11 during the Grand Sport session.  Both drivers were able to right themselves and continue without issue.