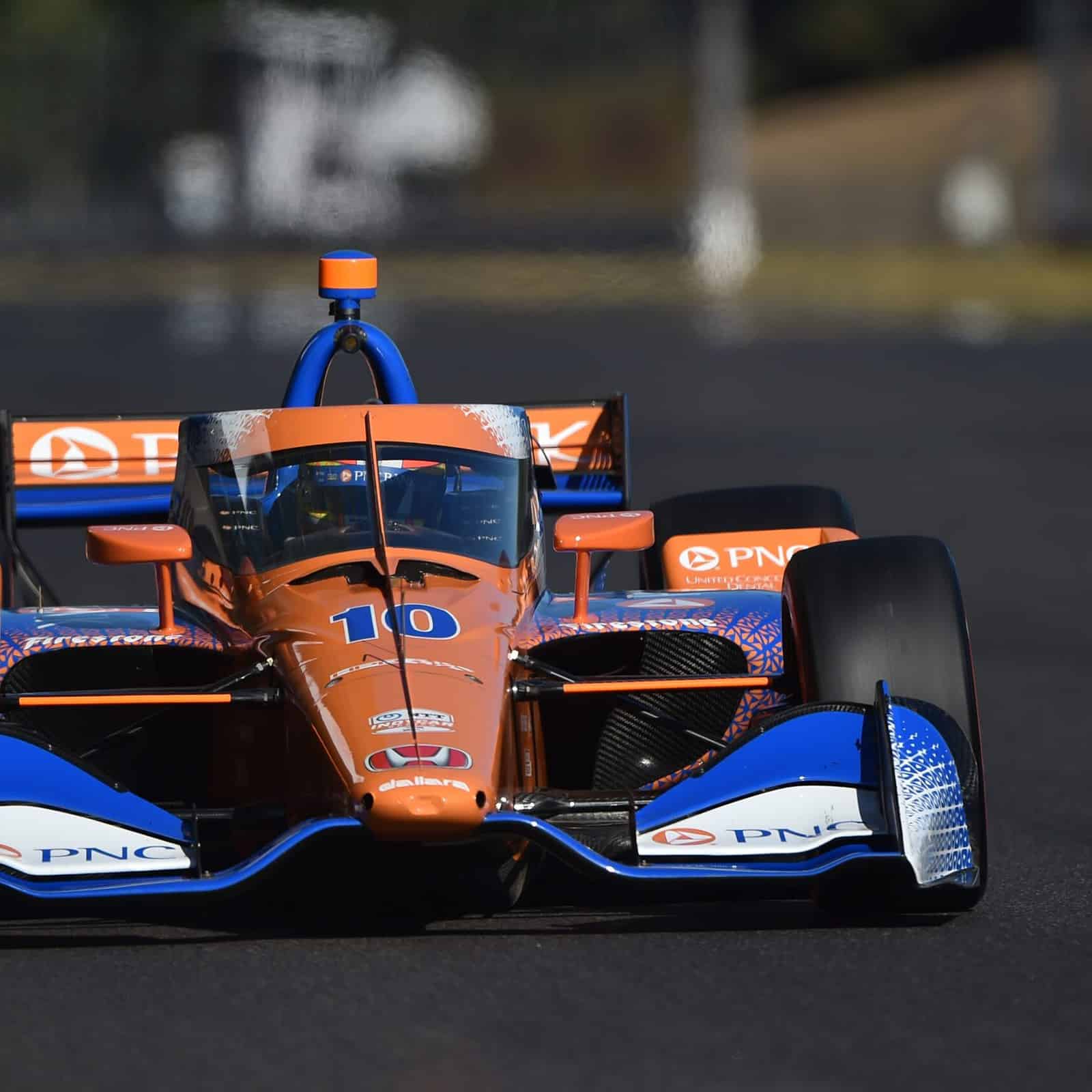 Both Palou and Dixon suffered a turbulent race start. Contact with Felix Rosenqvist sent Dixon hurtling into Palou’s lane, who narrowly avoided contact between them. Both drivers missed turn 1 as a result yet were left to restart toward the rear of the field once the race resumed.

In victory lane, Palou noted his frustration with race control over their decision.

“I don’t know what IndyCar was thinking about,” Palou said. “You avoid an accident and they put you in the back.”

However, the No. 10 team stayed focused and steadily worked their way back through the pack. Their reward? A 25-point lead in the standings with two races remaining.

“We kept our heads down,” Palou said. “We knew that the race was really long … strategy was amazing.”

The first-lap, first-turn chaos left Pato O’Ward in control of the race with Graham Rahal in hot pursuit. Rahal eventually inherited the lead during pit cycles, but would lose it after an untimely caution left Rahal and much of the top half of the field on a less-than-ideal fuel-saving strategy.

Rahal’s loss was Palou’s gain as Palou’s strategy became one of full attack. The Spaniard pitted under the yellow for the first of his three stops, with his second pit stop coming on lap 44 of the 110-lap race. A full course yellow eight laps later forced the hand of several other three-stoppers to stop early, but Palou was in fourth place at the time of the caution and in position to take command.

Palou stopped on lap 79 from the lead, then would get the lead back after everybody in front of him stopped.

The final two restarts of the day put Rossi in position to challenge Palou for his first win since 2019. Unfortunately for him, Palou’s cunning reactions on restarts won the day, leaving Rossi to settle for a second-place finish. Dixon proved to be a non-factor in the race’s final two stints, finishing three seconds adrift of Palou.

IndyCar debutant Callum Ilott was given a harsh welcome to the sport as both the he and Dalton Kellett both suddenly ground to a stop on track on lap 51. Ilott and Kellett finished 25th and 26th, respectively.

On the other side of the coin, rookie Jimmie Johnson enjoyed his most consistent and painless race of his IndyCar career. The seven-time NASCAR champion finished 20th and could be seen battling with 2016 IndyCar champion Simon Pagenaud in the race’s latter half.

For Rahal, the race was a disappointment after looking set to win the race midway through.

Overall, a great race! Heartbreaker for Rahal, as he performed immaculately to put himself into the lead. Alas, if only that run was to take the lead at the end of the race instead of the middle!

While I think of the “big” televised race series Indycar is by far putting on the best show (and has been for a few years), there are 2 things that annoy me.

1) More often than not, they always seem to pile up into turn 1 on lap 1, taking out half a dozen drivers. While I get it is a chance to make up positions, I fail to see where the risk is worth the reward on lap1, turn 1.

2) Stalled cars. Why are these cars so sensitive drivers have a hard time not stalling them after minor spins on track, significantly impacting the flow of the race? I would be in favor of technology here to keep the cars running / easier to get going after mishaps on the track. Seems that could eliminate at least 1 caution per race.