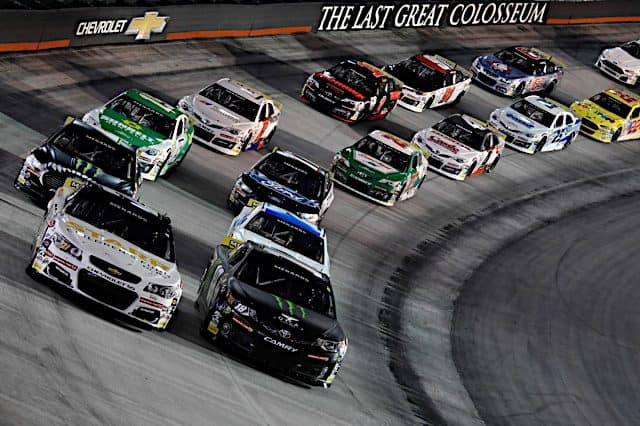 Only three events are left on the 2021 ARCA Menards Series’ calendar as the close championship battle heads to Bristol Motor Speedway this Thursday night (Sept. 16) for its annual visit to the Worlds Fastest Half-Mile.

A total of 30 teams are entered for the the 200-lap race, meaning all participants are automatically qualified while tying Phoenix Raceway for the second-largest field in the 2021 ARCA Menards Series schedule.

Sam Mayer returns to Bristol in the No. 23 QPS Employment Group Chevrolet of Bret Holmes Racing, the track where he earned his first career NASCAR Camping World Truck Series victory one year ago.

Thad Moffitt will climb back into the No. 46 David Gilliland Racing Ford after missing the event at DuQuoin Fairgrounds. Joey Iest is in the No. 54.

Sammy Smith returns in the No. 81 Engine Ice Toyota of Joe Gibbs Racing after an impressive run at the Milwaukee Mile where he finished fifth.

Eric Caudell will make a start in the No. 7 Caudell Consulting and Marketing Toyota for his sixth start of the year.

Jade Buford will pilot the No. 10 Big Machine Vodka Spiked Coolers Toyota for Fast Track Racing in his second series start of 2021.

Drew Dollar is looking for his sixth top-five in what will be his 11th start in 2021 with the No. 15 Sunbelt Rentals Toyota for Venturini Motorsports.

Kyle Sieg will be in the family-owned No. 28 RSS Racing Ford for the 10th time in 2021 come Thursday night.

Max Gutierrez joins the field for the fourth time this year from Mexico in the No. 30 Tough Built Ford for Rette Jones Racing.

Greg Van Alst makes his seventh start in 2021 in the No. 35 CB Fabricating Ford.

Conner Jones will make his second-career series start this Thursday in the No. 42 Jones Utilities Chevrolet.

Justin Carroll will also make his first career ARCA start this Thursday in the No. 91 Carroll’s Automotive Toyota.

The penultimate short track race of the year for the ARCA Menards Series will be live on Sept. 16 at 6:30 p.m. ET and will air on FOX Sports 1.