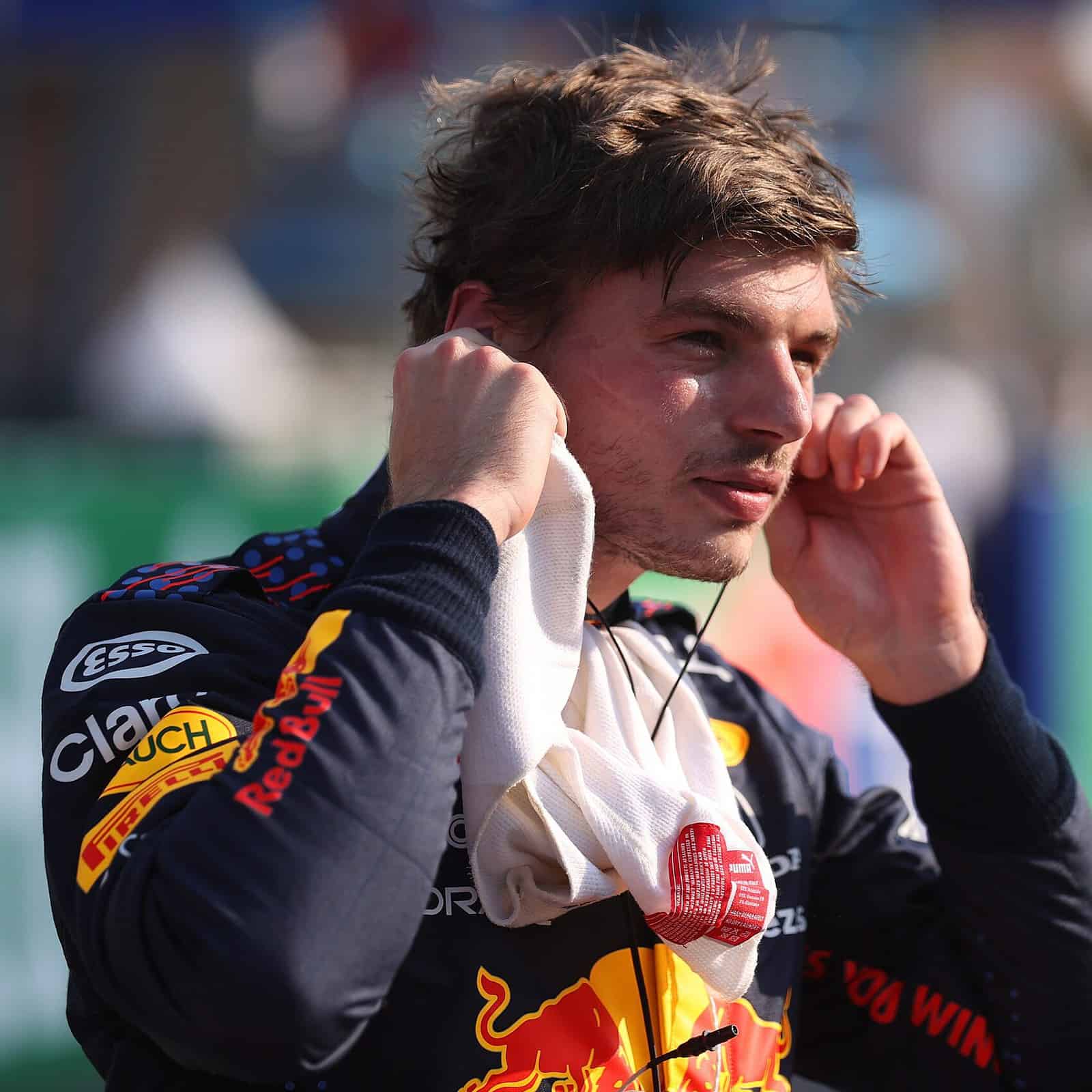 A quick aside: Ricciardo’s win should not be cast aside too quickly. For McLaren, the win is their first since 2012. For Ricciardo, it is his first since Monaco in May 2018 – which was two teams ago, when he still drove for Red Bull.

McLaren lost their way in the middle of the 2010s, unable to keep up with Red Bull, Mercedes and Ferrari, struggling to maintain engine performance (hello, Honda), scattershot in choosing their drivers and confused in what approach to take with their aerodynamics. In 2020, the team looked like it was finally rebounding, finishing third in the standings. The switch to Mercedes power for 2021 looked to be an upgrade to the Renault power unit and McLaren poised for better things.

Ricciardo also thought he was moving on to better things when he left Renault at the end of 2020 to join McLaren. While McLaren has shown it can frequently hang near the front, Ricciardo had underwhelmed with his performance, commonly out-qualified by teammate Lando Norris and routinely beaten in the final standings. Norris had already accumulated three podium finishes to Ricciardo’s zero before the series stopped in Italy.

It might be easy to classify Ricciardo’s win as a fluke, a confluence of factors from champion contenders errs and Monza being aptly suited for McLaren, but such dismissal is faulty. Ricciardo qualified well, beat Lewis Hamilton in the sprint race and then bested Max Verstappen off the line. Once in front, Ricciardo put together an outstanding race, never putting a wheel askance and earned the win. Though Norris has put together a better season, Ricciardo seemed to unlock the McLaren in Italy. The question now becomes whether or not he can do it again.

Now back to the original focus.

On lap 24, Hamilton came out of the pits and found himself just ahead of Verstappen, who had just suffered through an ignominious 10-second pit stop and returned to the track with his blood at full boil.

As Hamilton came onto the track, Verstappen managed to keep his speed into turn 1, pulled alongside and then drove into the side of Hamilton, finally perching himself atop Hamilton’s Mercedes.

Just a reminder that the safety that is now built into an F1 car is amazing.  Hamilton has noted that the Halo device likely saved his life.

Verstappen stomped away from the wreck with Hamilton still in his cockpit. Though drivers frequently walk away unhappy from crashes, they do tend to check on other drivers when things look bad.

And that is the problem with the wreck, and possibly, the reason why the stewards awarded Verstappen a three-place penalty for the next race, the Russian GP. What happened on the track had the look of being a racing incident, at least from one perspective.

But when revisiting the footage, and being able to view the camera from Hamilton’s car, the story begins to shift.

A dramatic new angle on the Hamilton/Verstappen collision#ItalianGP ?? #F1 pic.twitter.com/PvN2KGUbbi

No longer does it look like Verstappen had pulled aside and that Hamilton failed to give Verstappen any room. Instead, it looks as though Verstappen made a charge and chose not to yield, seeming to dive-bomb the corner in the hope that Hamilton might give up the spot.

Hamilton may have considered such a move if he were in a compromised position, but he wasn’t, and he knew it. He drove into the turn believing that he would exit ahead of Verstappen and that they would sort things out over the rest of the race.

Hamilton is a 99-race winner and seven-time champion for a reason. Sure, he’s been gifted great cars throughout much of his career. Sure, he’s got an abundance of talent. But what gets overlooked is his racecraft. Though he has certainly been at fault in some poor decision-making, like at Sao Paolo last year when he took out Alex Albon, he tends not to throw races away.

Consider these statistics.  In 280 races, Hamilton has accumulated 27 DNFs.  That is 27 retirements over his 14-year career.

To compare, in 133 races, Verstappen has accumulated 29 DNFs.  That is 29 retirements over his seven-year career.

Another way of thinking about these results is to recognize that Hamilton suffers a DNF 9.6% of the time compared to Verstappen’s 21.8%. While DNFs are one way to gauge a driver’s ability, it is not the best way, as some failures come from mechanical issues and not driver error. The DNF stat also does not reflect incidents when a driver encounters bangs up the car but are able to have it repaired and continues to the finish.

The early knock on Verstappen was that he was reckless and that he put himself in bad positions or made dumb moves.

No one could deny what he did in a car just that he needed to calm down when he was behind the wheel. This year has seemingly come as evidence that Verstappen has matured. The maturity seemed to leave at Monza.

One reason that the stewards may have felt the inclination to penalize Verstappen was that it would serve as a way of reining him in. Even if he has been clean this year, his history suggests that it is necessary to keep him in check.

With his team principal Christian Horner and owner Helmut Marko, both throwing barbs toward Mercedes in the press, there is every reason to believe that Verstappen is emboldened by the team atmosphere. His position with Red Bull as team leader is secure, but he is still 23 years old (24 on Sept. 30).

The governing body may have found it necessary to remind Verstappen of just who is in charge. Though he will take a five-point lead in the championship standings with him to Sochi in Russia, he will also be bringing with him more scrutiny than he has faced all year.

The incessant whining from these two teams and their driers, or the one currently seen at the disadvantage has gotten far beyond tedious.
Lewis who is certainly a talented driver with what has proven to be the best team, is seemed to get the best from the organizing body. Beyond what would seem to be fair play.
If Mercedes isn’t upended this year, than i think the the equity of the sport will be viewed

You mean like when Michael Schumacher was winning everything for Ferrari? Dominance seems to come in cycles, just like most other sports. I have to say, when your car ends up literally on top of another car just stopping to make sure the other driver isn’t severely injured just seem courteous?

I am not a fan of either driver but personally think the accident was a racing incident after all racers are suposed to race and sometimes racing accidents happen. That said there is another reason that F1/FIA don’t want to hear why this and good number of accidents may have become more prevalent and the quality of the racing has been in my opinion has declined and that is the cars themselves that although fast have become excessivley heavy, wide, and in general just to dang-gum big. As a result the tracks and street course they race upon are no longer sufficent in size for wheel to wheel racing. Addtionally the curbing around the tracks has grown in size to the point that they might as well replace them with armco barriers or actual concrete walls. If you were to carefully review the incident it is quite clear what caused Verstappen’s car to become air borne was that mountainous “sausage” curb behind the curbing designating track limits and frankly every time I see curbing behind curbing I scratch my head and wonder what the hell were they thinking when they installed it becuase quite frankly there is no need for it and if and when a car runs over it nothing good ever becomes of as we witnessed this past weekend with Max’s car landing ontop Lewis’s which without the “halo” bar had a great potental for ending very badly and even with it the rear tire of Verstappen’s car hit Hamilton in the head giving him reportly a sore neck and had Max’s car landed slightly diffrently or Lewis been a little bit taller his sore neck very easily could of become a broken one or worse.