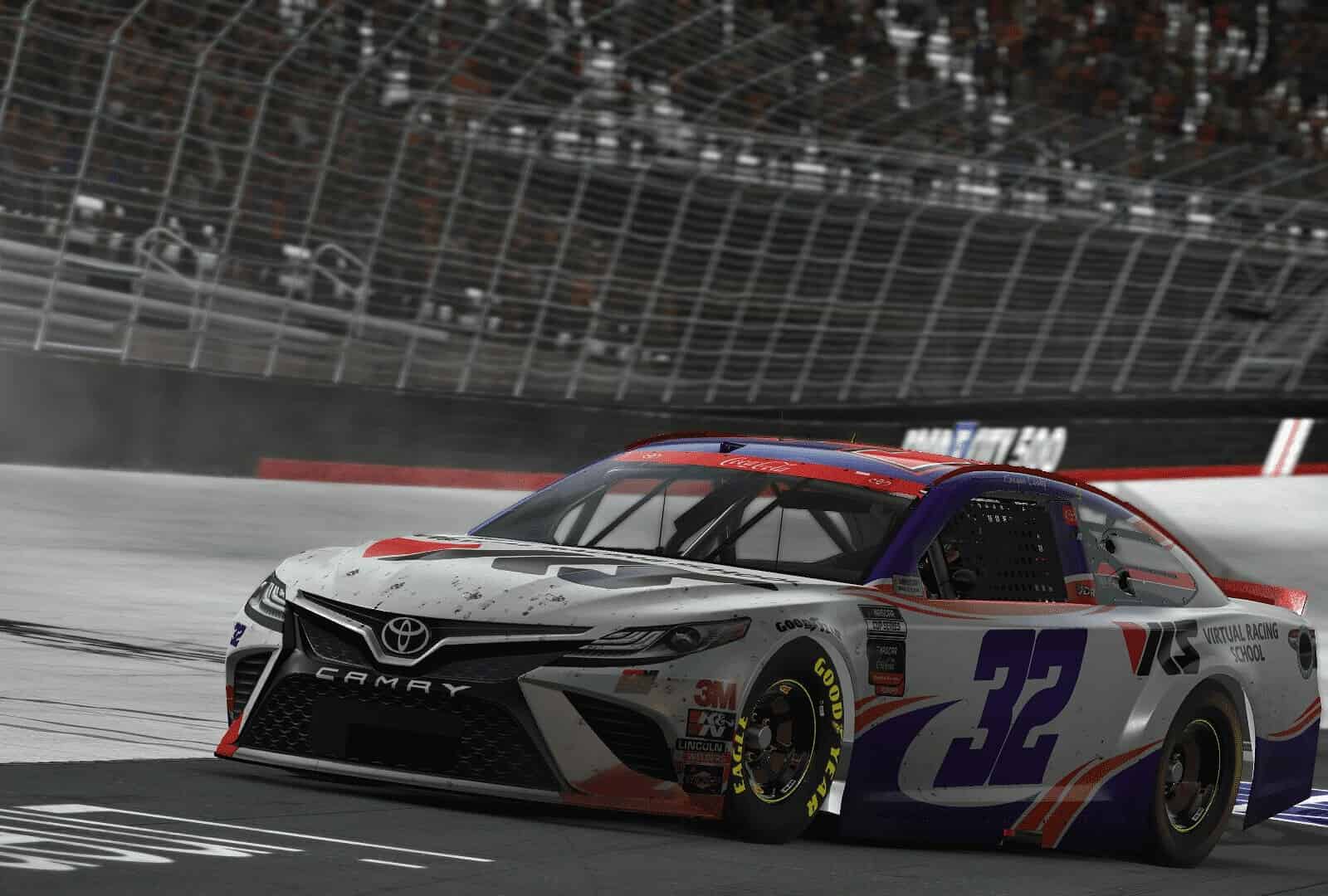 The virtual Bristol Motor Speedway played host to the second round of the eNASCAR Coca-Cola iRacing Series playoffs Tuesday night (Sept. 14), with Keegan Leahy claiming the win and a berth in the Championship Four race at Texas Motor Speedway.

Leahy survived a few late-race restarts to lead every single lap. He bounces back after having a miserable first round of the playoffs at Darlington Raceway.

“I’ve never experienced this before, but this feels like a dream,” Leahy said following the huge victory.

He will now have a chance at redemption for the end of his 2021 season in this year’s Championship Four race at Texas.

Leahy started on pole, needing a great bounce-back race to after a terrible start to the playoffs at Darlington. He started up front, stayed up front, dominated and came home with a much-needed win. He took advantage of the track position all night long. Great pit stops allowed him to keep the lead and work his way toward victory. He had a challenge from the drivers behind him, especially Logan Clampitt near the end, but none were able to prevail.

Bristol has always been home to wild races, regardless of eNASCAR or actual NASCAR. This was the second short-track event of the season for this series, and it proved to cause chaos up and down the running order all night long. However, even with the wreckfest near the end, it was one of the most calm races we saw at Bristol in the history of eNASCAR.

Passing at Bristol has been very difficult for many years now, and Tuesday was no different. Leahy held the lead as he was able to run the preferred groove at the top of the track, right next to the wall. Working the bottom is something many drivers attempted to do, but few succeeded.

Surprisingly, the first half of the race was more on the clean side. There was some bumping and banging on the track as always on short tracks, but none were serious enough to create any cautions until lap 102, when playoff contender Bob Bryant was spun around. Leahy continued to dominate, though, as Mitchell DeJong and Bobby Zalenski were only able to close in but not pass as lapped traffic came into play.

Clampitt came to life as the race wore on, seeming to be one of the only drivers able to work the bottom all night. He ran third most of the second half of the race until he was able to pass DeJong for second, and needed to have an overall solid night to help his case for making the Championship 4. He did exactly that, finishing runner-up.

Usually, there’s a mix of non-playoff drivers versus playoff guys near the front of these races but Tuesday’s race was different. Four of the top seven were drivers in the playoffs, two of which now are in the Championship 4 with Leahy and Zalenski. This shows how strong this field is this year and how competitive this series has been all season.

The next race for the series will be in two weeks (Sept. 28) at the Talladega Superspeedway. Coverage begins at 9 p.m. ET on eNASCAR.com or Twitch.tv/iRacing.