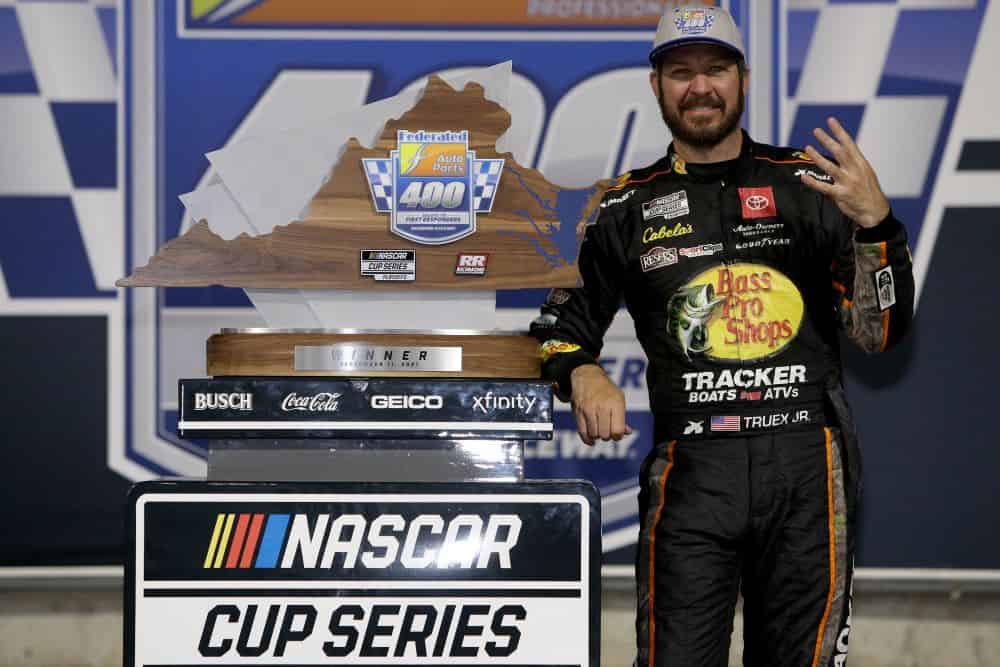 It’s the final race in the Round of 16 of the NASCAR Cup Series playoffs and Martin Truex Jr. will lead the field to green at Bristol Motor Speedway Saturday (Sept. 18).

Darlington Raceway victor Denny Hamlin will start alongside his Joe Gibbs Racing teammate on the front row. Team Penske’s Joey Logano will begin the race from third, while Hendrick Motorsports cohorts Chase Elliott and Kyle Larson round out the top five.

All 38 drivers entered made the race this weekend. As for setting the lineup, it was formula-based, a metric that considered both driver and team performance. Owner points ranking (weighted 35%), driver’s and car owner’s finishing position (25% each) and fastest lap from the previous race (15%) were added together in this formula. The lowest score started on the pole, then second place, etc. with all NASCAR playoff drivers automatically placed in the top 16 spots.