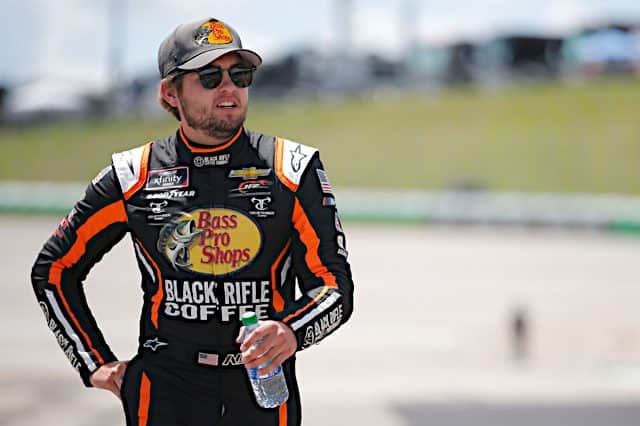 The NASCAR Xfinity Series’ regular season finale is Friday night (Sept. 18) at Bristol Motor Speedway. Noah Gragson will wheel his No. 9 JR Motorsports Chevrolet from the pole in Thunder Valley.

Gragson is on a two-race win streak, taking the checkered flag at both Darlington Raceway and Richmond Raceway.

Cousins Harrison Burton and Jeb Burton begin the race sixth and seventh, while Riley Herbst starts eighth and holds an insurmountable lead over Michael Annett (66 points) for the final playoff spot. Annett and any others outside the top 12 must win in order to advance.

Austin Cindric and AJ Allmendinger will battle for the regular season championship from ninth and 10th. Allmendinger holds a narrow five-point lead heading into the finale.

See also
5 Points to Ponder: Has JGR Surpassed Hendrick in These Playoffs?

As expected, the No. 13 of Timmy Hill did not make the event based on his off-track qualifying metric. 40 cars will start the race due to the fact there’s no qualifying on speed.

As usual at tracks without on-site qualifying, four performance-based categories were weighted and added to set the lineup: driver’s and owner’s finishing position (weighted 25% each), fastest lap from previous race (15%) and rank in owner’s points (35%).

Grabs the pole? I’d say given to him.