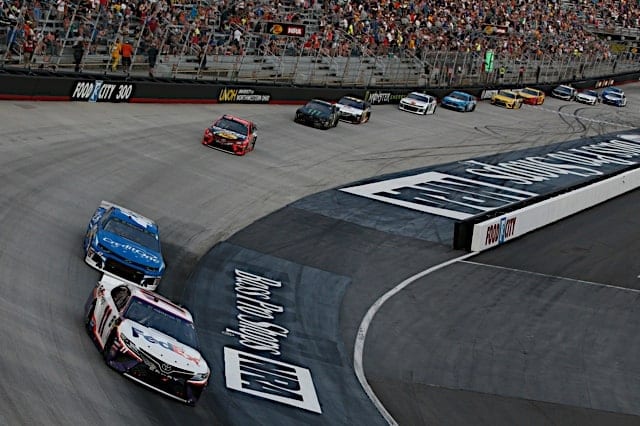 What were the changes to the schedule?

This past Wednesday, after the Athletic reported the full schedule the day prior, NASCAR officially announced the 2022 NASCAR Cup Series schedule.

The schedule is 36 races held across 27 configurations (a new modern era record) and 25 venues. Outside of the return of Auto Club Speedway, which was subbed out in 2021 for the Daytona International Speedway road course due to COVID-19, the only new configuration on the schedule is World Wide Technology Raceway at Gateway, a mile-and-a-quarter egg-shaped intermediate oval.

After 40 seasons with two dates, Pocono Raceway has lost one of its dates, which is being given to Gateway. It’s a bit of a surprise that the Mattoli family has lost a date after so many years, but the reality of the situation is that it’s very hard for tracks to justify two dates now.

Of the 10 tracks with two dates now, four are untouchable due to how rare their track discipline is (Daytona, Talladega Superspeedway, Martinsville Speedway and Richmond Raceway), two have a unique configuration with one of their dates (Bristol Motor Speedway and the Charlotte Motor Speedway ROVAL), three have major local money being awarded in exchange for two dates (Kansas Speedway, Las Vegas Motor Speedway and Phoenix Raceway), Darlington Raceway has a unique first race with the throwback gimmick, and the final one, Atlanta Motor Speedway, is a facility the track owner has a lot of plans for. The only big reason why Pocono could have two dates without having a doubleheader was that NASCAR would open itself or the Sonic group (SMI) to another antitrust lawsuit by giving it to themselves, and that’s no longer the case with Gateway also being independently owned.

Is the Saturday night race dead?

One big note is that the Cup Series’ Saturday night race format, of which there used to be quote a number of on the schedule, is practically dead. Just two Cup races next year are planned for Saturday night: the spring Martinsville race and the fall Bristol race. Martinsville just got lights fairly recently so it makes sense for that track to have it, while they had to have a night race at Bristol.

There are a number of reasons why the Saturday night race has fallen out of favor, but probably the biggest is that they are ratings death. Richmond and Bristol this week and last will almost certainly be the lowest rated races of the playoffs, even though all the rest but Darlington will be going up against the mighty National Football League. When FOX and NBC are dropping hundreds of millions of dollars on rights fees annually, they don’t want to have the races be ruined by choice of day.

In reality, it’s bad because of a fairly large issue with the schedule: there is exactly one off weekend between the Daytona 500 and the season finale at Phoenix Raceway. Yes, this includes a race on Easter night, which will be the Bristol dirt race. The season is way too long, and the reality is that NASCAR can’t cut races and therefore revenue.

Doing so many races with so few off-weeks is going to create a lot of burnout among those in the industry and the fans. There already is with the current schedule. Expecting so many people to do so much for so long is going to shorten careers. Just ask Jimmie Johnson about how long the NASCAR circuit is.

Saturday night races, especially one day shows, condense things dramatically but it gives everybody an extra day, a Sunday no less, in their week. What I would do to the Cup schedule right now would be to move both Richmond races to Saturday nights again, have the July Atlanta race on Saturday night (which gives the bonus of it not being an oven), and move Martinsville to a mid-week race before baseball. Then slightly rearrange the schedule so that the mid-June off-week is actually two weeks off. At least having a dedicated vacation period again would help with reducing burnout a little bit.

What will the other major stock car series schedules of 2022 look like?

There are some inferences with the Cup schedule as to what the upcoming Xfinity and Truck series calendars will look like.

Xfinity will probably be similar to Cup, except with the standalone Mid-Ohio Sports Car Course race and the Texas Motor Speedway All-Star companion race. Considering that series has been at 33 races for quite a while now, I predict that all 36 Cup races will once again have NXS companion races except for spring Richmond, spring Bristol, Sonoma, and two other racetracks.

Trucks will probably have standalone events once again at Knoxville Speedway, Texas and Canadian Tire Motorsports Park. If the season is 23 races again, that would be 20 Cup companion races, four of them without Xfinity. It wouldn’t be surprising if Trucks have 22 unique configurations next year in 23 races, with only Las Vegas being a repeat.

With Cup not doing much Saturday night racing, the summer is largely open for Superstar Racing Experience’s second season. SRX probably does not want to go head-to-head with Trucks or Xfinity, but it would not be surprising if NASCAR makes it impossible for them not to do so at least once. With NASCAR off on Father’s Day weekend, that seems like a prime opportunity to have the first race of the season there. Adding an extra race or two wouldn’t be bad either, as it really didn’t feel like the series was overstaying its welcome with six this past summer.

As a side note, Tony Stewart has to be the luckiest person in sports this year. He started SRX as COVID-19 restrictions were falling by the wayside, and SRX ended right before the rise of the Delta variant in late summer. Now that the series has proven itself, it’s not going to end up like the XFL, where the pandemic derailed and ended it before it could become fairly established and proven on television. And if COVID is still around next year, it’s not going to matter so much long term because SRX is already a proven television property.

Who will be eliminated at Bristol?

There are three drivers absolutely safe from elimination heading into the night race at Bristol: Martin Truex Jr., Denny Hamlin, and Kyle Larson. Joey Logano (+40) and Ryan Blaney (+28) should have a big enough cushion with enough drivers (and therefore variables) to be fairly safe. Everybody else, though, should be worried.

The surprise elimination of this round may well be Kyle Busch. Busch on paper has a strong three racetracks in this round, but two rough finishes to begin the playoffs has left him with just an eight point advantage on the cut line. And with just how fast things can develop at Bristol, that could be a huge surprise this year for Busch and the other drivers just barely above the cutline.

I like Saturday night races but I know I am in the minority among fans.
The biggest issue with the Easter night Bristol race may not be that it’s being held on a religious holiday, it’s that it’s a school night and anyone with a normal job has to work the next day.