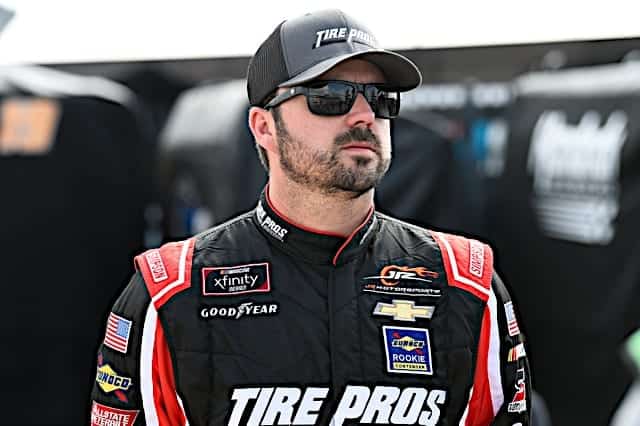 Michael Annett will not race in the Food City 300 tonight at Bristol Motor Speedway. Josh Berry will substitute for him in the NASCAR Xfinity Series race, JR Motorsports announced on Sept. 17.

Annett, who has been in and out of the No. 1 car for the past few months while dealing with recurring leg injuries stemming from a stress femur fracture in July, was once again ruled out after it was reported that he had reaggravated his leg and was in substantial pain the morning of the race.

Annett’s absence tonight will end his chances at making the Xfinity Series playoffs in 2021. His teammates Justin Allgaier and Noah Gragson are already locked in to the playoffs with two wins apiece.

In Annett’s place in the No. 1 tonight will be Berry, who has driven for JR Motorsports in 14 of the 25 Xfinity races this season. Berry picked up his first Xfinity Series win at Martinsville Speedway in April while leading a race-high 95 laps, and he has recorded eight top-10 finishes in his 14 starts for the team this season. In recent weeks, Berry had subbed for Annett in the races at New Hampshire Motor Speedway and Michigan International Speedway. Berry finished in the top 10 in both races, and he flirted with a win at Michigan before ultimately settling for a fourth-place finish.