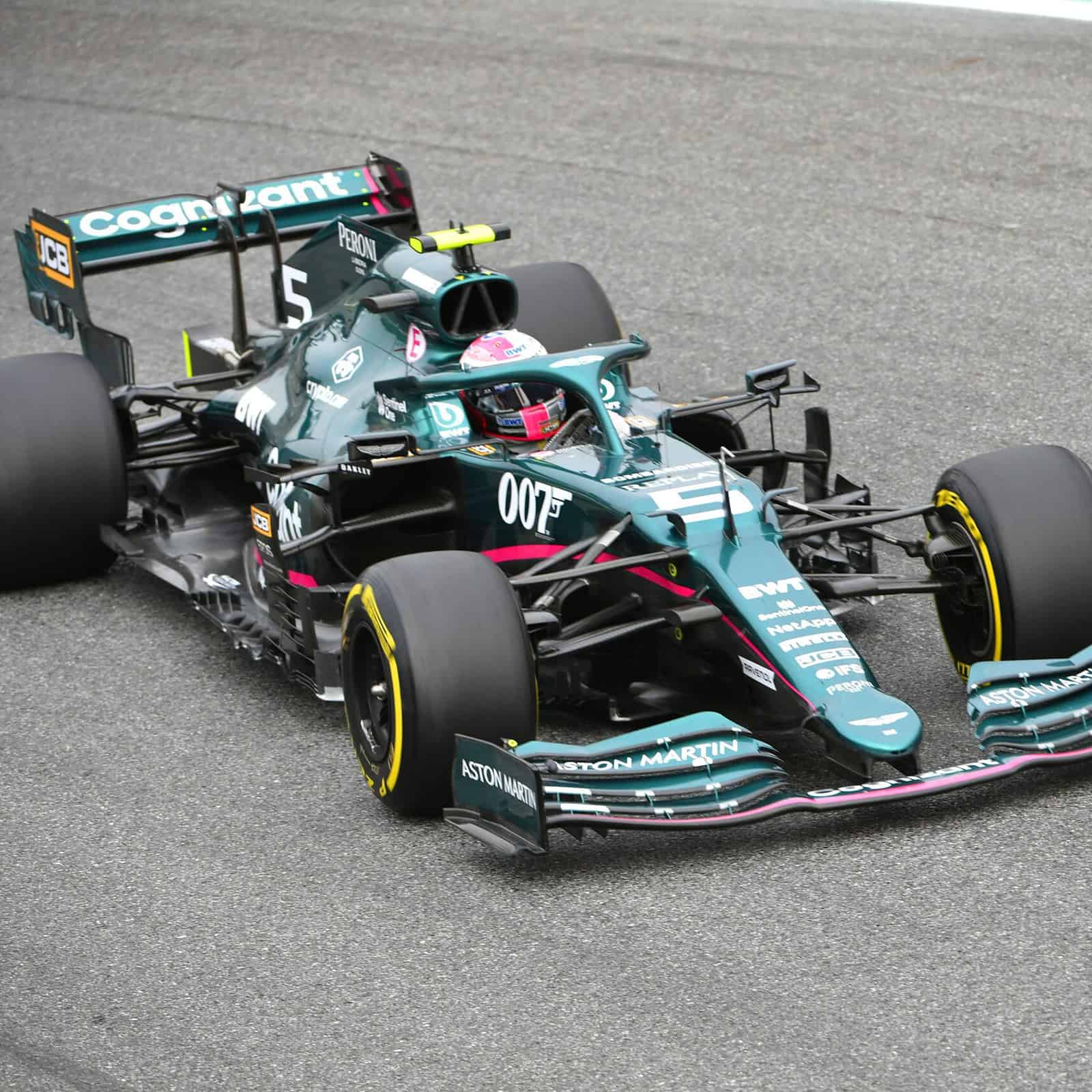 With Formula 1 taking the weekend off before returning in Sochi, Russia, the news cycle has been somewhat quiet. That, of course, does not mean that are not a few things to check on as the sport heads off for the penultimate race at the Sochi Autodrom.

– Aston Martin announced that the team would retain Lance Stroll and Sebastian Vettel for the 2022 season. In many ways, this announcement seems like it was both obvious and one that could have been made before the summer break at the beginning of August.

What is the rationale for waiting to deliver this news? There seemed to be little reason to suspect that anyone other than Stroll and Vettel would be behind the wheels for the team.

The statistics do not make the case for either driver, and that is what is kind of funny. The team is currently languishing in seventh place, despite fighting for third and finishing fourth in 2020.

The regulations this year compromised the A-M team concepts, and rather than fight a one-year fight to maintain their position near the front of the grid, the team has instead put the focus on 2022, as many teams have.

Indeed, the results bear this out. Stroll has been up and down and mediocre all season. He finished in 11th last year, but is only 13th during this one. He has two DNFs and finished out of the points on five other occasions. But there was little reason to believe that he would not remain with the team that his father, um, owns.

As for Vettel, in a peculiar twist, he seems to be driving better for A-M than he did for Ferrari. That is a statement that would only usually make sense if one were living in an alternate universe. Last year, Vettel finished 13th in the standings and appeared all too happy to walk away from Scuderia. This year, he sits 12th in the standings and has already finished second, something he failed to do in 2020 – and would have done so twice had his car had the required fuel left in its tank after the Hungarian GP.

In a way, Vettel is trending up even as the team is middling its way through a murky season where it is not quite sure how to proceed. Should A-M bring a decent car to the track in 2022, they might just move back to the front with a rejuvenated former champion leading the way. Don’t be surprised.

– Red Bull let it be known this week that the cause for their uncharacteristically slow stop on Max Verstappen’s car came about because of the new rules centered around slowing pit stops.  Of course, team principal Christian Horner did not exactly state how the new rules led to the team botching it.

He described the issue as coming from a human error because of the new rules that apparently affected the front right tyre change. That is pretzel logic at best. To say that the rule caused the human error is a bit peculiar.

Horner seems to be doing his best to protect his driver, which is exactly what he should be doing. At the same time, maybe he should not try to be so convoluted in how he does it.

He has already taken the American political route of saying that both drivers, Verstappen and Hamilton, were at fault for the collision at the Italian GP. Now he seems to be taking another tact, that of just saying something did not go well that put his driver back further in the field than was preferred but it was not his team’s fault.

The hot wind that has been blowing out of the Red Bull and Mercedes camps this year is just fascinating to watch.

– The documentary Schumacher debuted on Netflix this past week and it is worth checking out. While it would be difficult to claim that it rivals Senna, it is still another valuable addition to the F1 and motorsports cinematic canon.

Not to give away too many spoilers, but Michael Schumacher won a bunch of races and was also able to bring Ferrari out of its doldrums in the late 1990s.

Of course, one of the funny lines comes from Luca di Montezemolo, the former chairman of Ferrari, who says, “to drive a Ferrari means that if you don’t win that you’re an idiot.”  Schumacher must have taken such a statement and turned it into a personal ideology.

Though he notes during the film, “I am not a dreamer, I’m a realistic person.”

He was also a control freak and a perfectionist. And, in some ways, he was delusional, so focused on winning that he often could not see that he was wrong or had made an error.  His former manager, Willi Weber, stated that, “He was born under the sign of Capricorn. And a Capricorn never apologizes. Can’t apologize, never admits mistakes, mistakes do not exist.”

For Schumacher, that seemed to permeate his world. His focus was so singular when at the track that he could not see anything else but being competitive and what it would take to win.

The film is a great way of remembering his career, but it is also just as important to be able to look back at an era of racing and hear the stories from drivers still around to tell them. The footage and voices provide a wonderful way of enjoying something that happened not all that long ago yet seems so far.