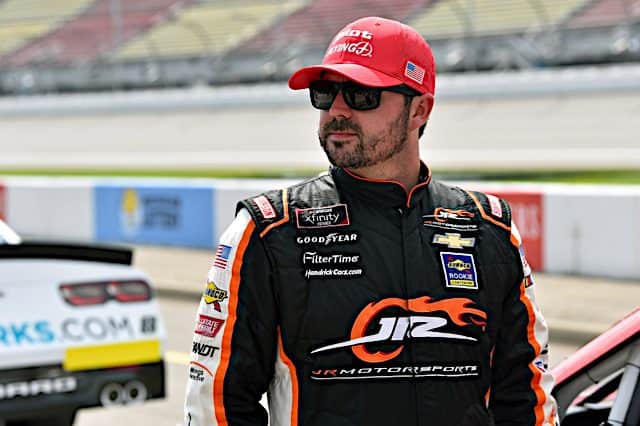 For the second consecutive week, Josh Berry will substitute for the injured Michael Annett in the No. 1 Pilot/Flying J Chevrolet at Las Vegas Motor Speedway, JR Motorsports announced Monday (Sept. 20).

Annett suffered a fracture in his right femur earlier in the season, forcing him to miss five races while recovering from surgery and rehabilitation. The Des Moines, Iowa native missed his fifth race of the season this past weekend at Bristol Motor Speedway after re-aggravating the injury.

The absence in those races dropped Annett out of playoff contention, concluding in his elimination following Bristol.

No. 1 team update: As @michaelannett continues to heal from a stress fracture, @joshberry will drive the @pilotflyingj entry at @lvmotorspeedway. pic.twitter.com/WT5DxIXOer

Berry has made 14 starts with JRM this season, winning at Martinsville Speedway in April. He has tallied five top fives and 10 top 10s in his tenure with JRM thus far. The 30-year-old filled in for Annett at New Hampshire Motor Speedway, Michigan International Speedway and Bristol, with finishes of eighth, fourth and 35th, respectively.

He finished seventh in his Las Vegas debut in March behind the wheel of JRM’s No. 8.