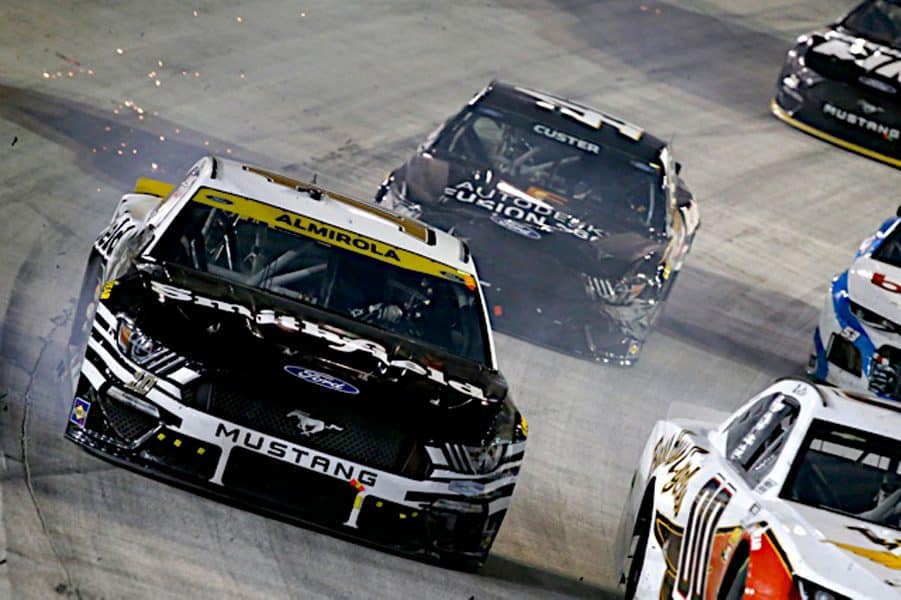 The crew chiefs of the No. 19 of Martin Truex Jr. and the No. 10 of Aric Almirola have each been fined $10,000 following lug nut infractions found during post-race inspection in the NASCAR Cup Series on Sept. 18, NASCAR announced Sept. 21.

Both Mike Bugarewicz of the Stewart-Haas Racing team and James Small of Joe Gibbs Racing were fined after NASCAR officials found their wheels were not properly installed at the end of the race at Bristol Motor Speedway.

The penalty is monetary only; no points were deducted from either the championship-contending No. 19 team or the No. 10, which was eliminated from the playoffs Saturday night.

On the Xfinity Series side, both the Justin Allgaier No. 7 and the No. 18 team of Daniel Hemric were penalized for the same infraction as the two Cup teams. Crew chiefs Jason Burdett and Dave Rogers were fined $5,000 each, with no points deducted.

In the Camping World Truck Series, only the No. 88 team of Matt Crafton was penalized for a lug nut infraction. The crew chief of the ThorSport Racing team, Carl Joiner Jr., was fined $2,500.

Wow! That penalty ruined their season! That will never happen again.