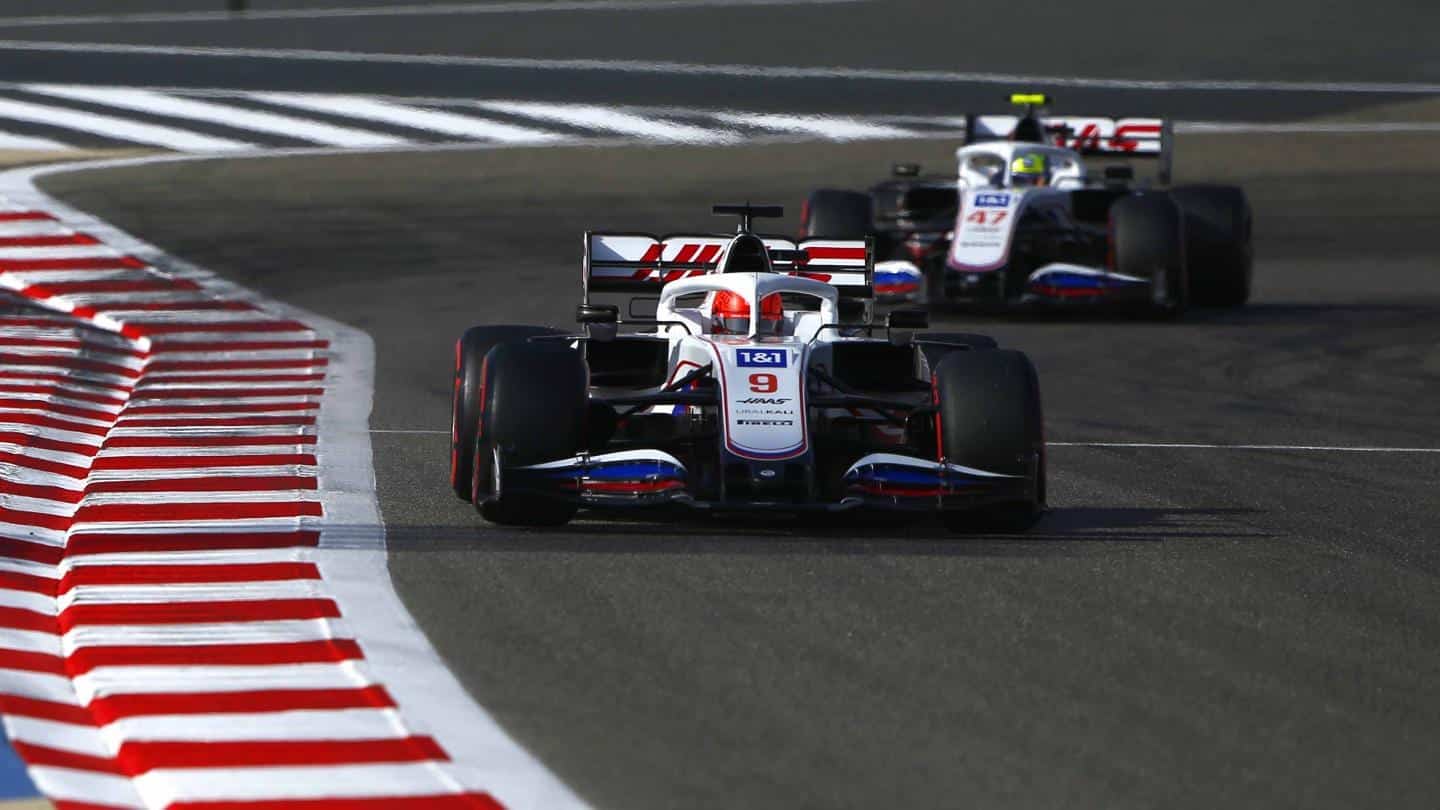 At the beginning of the 2021 season, Nikita Mazepin was looked at as the laughing stock of Formula 1. Although pay drivers aren’t uncommon, (see: Lance Stroll, Nicholas Latifi and pretty much the whole Formula 2 grid) the Russian rookie made headlines that rippled through the F1 world. Both his dangerous driving in F2 and an inappropriate Instagram video posted just prior to last Christmas made others wary of his promotion.

Mazepin’s career was judged before it even began with many in the F1 community openly criticizing him. YouTubers like John Warren and Josh Revell made videos on the subject and a lot of pressure was put on the young Russian ahead of Bahrain’s season opener in March.

Six months later, as F1 heads to Sochi, Russia for Mazepin’s home Grand Prix, it’s time to take a deepdive into how his career has evolved.

With a lot of pressure ahead of his first Grand Prix in Bahrain, Mazepin gave the critics the one thing they were worried about, right off the bat.

Spinning countless times in both testing and practice, Mazepin’s first race lasted all of 30 seconds when he wrecked in the third corner and posted a DNF. The incident was probably the worst thing to happen to him, instantly causing memes, jokes and Twitter insults as far as the eye could see.

While not truly indicative of how his race could’ve gone, it was a bad first impression for the rookie.

After a 17th-place run at Imola, two laps off the pace, we fast forward to Portimao where Mazepin ran into more trouble. During the race, Sergio Perez somehow managed to make a set of tires last almost 50 laps, taking the lead and trying to head off a dominant Lewis Hamilton.

Well, Mazepin had other plans for poor Perez.

Throwing a few massive blocks on the Red Bull driver, Perez’s strategy went out the window while trying to pass Mazepin’s slower car. It was a costly roadblock, as Perez was eventually passed by winner Lewis Hamilton.

The rookie was given a five-second penalty for his antics and hit with a penalty point. Mazepin later issued an apology to Perez, who repeatedly called the rookie an “idiot” on the radio as the incident unfolded.

From there, the freshman F1 driver posted two more finishes outside the top 15, running at least two laps off the pace in each event. Then came Azerbaijan, where Mazepin posted his first lead-lap finish, a career-best 14th in a caution-filled race. He managed to avoid most of the carnage, which was a respectable achievement.

However, something always has to go wrong, it seems, with this driver and it did.

Coming to the line, teammate Mick Schumacher attempted to pass Mazepin under Drag Reduction System (DRS). Mazepin made a dangerous blocking attempt, a move which nearly resulted in a 250+ kilometer accident. Schumacher made the pass anyway and was livid with his teammate, claiming he tried to kill them both.

For the next few months, Mazepin took his lumps at the back of the field, finishing in the top 15 just once (a 14th at Hungaroring). But even in that race, he crashed out, struggling to keep up as the Haas F1 team doesn’t have the speed to contend for points finishes.

At the rain soaked Belgian Grand Prix, although only a single official lap was run under the safety car, Mazepin picked up the fastest lap… somehow.

It was a cool thing to happen nonetheless in what’s otherwise been a dreadful season.

Mazepin’s bad news cycle resumed in Holland, where a dispute between he and Schumacher resulted in another argument between the two drivers. Mazepin was upset his teammate passed him in qualifying, claiming he doesn’t “like people who are cheeky and who show their true nature in the battle for 19th place.” The incident even caused Schumacher’s family to openly rebuke the Russian driver.

After these incidents, word was spreading around the paddock that the two hated each other, a rumor which Haas quickly dismissed. However, a recent interview from Schumacher makes it look like the relationship between the duo remains fairly strained.

Rumors have persisted Schumacher could be moved to Alfa Romeo next season, a switch he repeatedly denies. Will the rift with Mazepin force Haas’ hand?

Finally, in Monza, Mazepin wrecked Schumacher in the second chicane. It was another blow to their already strained relationship and caused another post-race apology from the freshman to Schumacher.

In conclusion, the year has played out exactly like most critics expected. Unfortunately, it’s hard to find much of anything positive Mazepin has done.

Off-track, I’d argue that’s not the case. This rookie seems to have done a lot of growing and really improved in the personality department. Italy’s apology was a small step in the right direction.

You also have to consider how he takes all the memes and jokes in stride. Doing so has helped increase Mazepin’s popularity among the fan base. While he’s still nowhere close to a Kimi Raikkonen or Sebastian Vettel, people have come around to at least tolerating the Russian a bit more.

Mazepin has also opened up as the year has gone on, answering questions about his crashes on social media. He even bought Haas team principal Guenther Steiner a “FOKSMASH” door after Steiner got him a spinning top as a joke. The young driver seems to be working hard to improve his attitude while racing on the highest level of motorsports in the world.

While I hope Mazepin gets better, in the current Haas car, that isn’t gonna happen. 2022 might be a different story, but it’s still an uphill climb going forward for this team.

I never want to see anyone fail in F1. Unfortunately for Mazepin, he still has a lot of work to do before he can convince the rest of the F1 paddock to think the same way.