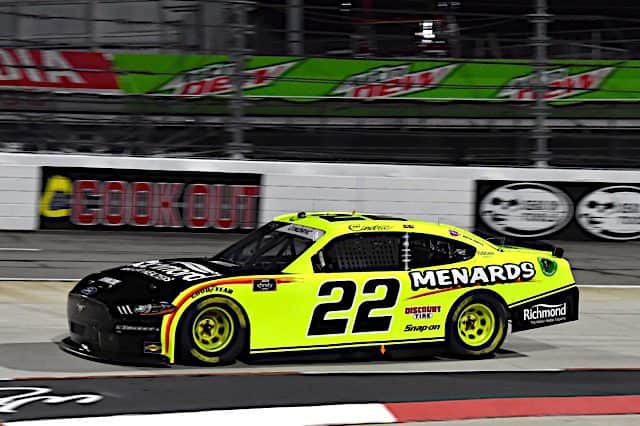 It’s time for the 2021 NASCAR Xfinity Series playoffs and Austin Cindric will lead the field to green in their debut at Las Vegas Motor Speedway.

The remaining playoff drivers, Myatt Snider, Jeremy Clements and Jeb Burton, will line up 12th-14th, respectively. All NASCAR playoff drivers are guaranteed to start at the front, but in this case, there are actually 14 such drivers and teams with JRM’s No. 8 and JGR’s No. 54 making the car owner playoffs. Sam Mayer will start 11th for JRM’s No. 8 in the quest for that title.

As expected, Timmy Hill did not qualify for the race.

The lineup was set by a formula that is based on the driver’s and team’s performance. Driver’s and car owner’s finishing position (weighted 25%), fastest lap from previous race (15%) and owner points ranking (35%) were added together to form a total. The driver with the lowest number starts on the pole, then the next lowest, etc. until all spots are filled.