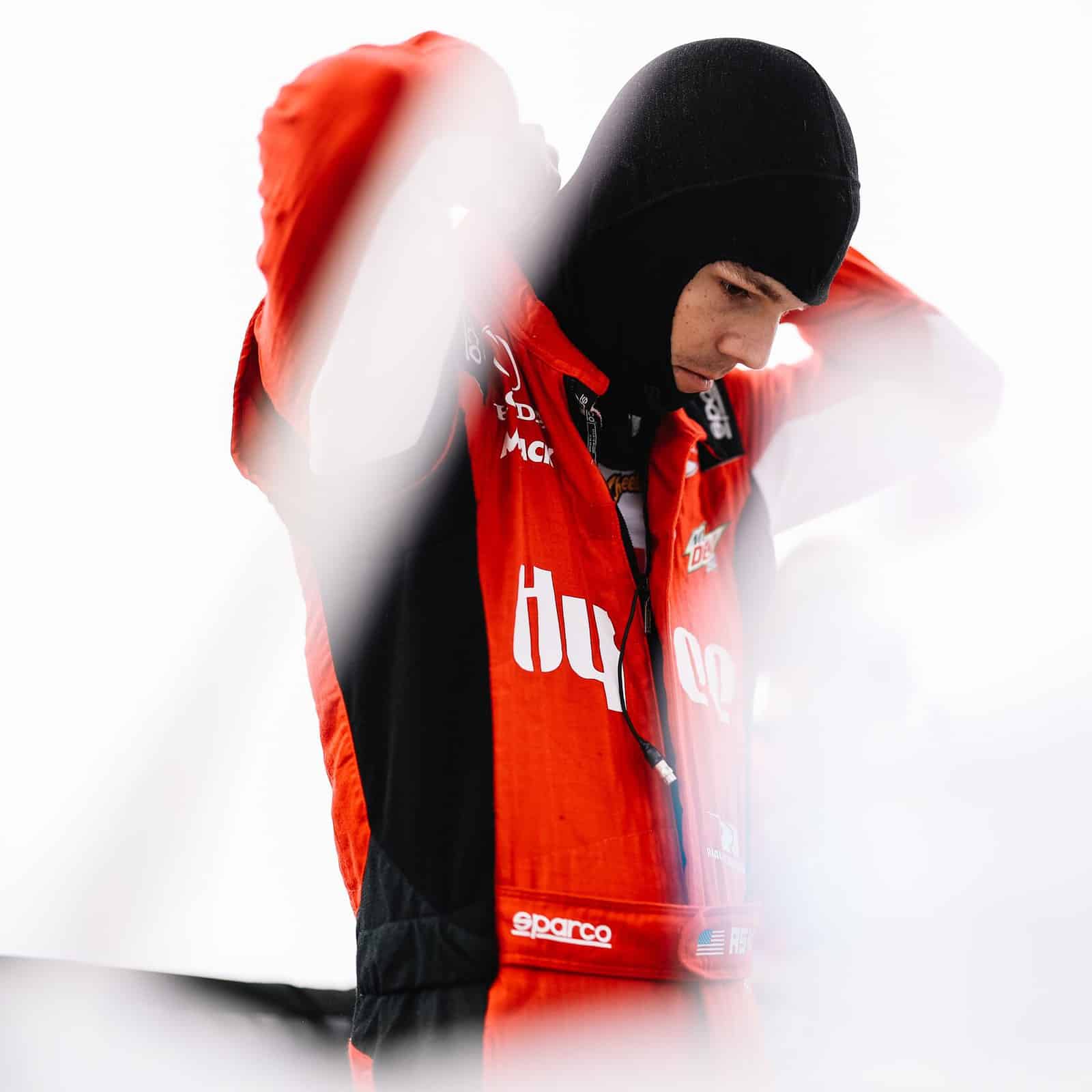 In a three race deal with Rahal Letterman Lanigan Racing, the Jupiter, Florida native will race in Sunday’s (Sept. 26th) Acura Grand Prix of Long Beach in an attempt to become a full time IndyCar driver in 2022.

“I think right now, each race that I’m competing in an Indy car needs to be raced like it’s my last,” Askew said. “I think a good chunk of drivers have to race with the same mentality because it’s a cutthroat series, especially in this day and age. There’s a lot of new, young talent coming through and as we’ve seen in the last couple years with multiple drivers, the future is never really secure even if it’s on paper. I’m racing like it’s my last one.

“I hope it’s not, but reality is that the seats don’t come by very often and there’s very little open next year, so some of that is out of my control, but what’s in my control is just going out there and doing the best that I can. I will land somewhere next year, could be in a different series, could be here, who knows, hopefully we get that sorted out in the next couple of months.”

Askew currently doesn’t have a seat for the 2022 IndyCar season and opportunities may be closing at a rapid rate if silly season conjectures turn out to be factual. However, Askew has had his name around different teams during the 2021 season.

In 2021, Askew has raced for three different teams in various IndyCar venues as a fill-in due to injury. At Detroit, Askew raced for Arrow McLaren SP in place of Felix Rosenqvist after the Swede’s throttle stuck open before a corner causing a crash that sidelined Rosenqvist for two races. In the next race at Road America, Askew substituted at Ed Carpenter Racing for Rinus VeeKay after the Dutch racer broke his clavicle in a cycling accident.

Those performances helped Askew land a tryout with Rahal Letterman Lanigan Racing over the final three races in the hopes his IndyCar journey continues.

“Those two races that I did where I filled in at the beginning of the year were I think crucial to kind of getting me back into the sport,” Askew said. “I always say that it’s very easy to be forgotten if you’re not active.”

The 2019 Indy Lights champion drove for Arrow McLaren SP in 2020 before a concussion at the Indianapolis 500 led to a drop off in performance that culminated in dismissal after a season that started with much promise.

After all, Askew was leading the rookie of the year points before Indianapolis with a podium finish at Iowa. However, the racing business sometimes can’t always be fair and the 2017 USF2000 champion found his seat taken by Rosenqvist for 2021.

After Rosenqvist’s accident at Detroit, Askew got the call to prepare to race in Sunday’s part of the Detroit doubleheader despite having never driven a lap of the circuit, but there was a deeper connection.

“I think we showed the paddock that there was no bad blood there, there never was any contrary to popular belief, it wasn’t a bad split,” Askew said.

Askew’s ability to not get himself in trouble at Detroit helped Ed Carpenter make up his mind that Askew should fill in for VeeKay at Road America. Askew led late but had to stop for fuel, but that performance kept his name appearing in the paddock, leading to a chance to race at the final three races for RLL.

Portland didn’t necessarily end the way Askew wanted. After spinning in the first corner melee, Sebastien Bourdais hit Askew’s car later in the race, causing another spin. While trying to get the car back in gear, the clutch became inoperable and the race was over for the No. 45 entry.

At Laguna Seca, Askew felt right back at home. It was at Laguna Seca that Askew won the first Mazdaspeed Scholarship in December 2016 that started his racing career. Three years later, Askew clinched the Indy Lights championship that led to his stint in IndyCar racing.

“It’s probably the most memorable track that I’ve ever competed at,” Askew said. “Without those scholarships, I wouldn’t be at this point, my career wouldn’t be anywhere near this point, so to win two scholarships there, yeah, they’re both extremely crucial for me getting to IndyCar.”

Askew’s previous experience at Laguna Seca was critical in helping his performance that weekend. The weekend began with a sixth place in the first practice session and quick time in the second group of round one of knockout qualifying. Fourth fastest in round two of qualifying led to Askew finishing fifth in the final round of qualifying.

“It’s not the first time that I’ve been competitive through a qualifying session, so I know what I’m capable of,” Askew said. “It’s just finding that right balance in the car and having a car that allows me to bring out that lap time and pace and the car I had there in Laguna. Both Graham (Rahal), Takuma (Sato) and I felt very comfortable with it and honestly Graham probably should’ve made it into the Fast Six as well without that spin.

“After the two strong qualifying performances both in Portland and at Laguna I think that shows that it seems like this team has taken a step in qualifying. Normally that’s been their weakness but hopefully we can have another strong Saturday this weekend.”

After 95 laps around Laguna Seca, Askew finished ninth, his first top 10 finish since the second race of the Iowa doubleheader in 2020.

Moving ahead to Long Beach, preparation for Askew included a day in his own simulator (iRacing) and watching film, so there isn’t as much of a deep end factor as there was in Detroit. Askew has been to Long Beach as a fan, but this will be the first chance he will be able to take laps around the 11 turn, 1.968-mile street circuit.

He’ll be doing so with teammates that finished first and second at Long Beach in 2013 with Sato winning over Rahal. Askew’s working dynamic is a bit of an odd one in that he’s working with a team owner’s son as one teammate and one of Honda’s most loyal drivers as the other.

To say that Askew might’ve felt like a fish out of water was an understatement.

“At first it seemed like they really weren’t sure about me,” Askew said of his teammates. “Like who is this new guy coming in, but it didn’t take long until we meshed together a bit better and started having some kind of dialogue. I have immense respect for both of them and I’ve learned a lot from them the past two weekends.”

The Acura Grand Prix of Long Beach will be Sunday, Sept. 26th at 3 p.m. ET on NBC Sports Network.