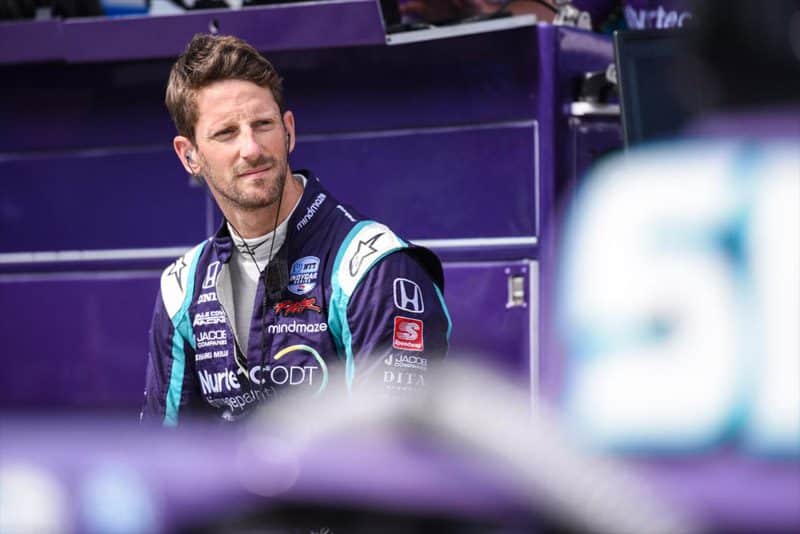 “(Romain) already had an impressive resume before coming to IndyCar, and watching what he’s been able to do in his rookie season here has been exciting to say the least,” team owner Michael Andretti said in a team release. “His vast motorsport experience will be beneficial to the team alongside our already strong 2022 driver lineup.”

After a 179-race career in Formula 1 that saw him earn 10 podiums, Grosjean made the switch to IndyCar in 2021 and was signed to drive the No. 51 Nurtec OTD Honda for Dale Coyne Racing with Rick Ware on the road courses and street circuits. The August race at World Wide Technology Raceway was also added to his schedule in the middle of the season, marking his first on an oval in the IndyCar Series.

In his 12 IndyCar starts this season, Grosjean has netted a pole and three podiums, including a third-place finish in last weekend’s race at WeatherTech Raceway Laguna Seca.

With primary sponsor DHL remaining onboard for 2022, Grosjean will replace the departing Ryan Hunter-Reay, who in 12 seasons with the team won 15 races, the 2014 Indianapolis 500, and the 2012 IndyCar Series championship.

The season finale, the Acura Grand Prix of Long Beach at Long Beach Street Circuit, will be held on Sept. 26 at 3 p.m. ET, with TV coverage provided by NBC Sports Network.