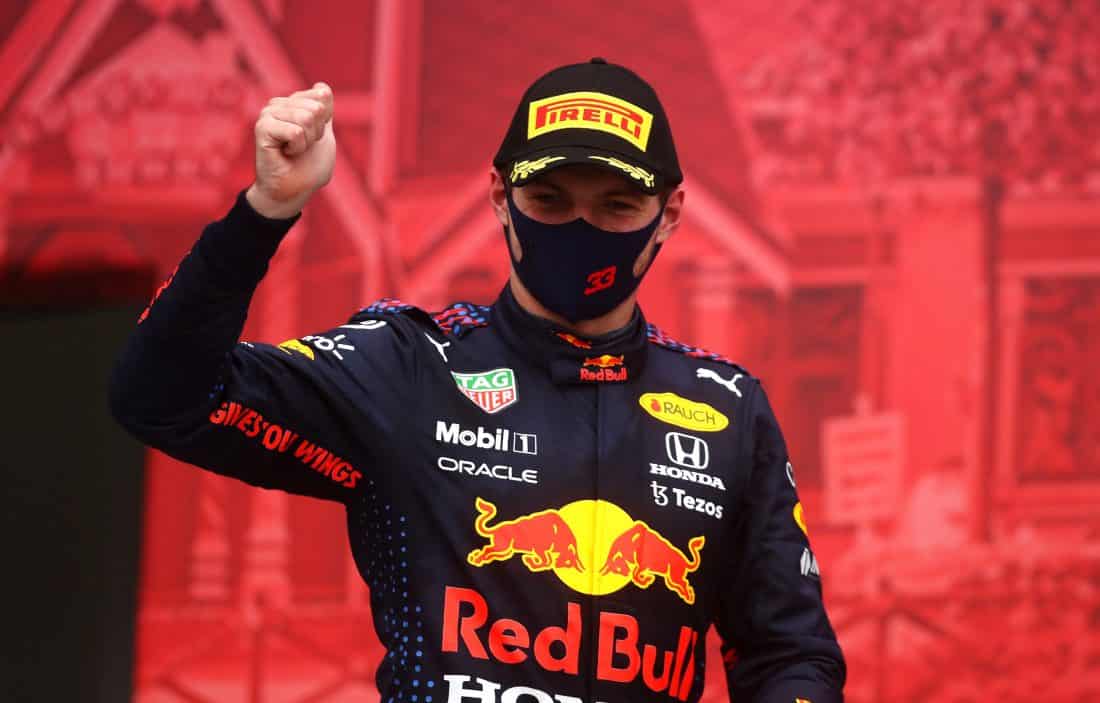 Without looking at the starting grid, it can be easy to look at the results of the Russian Grand Prix as a disaster for Max Verstappen.

The Dutchman finished second and lost the points lead to race winner Lewis Hamilton. In reality, however, Verstappen’s second was an absolutely astonishing result, as the 23-year-old driver had to start dead last in 20th due to an engine change on his Red Bull car.

By lap 11, Verstappen was already up to 11th, but wasn’t able to rise above sixth thanks in part to pit strategy for the rest of the day until rain came in the closing laps of the race. Verstappen came into the pits fairly early, switched to intermediates and was able to pass a gaggle of cars that stayed out for too long to end up second.

Russia was the 11th podium this season for Verstappen, equaling his career high.

“It was pretty tricky on the in-lap to make the call with the inters, but at one point it was really, really slippery,” Verstappen told Sky Sports after the race. “I think we decided at the right time to pit, because if we had gone one lap earlier, we probably would have destroyed the inters in the last sector.

“To come from last to second, of course, is very good. The race itself wasn’t easy because it was difficult to pass and once you got stuck [behind another car], very easy also to damage your tires. Luckily with the rain, it helped us make that last jump. With the penalty we had and to lose only one spot basically is definitely not too bad. I… didn’t expect this result.”

Verstappen left the race down by two points (246.5-244.5) to Hamilton in the World Drivers Championship. The next race on the Formula One calendar, the Rolex Turkish Grand Prix, will be held in two weeks on Sunday, Oct. 10.

LADNER: IS F1 SENDING A MESSAGE TO MAX VERSTAPPEN?